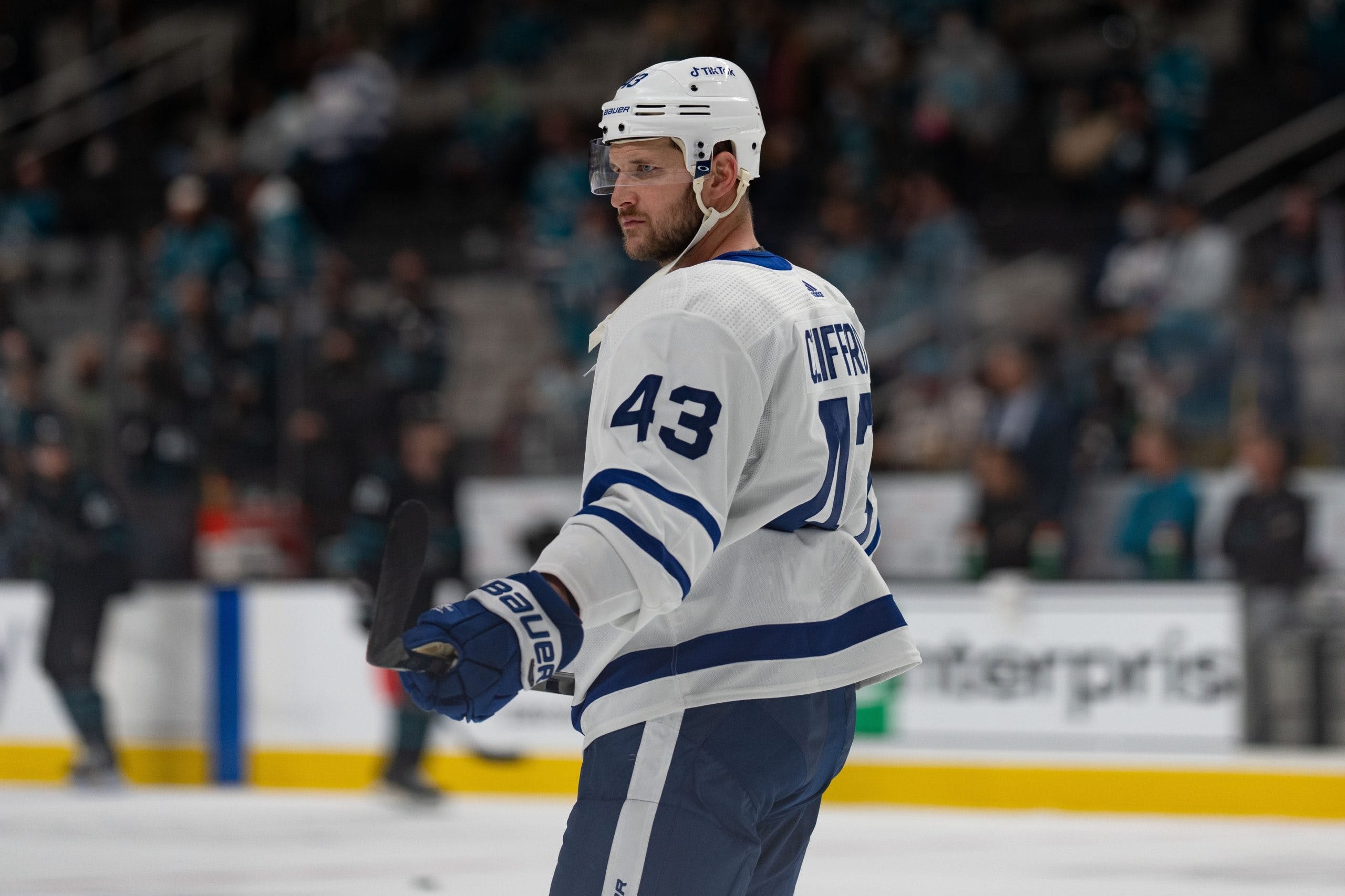 By Dylan Murphy
8 months ago
With the NHL trade deadline fast approaching, there’s still no consensus within the fanbase or the media on what the Toronto Maple Leafs biggest area of need is.
For what seems like months now, the common perception on the team’s most dire need is a stereotypical ‘tough’ defenceman in the style of Josh Manson or Ben Chiarot. The kind of guy who cannot move the puck to save their life, but who keeps the front of the net clear and makes life difficult for opposing forwards. More recently, with the injury to Jack Campbell and Petr Mrazek making himself a non-option at the NHL level, the focus is now on goaltending as the area they most need to upgrade in. A few weeks ago, Kyle Dubas stated that he was likely to only make one move at the deadline “probably on defence.”
It is not known whether the GM’s approach has shifted in light of the goaltending issues, such as if an extra move is now in the cards, or whether his one trade will now get bigger to try and address multiple areas of need. On the most recent edition of The Chris Johnston Show, the NHL insider mused that the Leafs “had to be looking at goaltending now” and stated that management had already been gauging the market. Whatever plays out in the next week, there’s an argument to be made that the Leafs can address one perceived area of weakness from within.
The lamentation of many that the Leafs are not a “tough enough” team is one that, in my opinion, is extremely overstated. While it is at times valid that the Leafs don’t engage physically, that’s usually because they’re dominating puck possession and if you’re throwing hits while your team has the puck, well… that’s how you take penalties.
Acquiring “one hard-hitting defenseman” won’t solve Toronto’s issue with staying physically engaged when games aren’t going their way, because one player can’t play 60 minutes and hit everything that’s moving. Wayne Simmonds or Kyle Clifford can’t do that on their own.
Toughness in hockey cannot be measured in individuals. Sure individual players, like the just-traded Josh Manson can get reputations as tough guys, but much like how successful teams don’t put the pressures of goal-scoring squarely on the shoulders of one player, toughness is another aspect that needs to be undertaken as a team. And for the Leafs that process seems to be taking shape.
Check out the above clip but instead of looking at Lyubushkin, check out his defence partner Dermott on the right side of the frame. He sees Lyubushkin and then does the same thing to the forward he’s covering. This team is bringing a physical aspect to their game when they need to. In the game against Arizona last week, the Leafs out-hit the Coyotes 42-30. In the Heritage Classic game against Buffalo, both teams had 30 hits, and it’s not just the players at the lower end of the lineup, the stars are engaging (even when it sometimes gets them suspended.)
Any player at any time can do their part to help their team get the physical edge on their opponents. Take, for instance, Newfoundland Growlers forward Orrin Centazzo, who is listed on the team’s website as 5’8 and 163 pounds. Despite his smaller stature, the rookie forward never shies away from throwing a hit or squaring off with an opposing player during a post-whistle scrum and standing up for himself.
“I love it, I like kinda getting chippy and stuff. I just kinda keep my head level and play my game and try to stick to the rules. It’s fun (to get involved physically) though,” Centazzo said after a 9-4 win over the Trois-Rivieres Lions on Mar. 12 that nearly went into full line-brawl mode on a couple of occasions.
“I think a team can become tougher, you don’t necessarily need to go get it,” said Growlers head coach Eric Wellwood “I think if the boys decide they want to play hard, you can just do it. Even the guys that are, quote, ‘softest in the league’ can play hard.”
“They know the work ethic that I want and, and how hard to play,” Wellwood continued. “You can see it, (in a player like Centazzo,) you don’t have to be big in order to do that. You can find toughness within.”
So in summary, I don’t believe in acquiring toughness for the sake of it, as it seems like a waste of assets that can be better put to use acquiring help at the goaltending position or getting a high-skill defenceman who can play top-4 minutes.
More From TheLeafsNation:
Content
Recent articles from Dylan Murphy