The Leafs have hired Dean Chynoweth as an assistant coach 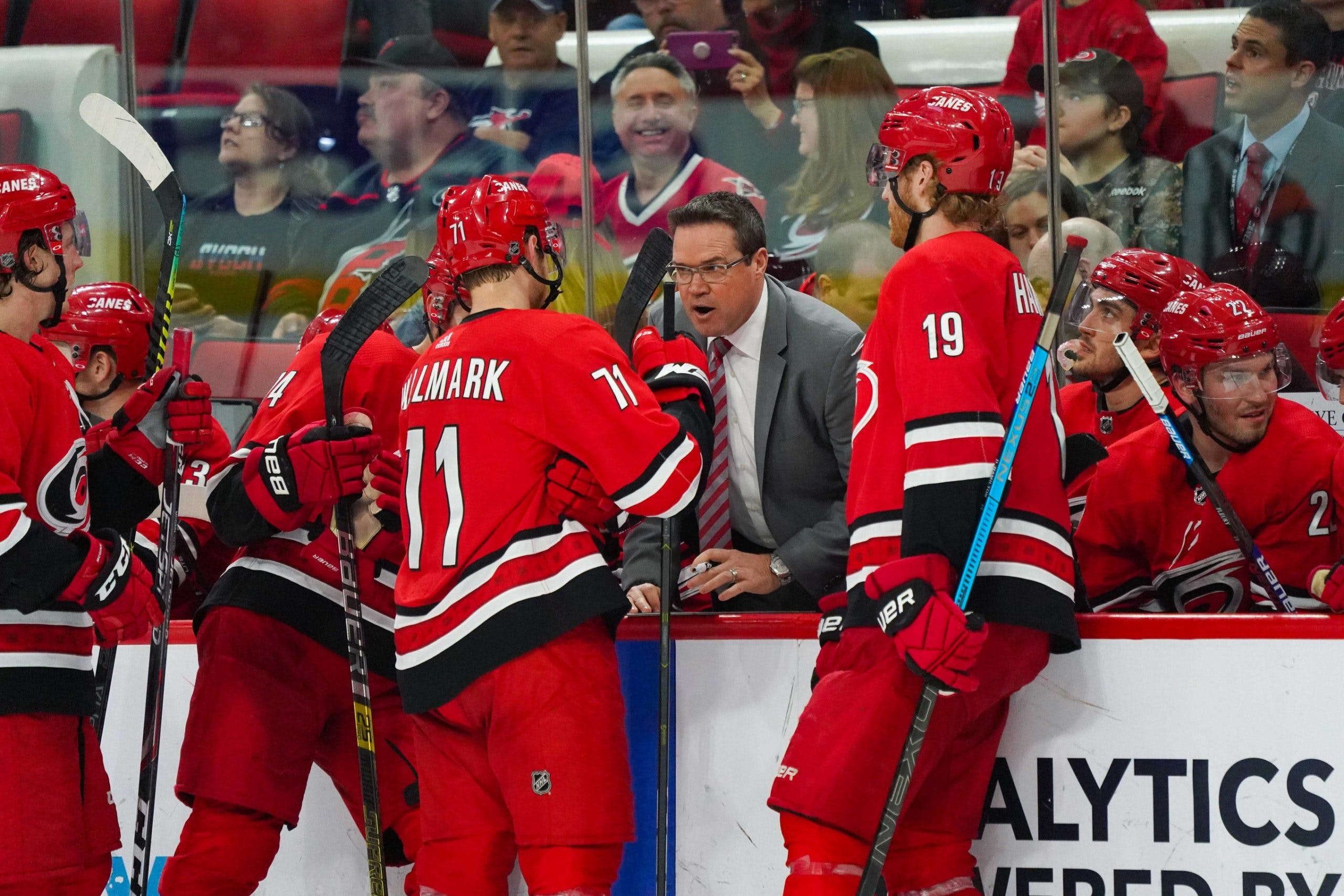 By Michael Mazzei
1 year ago
After weeks of speculation, the Leafs have finally announced who will be replacing Dave Hakstol on the bench for 2021-22. It turned out to be someone no one expected would be in the running for the job.
Dean Chynoweth had spent the past three seasons as an assistant coach of the Carolina Hurricanes, who have proven to be one of the best defensive teams in the league. During that three-year span, the Hurricanes had allowed a combined 2.64 GA/G (In that same stretch, the Leafs have allowed 2.95 GA/G). They also boasted one of the best penalty-killing units in the NHL, finishing eight, fourth, and third in each of the past three seasons.
Kyle Dubas and Sheldon Keefe surely think that Chynoweth can carry over those results to Toronto and make the Leafs an even better defensive team than they did last season where they averaged 2.64 GA/G. It may not be an assistant coach that can bring some much-needed creativity to the struggling power-play (i.e. Bruce Boudreau), but it does signal that the Leafs want to double down on being better in their own end and making the goalies life much easier.
There is another aspect to this signing that is worth considering. @Dougie Hamilton remains unsigned by Carolina and the team has already allowed him to begin speaking with other clubs ahead of the start of free agency. It just so happened that he spent the past three seasons with Chynoweth as an assistant coach and had a lot of individual success, including producing an impressive 0.85 PPG in 2019-20 (which equates to roughly 70 points in an 82 game campaign) before an injury sidelined him for months. If he wasn’t already interested in returning home to his childhood team, perhaps the presence of Chynoweth could help persuade him enough to commit.
Then there is rookie phenom @Alex Nedeljkovic, whom the Hurricanes are reportedly not interested in giving him a qualifying offer because of his arbitration award potential. Should the goalie also become a free agent, he may also want to work with an assistant coach who was able to help him become a Calder Trophy finalist in his first full season.
I guess what I’m trying to say is that this decision to bring in Chynoweth as an assistant head coach could result in a domino effect that ends with the Leafs making a big splash in free agency this summer.
All stats unless otherwise noted are from Hockey-Reference.com.
Uncategorized
Recent articles from Michael Mazzei