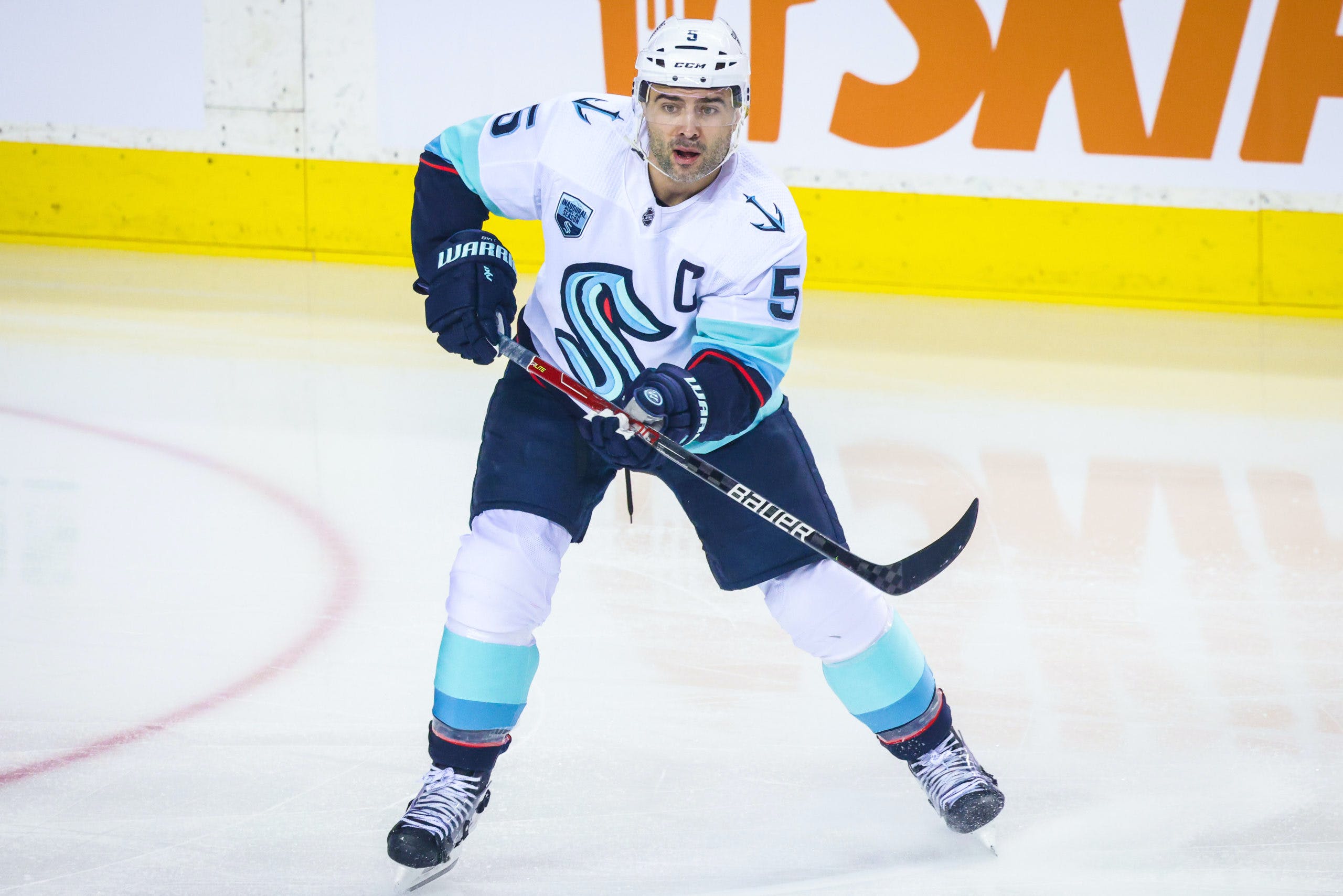 By Nick Richard
10 months ago
Welcome to another year of The Leafs Nation’s trade deadline day live tracker where we will keep you up to date on all the latest rumors and speculation involving the Leafs as the clock winds down towards the deadline.
The Leafs got what figures to be their biggest piece of business done a day early on what was a busy Sunday for the club. Before acquiring veteran defenceman Mark Giordano and versatile depth forward Colin Blackwell from the Seattle Kraken, the Leafs made a flurry of other moves to create roster and salary cap flexibility.
Toronto Maple Leafs acquire Mark Giordano and Colin Blackwell from Seattle Kraken for three mid-round draft picks
The club placed struggling netminder Petr Mrázek on waivers, clearing $1.125 million of his $3.8 million cap hit off the books. It is unlikely that he is claimed by another team but it appears that the Leafs plan to keep him in the minors after signing KHL free agent goaltender Säteri on Sunday as well. Säteri, 32, is as much a lottery ticket as anything else but he has put up stellar numbers over the last three seasons in the KHL and is fresh off a dominant showing at the Olympics where he backstopped Finland to a gold medal.
Leafs sign a KHL goaltender and waive Mrazek and Clifford to kickstart a wild 25 hours
Veteran forward Kyle Clifford also hit the waiver wire, creating space for another cheap depth forward in Blackwell.
The Leafs weren’t done there, however, and before the Giordano and Blackwell acquisitions could be made official, Travis Dermott was traded to the Vancouver Canucks in exchange for a 2022 third-round pick. Dermott was selected in the second round of the 2015 draft and showed promise early on in his career but was never able to grab hold of a top-four role in Toronto. A change of scenery was in the best interest of the player and the Leafs managed to get a decent return in the process.
Travis Dermott has been traded to the Canucks