The Leafs need an unexpected boost from within the organization 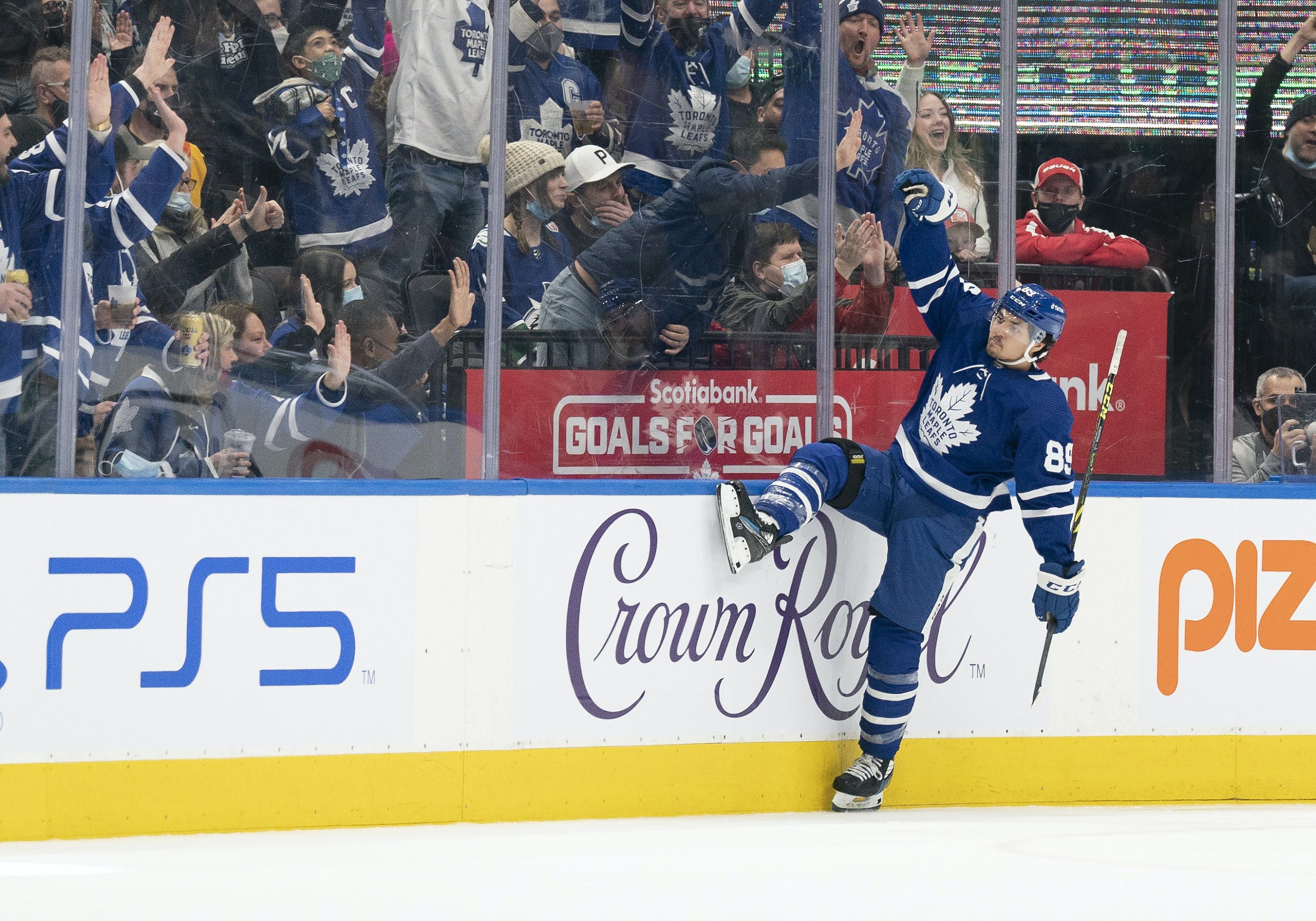 By Ryan Fancey
4 months ago
Whatever a successful 2022-23 season is supposed to look like for the Leafs – a first round win, a deeper run, a Stanley Cup? – something that is getting more difficult to pin down is what, or who, can help them get there. This team is in the weirdest of places. They are, all at the same time, a bona fide contender, cursed losers, and just flat-out terrifying to their own fanbase.
That mix makes them the most difficult to comment on at this stage in their build.
At least when this team was bad in the early 2010s we could say things like “They have no number one center” or “They just blew a first rounder on a fourth liner” or whatnot. Now, in contention mode, everything they do is fine-tuning or adjusting on the margins, and it’s always hard to determine how much those moves really turn the dial on the whole.
Don’t get me wrong, the Leafs have done extremely well in those types of moves – Giordano, Bunting, so on – but it’s tough to rely too much on those types of additions to truly put you over. I think the Leafs need something else, or at least some different kind of story when it comes to a boost in the lineup this year. Jon Steitzer talked about it just yesterday: It’s difficult to gauge how much we can expect the team to really squeeze from their existing elite core again this season.
What the Leafs are crying out for is a surprise. They could desperately use a major jolt from inside the organization, and at this point in this build, what we’ll call The Matthews Era, you’d have to think they are due, no?.
When you speculate on a team’s future any more than two or three years down the road, you should probably brace for something unexpected happening that shifts the team in a pretty major way. It’s why forecasting on cap allotment can get hairy. The Leafs have had their large ticket contracts in Tavares, Matthews, and Marner on the books for a number of years now, but what should have been the wildcard from the outset is “What if we hit another draft pick that sets themselves up for a payday?” Somewhere around 2018 this maybe should have started to cross their minds.
Unfortunately the Leafs haven’t even been teased by this idea. Mark Hunter’s coke machine experiment in the early Matthews Era has essentially left the cupboards from those years thin as hell, and even Dubas has had a tough time, usually unloading early picks to bolster the pros and pushing potential impacts down the road in the form of later round selections. There hasn’t been much of a straight-ascent prospect to give the Leafs much to think about or get them scared about new money.
I guess the good news for the Leafs is that, many times, prospects eventually emerge in weird ways, from weird paths to the pros.
For instance, what do Lightning core players Kucherov, Point, Cirelli, and Killorn have in common? None of them were taken earlier than 58th overall.
Put simply, the Leafs need someone to jump in soon (hopefully this season) that makes everyone say “I had no idea he was that good”. Maybe that’s Matthew Knies eventually, but the team would have to be hoping on a lesser-known getting there even sooner. Perhaps that’s finally Nick Robertson, or the most pro ready Alex Steeves. But then again, surprises are supposed to be just that: surprising. Like the Points and Cirellis of the world, the Leafs need someone to emerge and give them something to really think about nearer the top of the lineup. I think it’s more crucial than anything they’re looking at externally, and next to the new dice roll in net with Murray/Samsonov, the biggest factor in putting them “over” and where they want to go.
Again, we can argue about what a successful season is supposed to mean to this team and this fanbase. But propping up from within certainly would give us the feel that at least something is different this go-round.
More From TheLeafsNation.com

News
Woll gets the call, Minten continues to impress, Hirvonen heating up: Leafs Prospect Roundup
Do Not Sell My Info
Privacy Settings