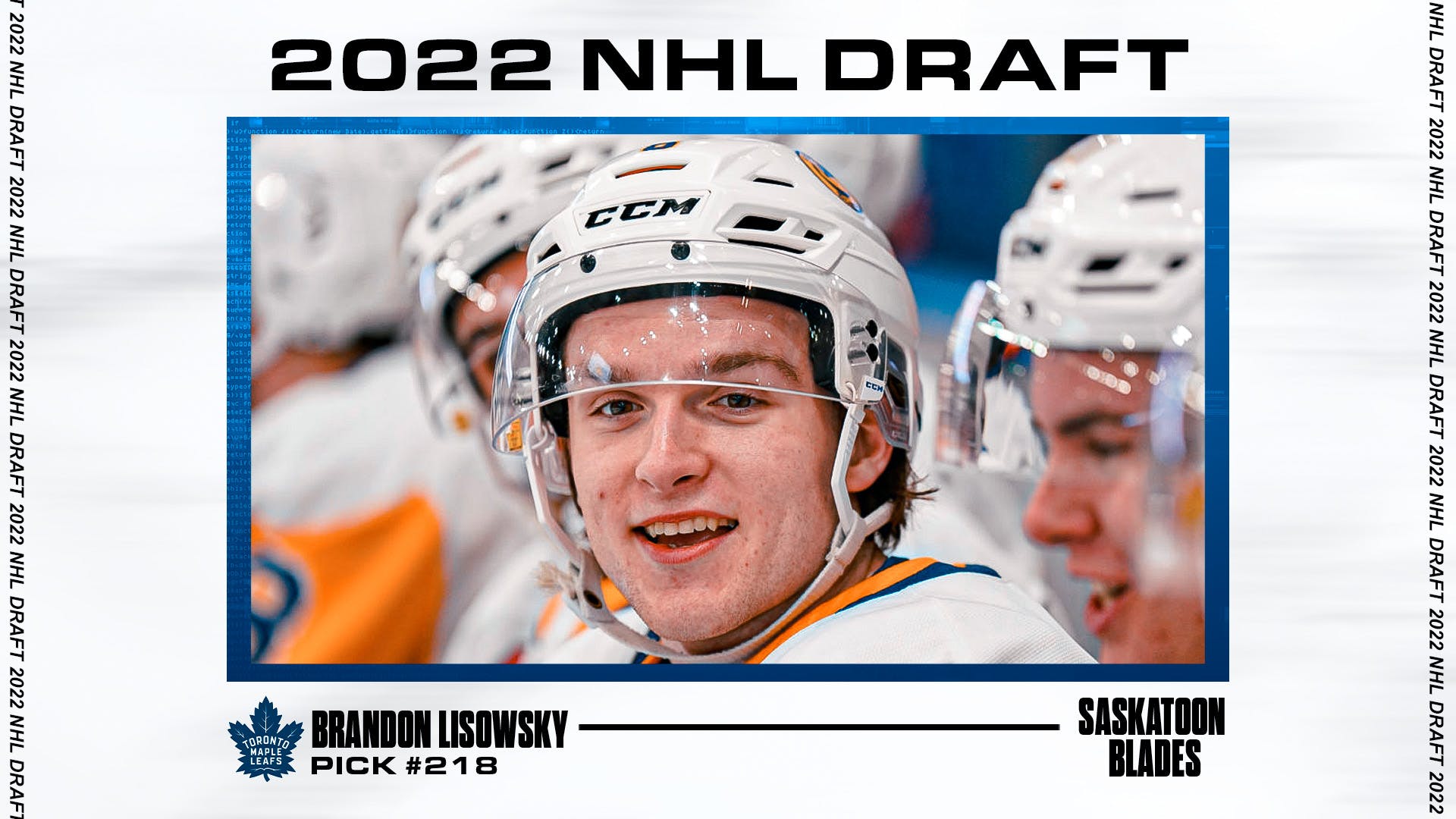 By Nick Richard
4 months ago
With their fifth and final pick of the 2022 NHL draft, the Leafs selected forward Brandon Lisowsky of the Saskatoon Blades in the WHL. He is undersized at just 5’9″ and 172 pounds but he put up strong numbers for the Blades in his draft year.
Lisowsky was very good for Saskatoon this season and his 33 goals were the third most among WHL draft eligibles, behind only Jagger Firkus and Matthew Savoie. He creates – and finishes – a lot of chances off the rush in junior with good acceleration and the ability to make skilled moves in stride but that will prove more difficult as he climbs the ranks. His greatest weapon is his shot – it is heavy, deceptive, and accurate. Lisowsky will have to diversify his offensive attack a bit as he progresses but he has legitimate upside as a secondary scorer at the NHL level.
We’ll have plenty more on all the Leafs’ moves at the 2022 NHL Draft. Stay tuned.
(Statistics from EliteProspects.com)
More From TheLeafsNation.com: