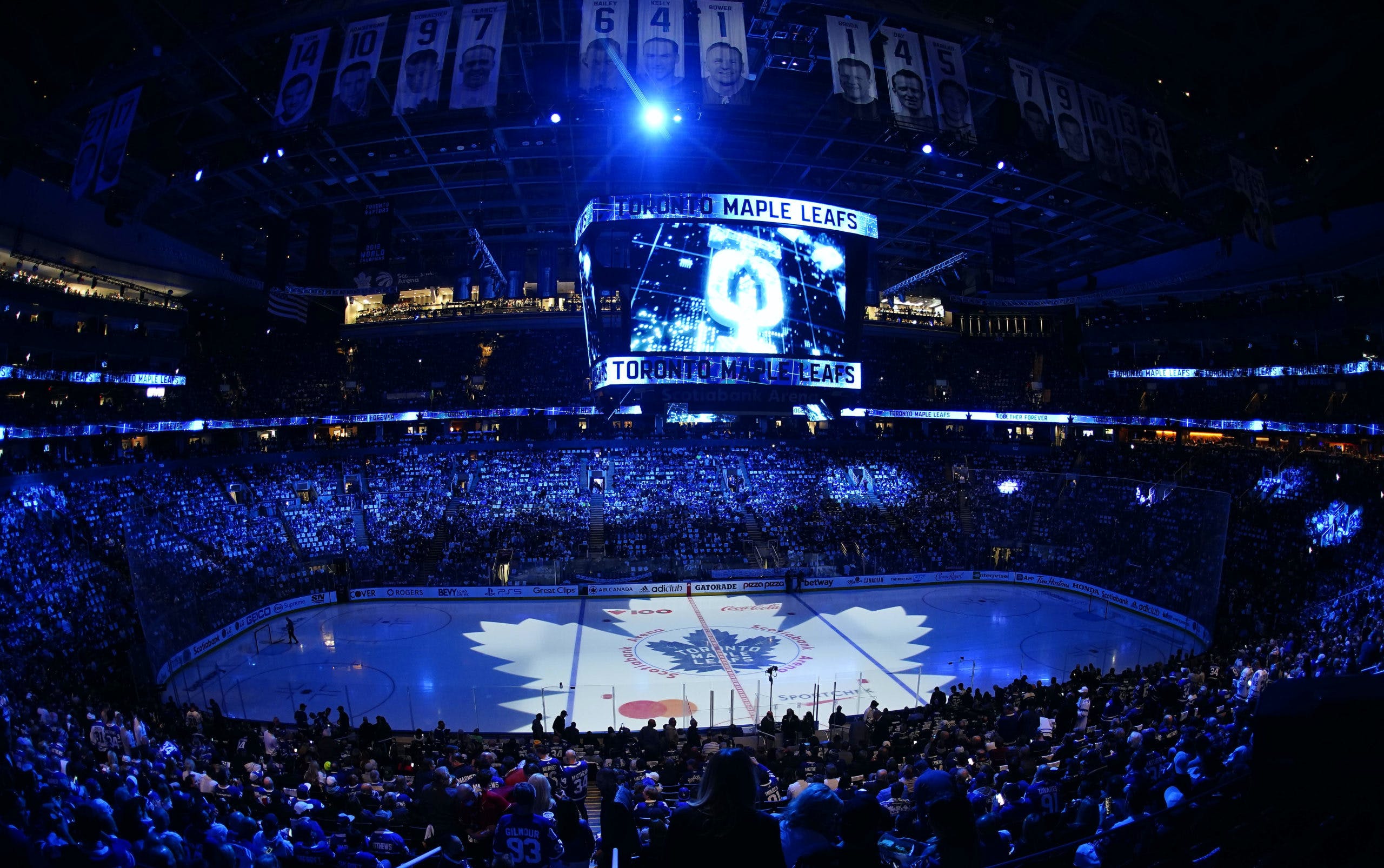 By Nick Barden
2 months ago
The Maple Leafs sit atop the list of most valuable teams in the NHL for a second year in a row, via a report from Sportico.
According to Sportico, which is a “high quality digital content company providing sports industry breaking news, data, information, strategies, leadership and insight,” Toronto sits in top spot, valued at $2.12 billion.
That’s $110 million more than what the New York Rangers are worth ($2.01 billion).
This new valuation puts the Maple Leafs up 6% from last year, when they were valued at $2 billion. It was the first time ever that an NHL club was valued at over $2 billion.
Every Original Six team made it into the top-10 this year — Toronto being the most valuable and Detroit being the least valuable ($1.12 billion). In order, it goes Toronto, New York, the Montreal Canadiens ($1.7 billion), the Chicago Blackhawks ($1.44 billion, the Boston Bruins ($1.41 billion), and again, the Red Wings.
The L.A. Kings ($1.39 billion, Philadelphia Flyers ($1.35 billion, Edmonton Oilers ($1.29 billion), and Washington Capitals ($1.22 billion) round out the top-10.
According to Sportico, the Maple Leafs have the highest media and sponsor revenue in the NHL. That includes the arena naming rights deal with Scotiabank, which brings in $30 million each year.
The report also projects that Toronto will make a gross revenue of $300 million this year, with a full season of having fans back in the building. This amount also includes 50% of the revenue from events that aren’t the NHL or NBA.
Although being valued the highest, Toronto didn’t have the top revenue in the NHL for the 2021-22 season. That title was given to the New York Rangers, who Sportico says made more than $30 million in revenue alone by advancing to the Eastern Conference Finals last season.
It’s clear that if Toronto does something similar to New York this year, there’s a lot of money to be had.
The average NHL club is worth $1.01 billion, getting over the 10-figure mark for the first time ever, according to Sportico. Each NHL team has an average revenue of $192 million, which has them ranked behind each of the NFL ($545 million), MLB ($313 million), and NBA (308 million).
In the bottom spot is MLS, where each team averages a revenue of $57 million. However, MLS sits atop the five leagues for “Average Value-to-Revenue Multiple” at 10.2%. The NHL is last in this category with an Average Value-to-Revenue Multiple of 5.3%.
“Hockey teams possess a relatively young, affluent fan base,” writes Sportico Sports Valuation Reporter, Kurt Badenhausen, “and the same avenues to grow their businesses, whether it is through sponsorships, content, gambling, blockchain or real estate developments, but at a dramatically lower entry price.”
The full value of all 32 NHL teams, which includes, “ownerships’ stakes in real estate, venues, TV networks and team-related holdings,” is $32.4 billion.
News
Recent articles from Nick Barden