The Maple Leafs have become a tougher team to play against 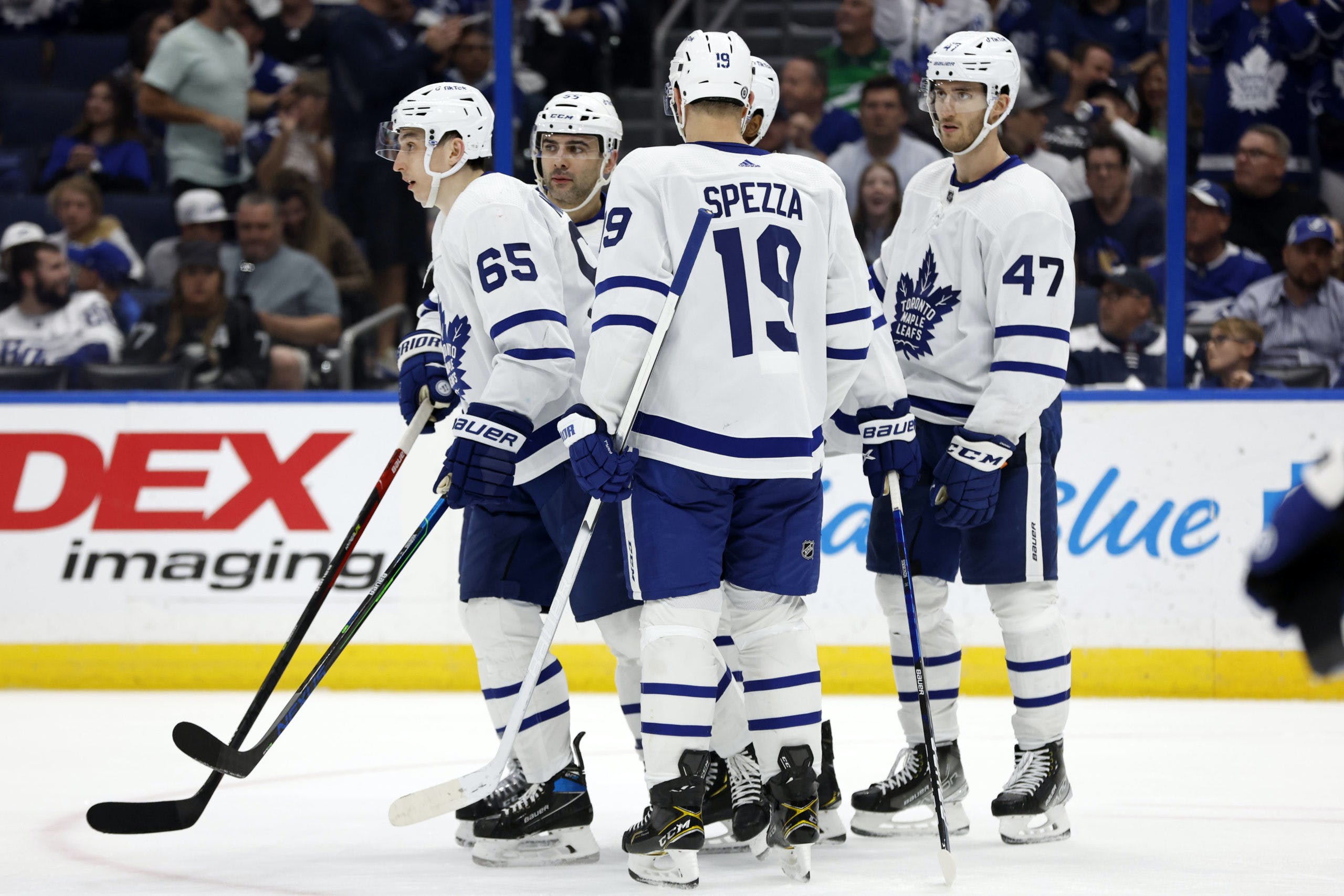 By Nick Barden
9 months ago
The Maple Leafs are a lot tougher than last season, period.
Looking at the potential matchups for Toronto in the first round, it’s either the Boston Bruins or the Tampa Bay Lightning. Both teams have been a tough team for the Maple Leafs in the past, but not so much anymore.
There was a lot of discussion about Thursday’s game against Tampa and it had a lot of fans wondering whether Toronto could keep up physically in a seven-game series. I, personally, didn’t feel like the Maple Leafs were pushed around at all.
Whenever there were scrums, plenty of players from Toronto weren’t afraid to step in. There was one instance where Wayne Simmonds and Pat Maroon dropped the gloves and the Lightning player ended up not wanting much of a part in the fisticuffs.
I believe that when you look at the physical battle the Maple Leafs are going to face, you have to wonder how much they’re going to throw their own weight around. There will be players like Mark Giordano, Ilya Lyubushkin, Jake Muzzin, Wayne Simmonds, Kyle Clifford, Auston Matthews, Michael Bunting, and even Mitch Marner using physicality to their advantage.
Marner, in particular, has eight games this season where he’s thrown three or more hits. The 24-year-old has more 3+ hit games this season than he’s had in his previous five year’s combined.
If you can get him throwing the body along with putting up career point totals in the playoffs, another head is added to the monster that is Toronto.
When looking at the Maple Leafs team as a whole, you have the tough, physical players. But the team also has guys who can outmuscle and outbattle the opposing team for the puck and positioning. Some of those players include John Tavares, Pierre Engvall, David Kampf, Ilya Mikheyev, Morgan Rielly, and Alex Kerfoot.
The Maple Leafs have a good amount of both physical and strong puck players to make their team incredibly well-rounded, especially for situations in the playoffs. Along with that and their skill, Toronto is going to bring a tough series to anyone they come up against.
They even have Jason Spezza. He looks ready to eliminate the Lightning from the post-season.
I think when you look at Tampa as the benchmark, it’s a bit more difficult. We’ve witnessed how hard they are to play against in the playoffs, how tough and physical they can get, and just how good they can be while playing that style of game.
But after watching a game like on Thursday night, there’s no reason to believe the Maple Leafs can’t stick with them.
“Don’t read much into it, it was one game,” said Lightning head coach Jon Cooper after the 8-1 win over Toronto. Even the two-time Stanley Cup winning coach knows that the Maple Leafs are good enough to hang with Tampa.
I’ll add that if Toronto goes up against Boston, the same goes for them too. The Bruins are a little bit older and the Maple Leafs will want to finally “slay the dragon” (like we’ve said every year), so I’m not sure how close that series might be.
Knowing our luck, it’d go seven games, and I definitely don’t want to know the outcome.
In all likelihood, it’ll be the Maple Leafs vs. the Lightning in the first round, with two possible outcomes — Toronto finally gets out of the first round or they get eliminated by the two-time defending Stanley Cup Champions.
Which one do you think it’ll be?
More from TheLeafsNation.com
POINTSBET IS LIVE IN ONTARIO