The Maple Leafs need more from their goaltenders 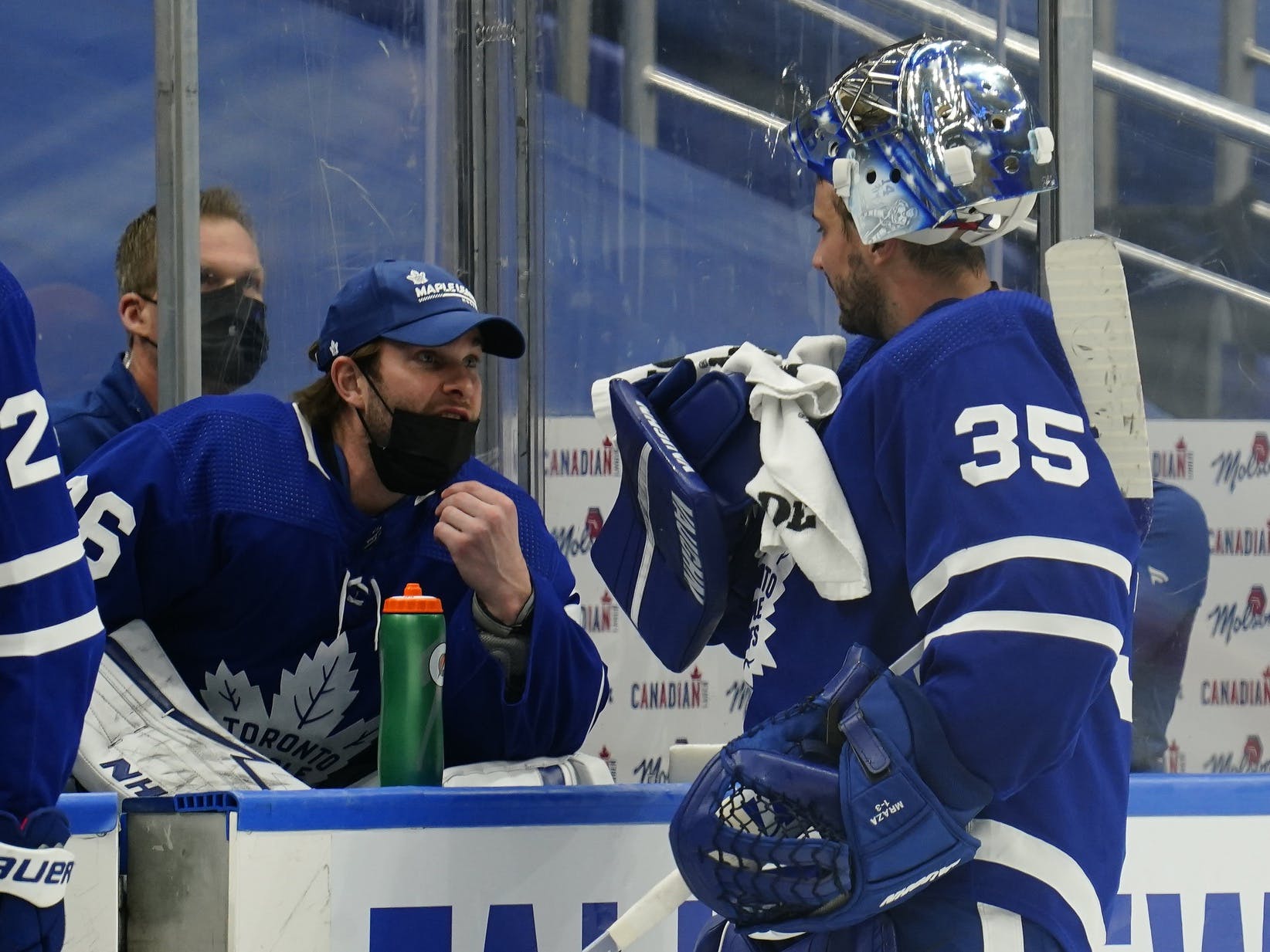 By Mark Norman
11 months ago
Going into this season, it felt like the Leafs had their most solid goaltending tandem of the Auston Matthews era, with @Jack Campbell coming off a brilliant 2020-21 campaign and @Petr Mrazek signed to a reasonable $3.8M x 3 year deal over the summer. The plan was for the two to share the crease until a preseason injury to Mrazek gave Campbell the net. Campbell took the reins, and by the time November had ended, he was being mentioned in early Vezina Trophy and U.S. Olympic team conversations. The Leafs were rolling, and it was largely due to Campbell’s early-season heroics.
Based on recent performance, however, those days feel like a distant memory. Would it be too much to ask for a single Leafs season sans goaltending controversy?
So where have things gone wrong lately? And what (or who) is to blame?
The logical conclusion is that the Leafs have not been doing enough defensively to help out their goaltenders, hanging them out to dry for goal after goal against.
But the evidence, surprisingly, does not support that.
For ease of comparison, let’s break apart the 2021-22 season into its 2021 (October to December) and 2022 (January to date) components, as the turn of the calendar is pointed to by many as the point where Leafs goaltending started to slip.

Source: Evolving-Hockey.net & NaturalStatTrick.com
I’m usually reticent to put the blame for losses squarely on the shoulders of goaltending, but just how much more can you do to help out your keepers? They’re seeing less rubber, facing less dangerous shots, and yet their save percentages are plummeting. NHL starters, at the bare minimum, need to save the shots they’re meant to save. The Leafs, despite their defensive efforts, just haven’t gotten those saves lately.
While the Leafs have done a good job of shot and chance suppression, their recent play has shown us that when they mess up defensively, they mess up defensively. When your goaltenders aren’t on top of their games, as Campbell and Mrazek have not been lately, opportunistic teams are going to feast.
Campbell and Mrazek have simultaneously entered slumps which have led to ugly losses and questions about the position.

Source: Maple Leafs Stat Pack
Take a look at this above chart of Goals Saved Above Expectation (GSAx) for each game of the 2021-22 season and look at the 2021 component (games 1-31) vs 2022 (games 32-50). In 2021, the Leafs had just two games out of 31 where their starter’s GSAx dipped beneath -2. In 2022? Seven times in 19 games, including the last three games against St. Louis, Montreal, and Columbus (combined -7.6 GSAx).
You’re not going to win many games when your goaltenders are frequently letting in 2+ more goals than they should. The Leafs may be an offensive powerhouse but there’s only so much outscoring their problems they can do.
While Mrazek has been below-average pretty much all season, with just three starts where his GSAx broke even (including one +0.01 instance), Campbell’s seen a precipitous drop-off in his performance in 2022. Campbell had just one game below a -2 GSAx in 2021 — a disastrous early-season effort by the Leafs against Pittsburgh. In 2022, he has six such performances in 13 appearances. Campbell ended 2021 with 14.8 goals saved above average to that point in the season. Now his GSAx sits at +1.2, having given back much of his early-season success.

Source: Maple Leafs Stat Pack
But not all is lost. While Campbell’s early-season performance was seen by many as unsustainable, his recent struggles are not an accurate portrayal of his true talent. Reality lies somewhere in the middle. As long as the Leafs continue to suppress shots, shot attempts, and high danger chances at high rates, we should see a bounce back from Campbell to the point where he’s breaking even on his GSAx more often than not.
As for Mrazek, it’s hard to know what he’s going to bring to the table for the Leafs. To this point in the season, he has very rarely shown glimpses of starter-quality goaltending. Some of that is likely due to his early-season injuries and sporadic starts, but at what point does the statute of limitations end for that excuse? The Leafs are doing well to lighten his load: it’s time for Mrazek to reward them for their efforts.
He’ll get that shot tonight vs. Minnesota.
More from theleafsnation.com
Uncategorized
Recent articles from Mark Norman