The Marlies head to Detroit for one last game before final roster cuts: Leafs Game Day 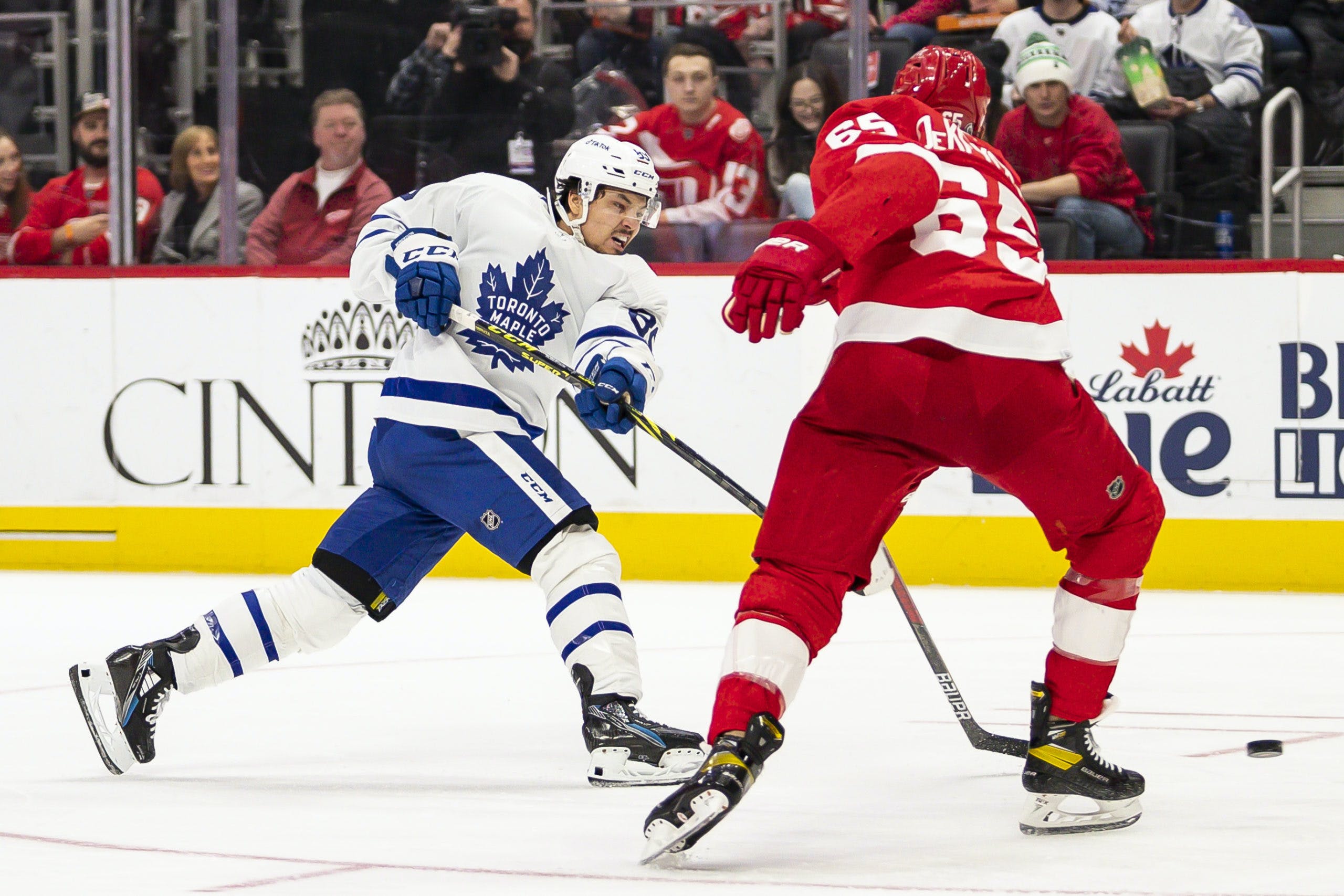 By Dylan Murphy
1 month ago
A week ago exactly, I said that a mostly Marlies lineup would get one last shot to impress before cuts. And while that was partially true, this weekend’s back-to-back series with Detroit was kind of lost in the shuffle, so tonight, a lot of faces staring down the possibility of being cut from the opening night Leafs roster will get their actual last shot to make an impression before joining the Toronto Marlies.
One player who is probably safe from the chopping block is Nick Robertson, who will be looking to keep his hot streak alive (currently leads the Leafs in preseason scoring with seven points in four games.) Robertson will anchor the top line tonight with frequent linemates Pontus Holmberg and Denis Malgin, who will also be looking to make the most of this opportunity.
Rasmus Sandin is also making his preseason debut tonight after joining camp earlier this week. The freshly-signed defenceman will play the right side opposite Filip Kral. Expect him to log big minutes as the coaching staff attempts to get him up to speed ahead of the season-opener on Wednesday.
On the other end of the spectrum, this is likely a goodbye of sorts to Wayne Simmonds and some other members of the team who are waivers-eligible. It is clear based on the line deployment throughout camp that the organization sees players like Simmonds, Clifford and Joey Anderson (who, curiously, did not skate with either practice group today) as non-factors in their NHL team plans. Should he make it through waivers, Simmonds would likely be named captain of the Marlies, a role that would be a perfect way for him to close out his 1000+ game career.

It should be noted that Victor Mete took a shot off the foot during a special teams drill and departed the skate early. If he becomes yet another member of the Leafs’ growing injury squad, William Villeneuve is listed as the extra defenceman on tonight’s roster. He skated with the other practice group in the place of an absent Justin Holl.
Between the pipes, Ilya Samsonov will get the start and projects to play the full game.
The Detroit Red Wings appear to be icing a mostly-NHL player laden squad tonight, and while exact details on how their defence will line up or which goaltender would get the start could not be found, it appears their forwards will deploy like this:

For the Leafs, it’s probably a foregone conclusion that Nick Robertson has made the opening night roster, but there still seems to be one spot open based on the practice group lineup from this morning:
Denis Malgin, Adam Gaudette, and Alex Steeves appear to be the most likely contenders for that open spot, and with cuts coming hard and fast over the weekend, this is the opportunity for one of those players to grab the spot and run with it for as long as they can until John Tavares returns to full health.
For the Red Wings, seeing reigning Calder winner Moritz Seider is always a treat, but the player I’m most curious about, should he play, is goaltender Alex Nedeljkovic. He was once a highly-touted prospect in the Carolina system who projected to be a great starter. Since being moved to Detroit however, he has struggled mightily and found himself on more blooper reels than highlight reels. It’s boom or bust time for this player on a team looking to make a big step forward.
Tonight’s game begins at 7:30 pm ET and will be broadcast on TSN4
News
Recent articles from Dylan Murphy