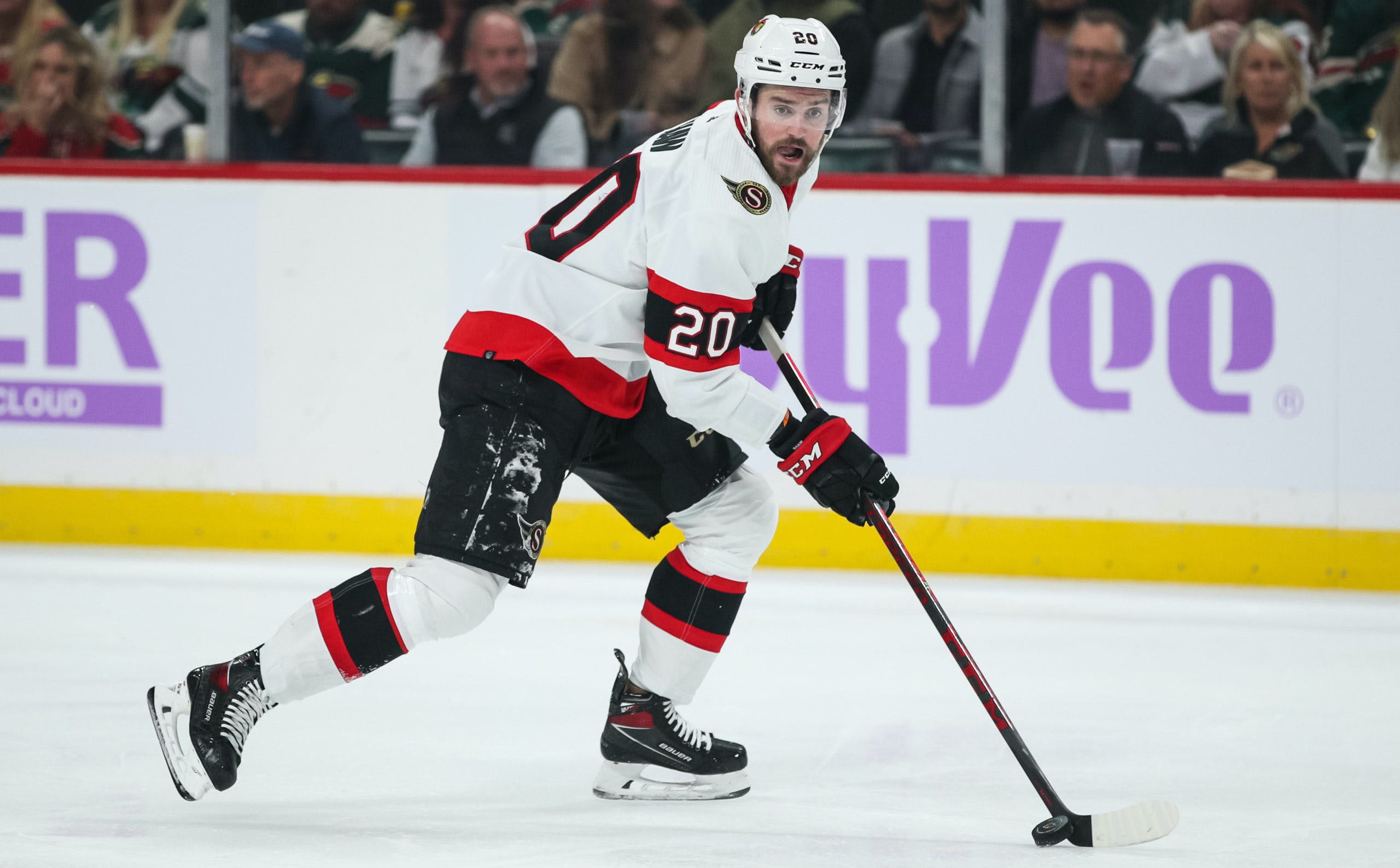 By Nick Barden
4 months ago
The Maple Leafs have NHL players, their prospects, and some AHL-contracted players attending their training camp. Why?
Let’s begin with the obvious — it’s a regular occurrence at the beginning of most NHL camps.
When Toronto released their training camp roster, it would be normal to not know a few names. It’s bound to happen when a team releases a 50-man list. But when you look at the roster, one thing is clear: you have a good idea as to who is going to make the Maple Leafs’ out of training camp.
There’s the top-nine, which is almost already set in stone. Pierre Engvall’s injury has really changed Toronto’s plans there for the short-term.
Aside from that, there’s two fourth line roles available — at centre and left wing, as well as a second line left wing spot beside John Tavares and William Nylander that’s open. That second line left wing role is basically Nick Robertson’s to lose.
With Liljegren out, there’s also a role on defence, likely going to one of Jordie Benn or Victor Mete.
The Maple Leafs have invited eight players who are signed to AHL deals with the Marlies for the upcoming season. Joseph Blandisi, Logan Shaw, Graham Slaggert, Noel Hoefenmayer, Tommy Miller, Marshall Rifai, Keith Petruzzelli, and Dryden McKay.
This tells us two things about these players, really.
Firstly, Toronto believes these players are good enough to compete with NHL players for the first little bit of training camp before separation kicks in. And secondly, it’s showing us who might be important players on the Marlies for the this season, which is likely their most crucial in a few years.
The forward group is fairly interesting when it comes to these AHL-signed players. Toronto has both Blandisi and Shaw in camp — both players who’ve played NHL games in the past. They’re both guys who aren’t afraid to get gritty, which I’m sure the Maple Leafs like, especially at a training camp.
Slaggert, on the other hand, is a very interesting camp invitee. The 23-year-old spent the last four seasons at Notre Dame, captaining the team in his final season before signing in Toronto. He’s a very good depth player who can play up and down the lineup — similar to what Holmberg could be.
There’ll obviously need to be some work in the AHL beforehand, but I can understand why he was invited to Maple Leafs’ camp. Slaggert also performed well in the Traverse City Prospect Tournament, scoring three points in as many games.
That performance likely cemented himself a spot at the NHL camp.
Having Rifai, Miller, and Hoefenmayer at this camp might be getting them ready for what could be an important season for them in the ECHL. Similar to Slaggert, though, clearly Toronto is high on these players or they wouldn’t have been invited to an NHL camp.
The Marlies defence is going to be full already with the likes of Filip Kral, Mac Hollowell, William Villeneuve, Mikko Kokkonen, Axel Rindell, Carl Dahlstrom, and possibly one of Benn or Mete, depending on if they clear waivers.
But to see both Rifai and Miller at this camp, after both had a successful development camp and prospect tournament, it’s only a sign of positivity. This experience for them is going to be huge when it comes to understanding what they need to do to get to the NHL level.

Both of Matt Hellickson and Matteo Pietroniro have been added to the Maple Leafs’ training camp roster. Similar to Rifai, Miller, and Hoefenmayer, they’ll both likely both find themselves back in the ECHL this season.
With both Petruzzelli and McKay, who seem to be both destined for the ECHL once Joseph Woll returns from injury, this gives them a chance to face NHL-calibre shots. Similar to the defence, this will be a positive that they can take with them in their development process.
Wherever each of these AHL-signed players go, one thing is clear — this will be a great experience for all of them.
More from TheLeafsNation.com: