The race for the Isobel Cup is on — PHF Playoff Preview 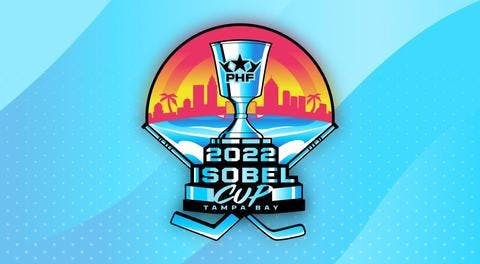 By Ryan Hobart
7 months ago
It’s been an intense and exciting 20-game season, and the march for the Isobel Cup playoffs are the culmination of a lot of hard work and dedication to this growing league.
Did you know? The Isobel Cup is actually shorthand for the Lady Isobel Gathorne-Hardy Cup. Similar to how the Stanley Cup is actually shorthand for Lord Stanley’s Cup. Even better? Lady Isobel and Lord Stanley were father and daughter.

The Six had a very strong season, but were edged out of first place in the league when Connecticut took 4 points of a possible 6 in the double-header between the teams who were tied going into the weekend. They’re positioned to do very well regardless.
The science says that bye-weeks in the playoffs are beneficial, at least in other sports. So perhaps the Six and the Whale gain an extra advantage that way. Regardless, they’ve clearly been the front runners all season long.
The Six are led by a potent offense spearheaded by Mikyla Grant-Mentis, and a deep and strong defense led by Taylor Woods, Saroya Tinker, and Lindsay Eastwood. They also have a very talented Elaine Chuli backstopping them, who won the All-Star Game MVP this year.
The Whale, on the other hand, feature just an insanely good offense and just as strong a defense. They finished the season with all of their wins in regulation, the most goals, and the best goal differential. If I was betting, they would be my pick of course. They’re led by the season’s top scorer, Kennedy Marchment, and their stellar rookie Taylor Girard.
There’s always the chance for upsets though. In 2017, the Buffalo Beauts, won the Cup after just 6 wins in 17 games. Last year, as well, the Boston Pride won after finishing 4th place, though that was a pandemic shortened season where some teams only played 4 games. I especially wouldn’t count out the Buffalo Beauts, who have improved, winning 5 of their last 11 games. Nor should anyone count out the star-studded Boston Pride. Not only are they last year’s champions, but they also boast the best goalie in the league this season, Katie Burt.
The Six did finish first place last season, but were beaten in the semi-finals by the eventual Cup winners, the Pride. This year, they’ll have another go at their first-ever championship in this, just their second-ever season of existence as a franchise. With a growing organization, I almost hope that they don’t win it, so that push the chips in further for success in the seasons to come. Isn’t that the best way to grow the league?
So, with that sentiment, I’ll be happy whatever happens this weekend, and will focus on enjoying some fun hockey played in the sunshine state.
More from TheLeafsNation:
Uncategorized
Recent articles from Ryan Hobart