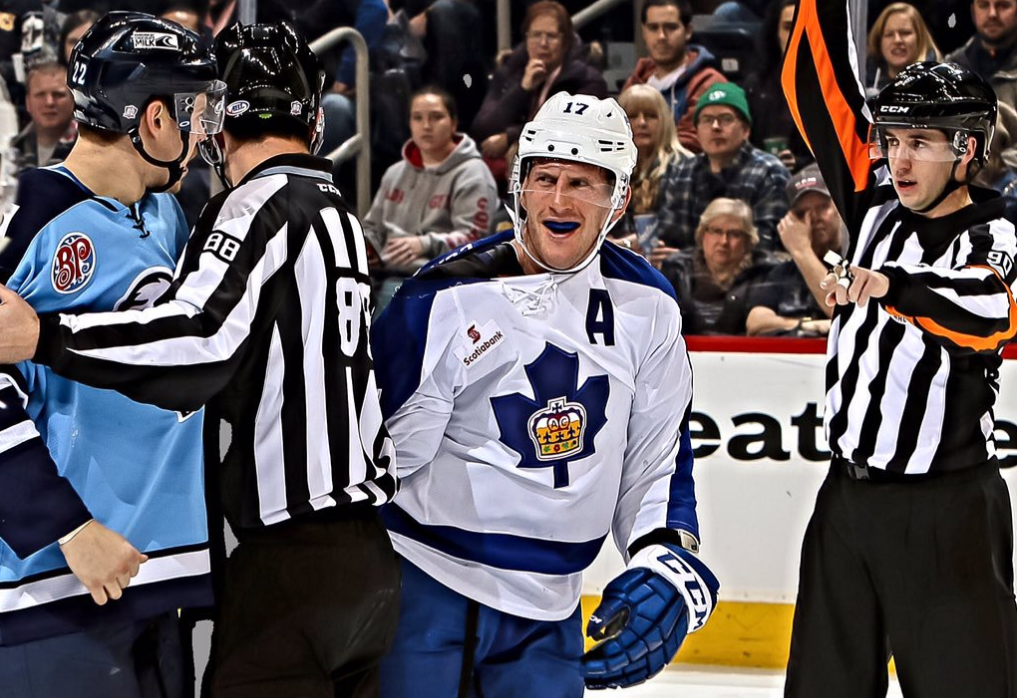 By Jon Steitzer
1 year ago
Admittedly the NHL career of Rich Clune wasn’t one that I particularly paid much attention to. And when Clune landed with the Marlies, I fell into the mindset of “oh another veteran that is supposedly here to help the kids, but really just isn’t ready to walk away from hockey.”
I didn’t take too long for me to realize I was wrong and Rich Clune is the real deal when it comes to supporting his young teammates, and preparing them for a life in pro hockey. The decision to make Clune the captain last year was a sound one and one that speaks to the organization continuing to do things the right way by not only avoiding putting prospects in leadership positions when they should be focusing on developing towards the NHL, but putting the right type of person in as the captain, one who cares about his teammates, one who has a commitment to putting in the work and will push others to do the same, and one who knows the game and is smart enough to transition into a power development or coaching role the second he no longer feels he wishes to wear the jersey.
Yesterday brought the news that Clune in fact will be wearing the jersey for another year…
This re-signing along with the recent signing of Ben Finkelstein show that Ryan Hardy is looking to be quite active in getting the Marlies back on track towards the top of the AHL.
Of course, an ECHL defenseman, and veteran captain aren’t the key elements to a championship team, but in Clune’s case he sets a lot of the tone for his team. He’s a player equally trusted by his teammates and by management to be looking out for the best interest of the Marlies. He’s been a part of their championship team, but feels equally comfortable laying it all on the line for his teammates when the times are tougher, like last year’s unpredictable shortened season in what I guess we’ll call Greg Moore’s first full year as Head Coach.
Clune has been through it all before, and with an influx of promising young talent like Semyon Der-Arguchintsev, Mikhail Abramov, Filip Kral, and others, there is always a need for a player who has seemingly been through it all and can guide young pros.
Beyond the youth coming up from the junior ranks there are going to a number of other new Marlies this year, and as free agency progresses I wouldn’t be shocked to see a number of AHL contracts in early to mid August. Considering the Growlers also need to be staffed as well the management, coaching, and development staff will have their hands full. All the more reason to have someone like Rich Clune back to shoulder some of the load.
Uncategorized
Recent articles from Jon Steitzer