The TLN Three Stars: Maple Leafs finally start on time in 3-1 over Ottawa 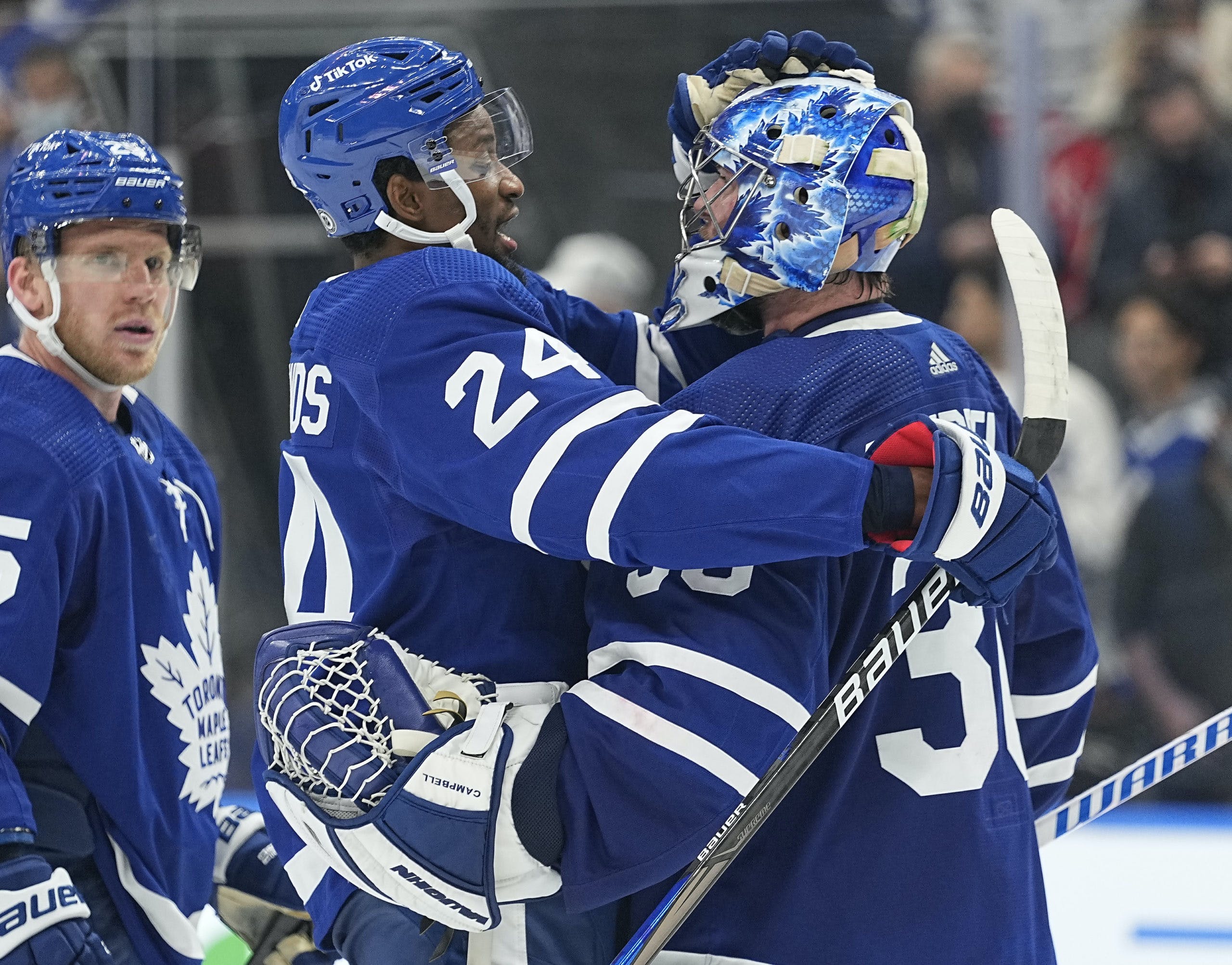 By Filipe Dimas
1 year ago
After two shaky games where the Toronto Maple Leafs continued their habit of getting completely outplayed by their opponents during the first ten minutes, the script was reversed with two early Leafs goals being all that was needed in a 3-1 victory over the Ottawa Senators. It was without a doubt the best team performance from the boys in blue and white thus far into the young season. Even with Ottawa nearly tying the game late in the second period before an offside review overturned what would have been the game tying goal, Toronto controlled play and dominated their provincial rivals through most of the contest.
3rd Star: Jack Campbell
With an emergency backup goalie riding the bench after an injury to Petr Mrázek earlier in the week, Jack Campbell continued to show that last year was no fluke. Appearing in all three Leafs games so far this season, Campbell has posted a 0.968 save percentage and looked downright dominant while doing so. While Frederik Andersen had his moments of brilliance while with the team, Jack Campbell is showing the kind of consistency the Maple Leafs haven’t had since the days of Ed Belfour. Campbell has shown that he’s completely capable of carrying the team on his back when needed and with Mrázek’s injury that could mean there will be no shortage of opportunities for Campbell to shine as the Leafs look to prove the early season doubters wrong.
2nd Star: Michael Bunting
Zach Hyman may be gone, but Michael Bunting has quickly looked like he could be the replacement the team needed at less than a fifth of the price. This greasy rat of a hockey player clearly loves to get messy, getting tossed around in the blue paint by defenders opening up plenty of room on the ice for his linemates. Tonight it not only resulted in a goal for the childhood Leafs fan, but also the second highest expected goals on the team. His crash the net playstyle is something the Leafs have been missing and he’s wasted no time in showing just how valuable it can be.
1st Star: Wayne Simmonds
Having fans back in the building means something for the players, and Wayne Simmonds showed it off tonight as he have his daughter a hug through the glass during warmups and then gave Leafs nation a hug of their own as he opened the scoring just over two minutes into the game.
With less than 11 minutes of ice time on the night, the Wayne Train made the most of it as he led the team in expected goals percentage with a whopping 73.87%. When Simmonds was on the ice, the Leafs played nearly three times better than their opponents did and it’s hard to ask for much more from a fourth line winger. Adding a couple hits to the stat sheet as well, Simmonds and Bunting led the way for the Maple Leafs showing that a pair of grinders from Scarborough are more than capable of stealing some wins for their hometown team.
Closing
Don’t look now but the Leafs first three games of this season perfectly mirrors their first three games of last season. A win against Montreal followed by a loss against Ottawa then winning the rematch over the Senators. Whether that’s a good sign or bad sign is up to your personal interpretation but there are certainly worse results than earning 4/6 points to start the campaign.
Up next, the Toronto Maple Leafs play an American hockey team for the first time in over a year as they play host to the New York Rangers at 7pm on Monday.
Matchups
Recent articles from Filipe Dimas