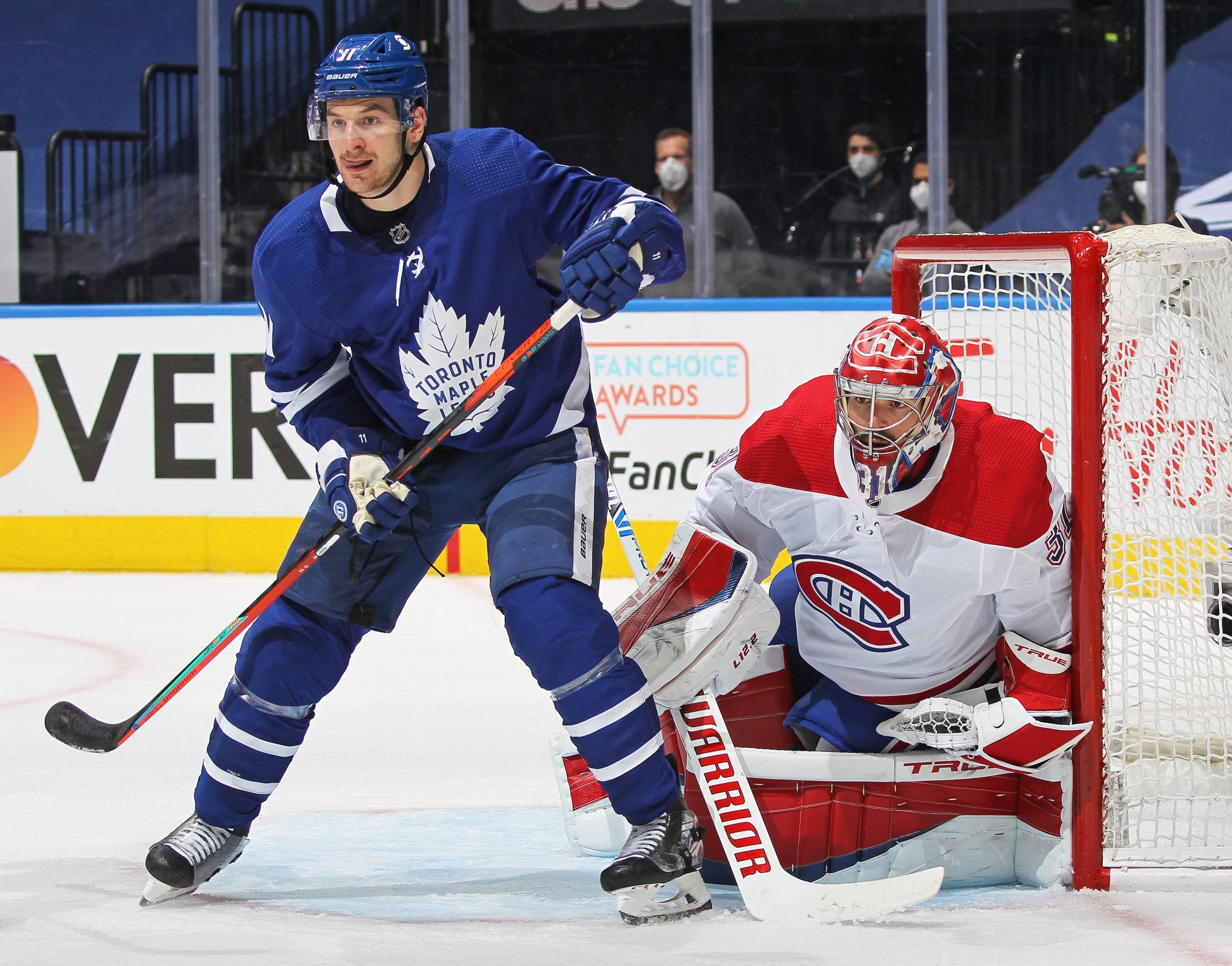 By Filipe Dimas
1 year ago
The Toronto Maple Leafs had a rare chance to close out a playoff series, and an opportunity to advance to the second round for the first time since 2004. Despite the opportunity, the team failed to deliver on the killer instinct that has seemed to elude the franchise for over a decade, falling 4-3 to the Montreal Canadiens less than a minute into overtime.
While the game ended up being far closer than the initial 3-0 lead Montreal took early in the second period, the Toronto Maple Leafs seemed to lack the urgency that a Montreal Canadiens team fighting for their season was showing throughout the contest. Though the team was able to tie the game and force overtime, the zamboni had barely left the ice before a brutal Alex Galchenyuk giveaway led to a Montreal Candiens two-man breakaway that led to the winning goal by Nick Suzuki.
Now the teams return back to Montreal, where the Bell Centre will be the first NHL arena in Canada to host fans all season. Toronto will have to silence the crowd, or be forced to bring it back home for a dreaded game seven.
3rd Star: Morgan Rielly and TJ Brodie
The Leafs top defensive pairing wasn’t especially noticeable throughout most of this game which is exactly what you want from a defensive pair. The two led the Leafs in expected goals % combining for over 80%. Essentially, any time this pairing was on the ice, the Leafs were absolutely dominating scoring chances throughout the entire contest.
2nd Star: William Nylander
Toronto’s most dominant skater in the series stepped up once again. While he couldn’t continue his goal per game pace, Willy Styles picked up two assists as he seemed determined to silence everyone’s loud uncle. Despite the consistent performances, Nylander still received only 17 minutes of ice time. In the post game press conference, Keefe addressed this by saying that Nylander’s line typically doesn’t receive as many tough matchups as the Matthews/Marner line does, and takes shorter shifts as a result. Regardless of the reasoning, it doesn’t seem crazy to suggest a small bump in ice-time for the series’ leading scorer.
1st Star: Jake Muzzin
Two straight goals from the steady stay at home d-man to tie the game just further cemented what a wonderful trade Kyle Dubas made last season when he acquired the former King. In a series that has featured plenty of stellar goaltending and a shocking lack of penalty calling from the refs, Muzzin has stepped up on offense, defense, and returning the grit anytime the Habs have tried to bully the Leafs on the ice. He’s been a stellar anchor on the defense and today was no exception.
40th Star: Rasmus Sandin
Bruh.
The Sandman played only 6:11 during this game, largely due to two brutal gaffs that let Montreal take a commanding early lead. Hurting your team that badly while playing so little is a fast track to being named the game’s worst player. After a strong performance from Travis Dermott last game, it will be interesting to see if Sandin just cost himself a spot in the lineup.
What’s Next?
Toronto head’s back to Montreal for game six on Saturday, a game that feels like a must-win to avoid letting the Canadiens carry some heavy momentum into a deciding seventh game.
Matchups
Recent articles from Filipe Dimas