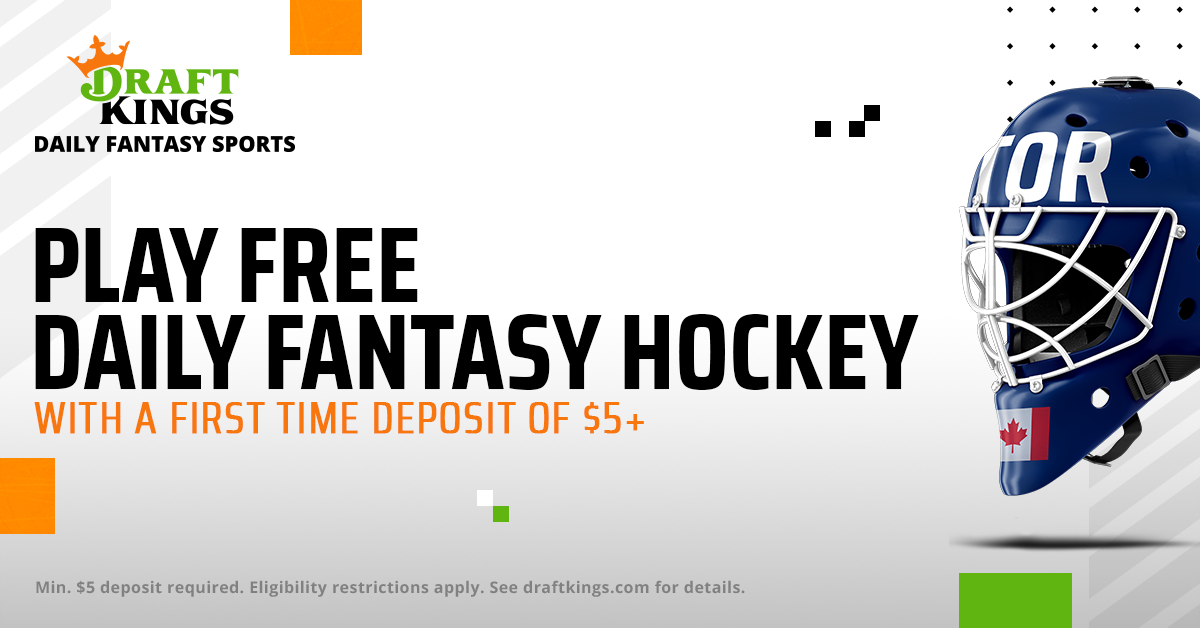 By Zach Laing
2 years ago
Welcome to TheLeafsNation Game Day where we take a look at today’s Leafs game and a few other things happening around the league.
The Toronto Maple Leafs are continuing their four-game Western road trip with the first of two games against the Edmonton Oilers. The Leafs head north three hours after eeking out a 4-3 win against the Calgary Flames that featured Matthew Tkachuk being very mad at the end of the game.

Analytics at 5×5 c/o naturalstattrick.com.
Last week we got our first look at the Leafs and Oilers head-to-head with Edmonton taking game one 3-1 and the Leafs taking game two 4-2. The over on total goals only hit in game two, while game one featured more of a defensive game played by both teams much to the chagrin of anyone betting on the game.

Mitch Marner ($7,300) is a player I have my eye on heading into Thursday night’s game. He’s been a stud this season scoring 12 points in eight games, including two points in two games against the Oilers. I’m looking for him to continue his hot streak with another strong performance against Edmonton.
Justin Holl ($2,900) has been providing great value early on this season in DFS. He’s scored five assists in eight games and has blocked a team-high 14 shots. He’s a solid cheap option.
Over in Edmonton, look for Jesse Puljujarvi ($4,300) to provide some value. He’s been bumped up to the top line alongside Connor McDavid and Ryan Nugent-Hopkins and has fired 25 shots on net scoring no goals. He’s bound to get one soon, and it could be tonight.
Defensively Adam Larsson ($4,000) is another cheaper value play. He’s found the back of the net twice so far and has blocked 3.5 shots per game this season while laying 21 hits. There’s some value to be had there.

If you’re looking for a stud to build your lineup around, Colorado Avalanche forward Mikko Rantanen ($8,200) is about as good of an option as there is right now. Averaging 16.1 FPPG this season, he’s on a six-game goal streak that’s also seen him add two assists. Expect that to continue against a bad San Jose Sharks club tonight.
New York Islanders goalie Semyon Varlamov ($7,500) has been red hot to start this season and should start Thursday night against a still-depleted Washington Capitals team. He’s averaged a whopping 23.1 FPPG to start the year and is a cheaper option.
Patric Hornqvist ($4,700) has been off to a torrid start this year averaging 17.9 FPPG. He’s scored four goals and five points in only three games this year and scored Tuesday night against Columbus. Teammate Carter Verhaeghe ($3,700) has scored three goals and five points in his first three games with the Panthers and is providing tremendous DFS value averaging 16.3 FPG.
The Leafs Nation is a partner of DraftKings. I am also an avid fan and user (my username is zachlaing) and may sometimes play on my personal account in the games that I offer advice on. Although I have expressed my personal view on the games and strategies above, they do not necessarily reflect the view(s) of DraftKings and I may also deploy different players and strategies than what I recommend above. I am not an employee of DraftKings and do not have access to any non-public information.
Zach Laing is the Nation Network’s news director and senior columnist. He can be followed on Twitter at @zjlaing, or reached by email at zach@oilersnation.com.
Uncategorized
Recent articles from Zach Laing