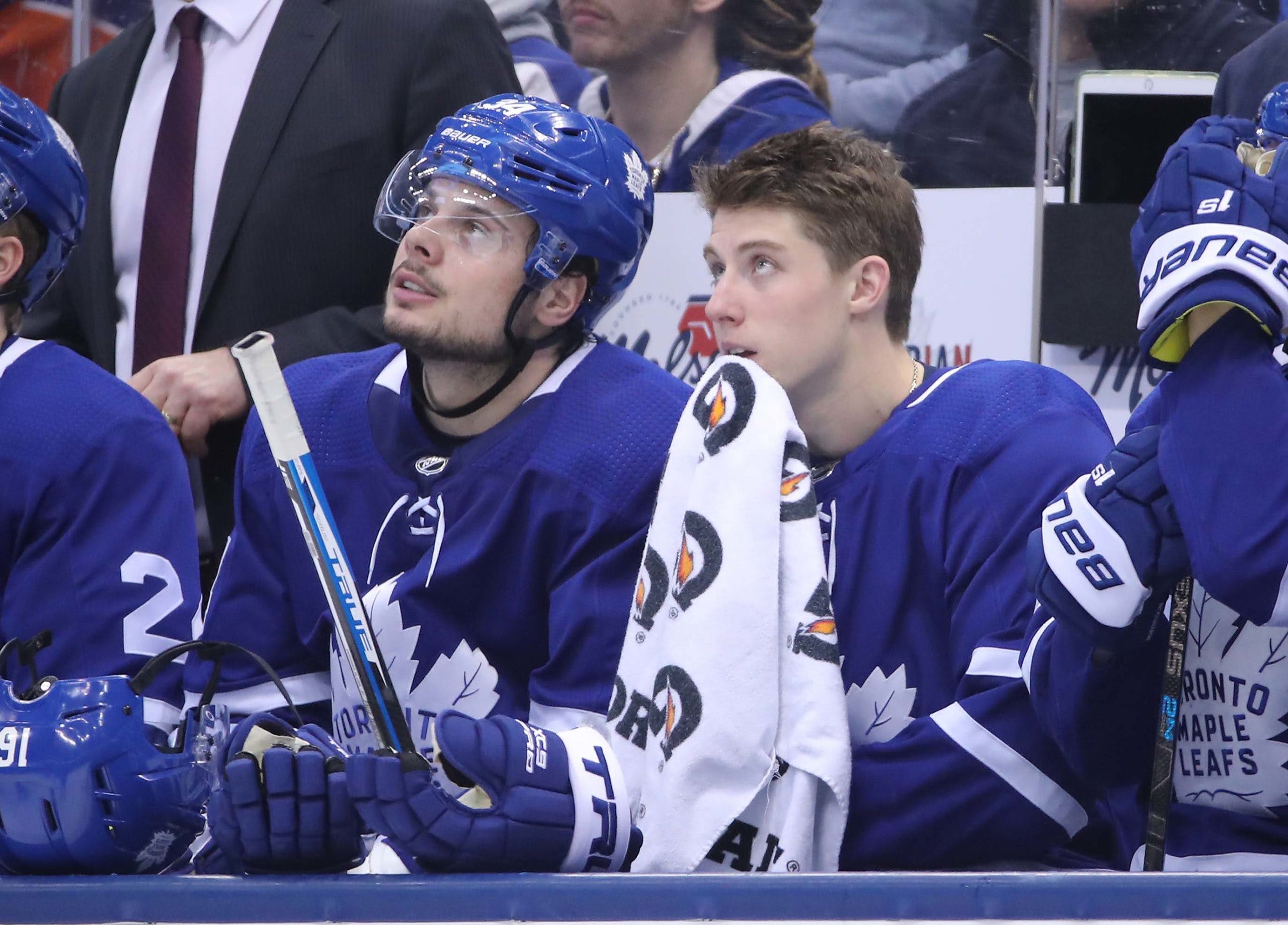 Welcome to TheLeafsNation Game Day where we take a look at today’s Leafs game and a few other things happening around the league.
The Toronto Maple Leafs will kick off a three-game homestand tonight with game one of three against the Vancouver Canucks. The teams will play on Saturday, then again on Monday night.

Analytics at 5×5 c/o naturalstattrick.com.
The Canucks have stumbled out of the gate to start the season after losing a number of their most talented players in Tyler Toffoli, Jacob Markstrom and Chris Tanev, among others like Troy Stecher and Josh Leivo. Thus, they’ve seen some struggles and their goaltending due of Thatcher Demko and Braden Holtby hasn’t lived up to expectations.
I think this is a solid chance for the Leafs to continue what’s been a great start to the season.

There might be some solid value in stacking the Leafs top line of Auston Matthews ($8,500), Mitch Marner ($7,400), and Zach Hyman ($4,500). Vancouver has struggled defensively this year and while Matthews and Marner are relatively safe plays on any day of the week ending in Y, their value gets a good kick upwards with a favourable matchup.
Jake Muzzin ($,4600) has given solid value from the Leafs backend this season blocking nearly two shots a game, all the while scoring four points in 10 games. He’s likely to see a tougher matchup himself against the Canucks top line.
In Vancouver, Quinn Hughes ($5,000) has averaged 10.9 FPPG and has scored over a point per game this year. At only $3,900, Jordie Benn has been providing good value this year averaging 8 FPPG scoring three points in seven games, but taking nine shots and blocking 12.

Carey Price ($8,500) is expensive, but has a great matchup against an Ottawa Senators team that just gave up 12 goals in two games to the Edmonton Oilers while scoring seven. Montreal is a better defensive team than that of Edmonton, so I’d expect the Senators to struggle to generate much offence.
At $4,900, Colton Parayko could be a solid play tonight against the Arizona Coyotes. He put up two assists, five blocks and three shots Tuesday against them, and has averaged 10.2 FPPG this season.
Another solid value play could be Warren Foegele ($2,600), who has scored two points in four games to start his season after missing time due to being on the COVID protocol list. He had a goal and an assist over Chicago last night, and could have another good night tonight.
The Leafs Nation is a partner of DraftKings. I am also an avid fan and user (my username is zachlaing) and may sometimes play on my personal account in the games that I offer advice on. Although I have expressed my personal view on the games and strategies above, they do not necessarily reflect the view(s) of DraftKings and I may also deploy different players and strategies than what I recommend above. I am not an employee of DraftKings and do not have access to any non-public information.
Zach Laing is the Nation Network’s news director and senior columnist. He can be followed on Twitter at @zjlaing, or reached by email at zach@oilersnation.com.
Uncategorized
Recent articles from Zach Laing