TheLeafsNation Fantasy Game Day — Who’s it going to be in game three? 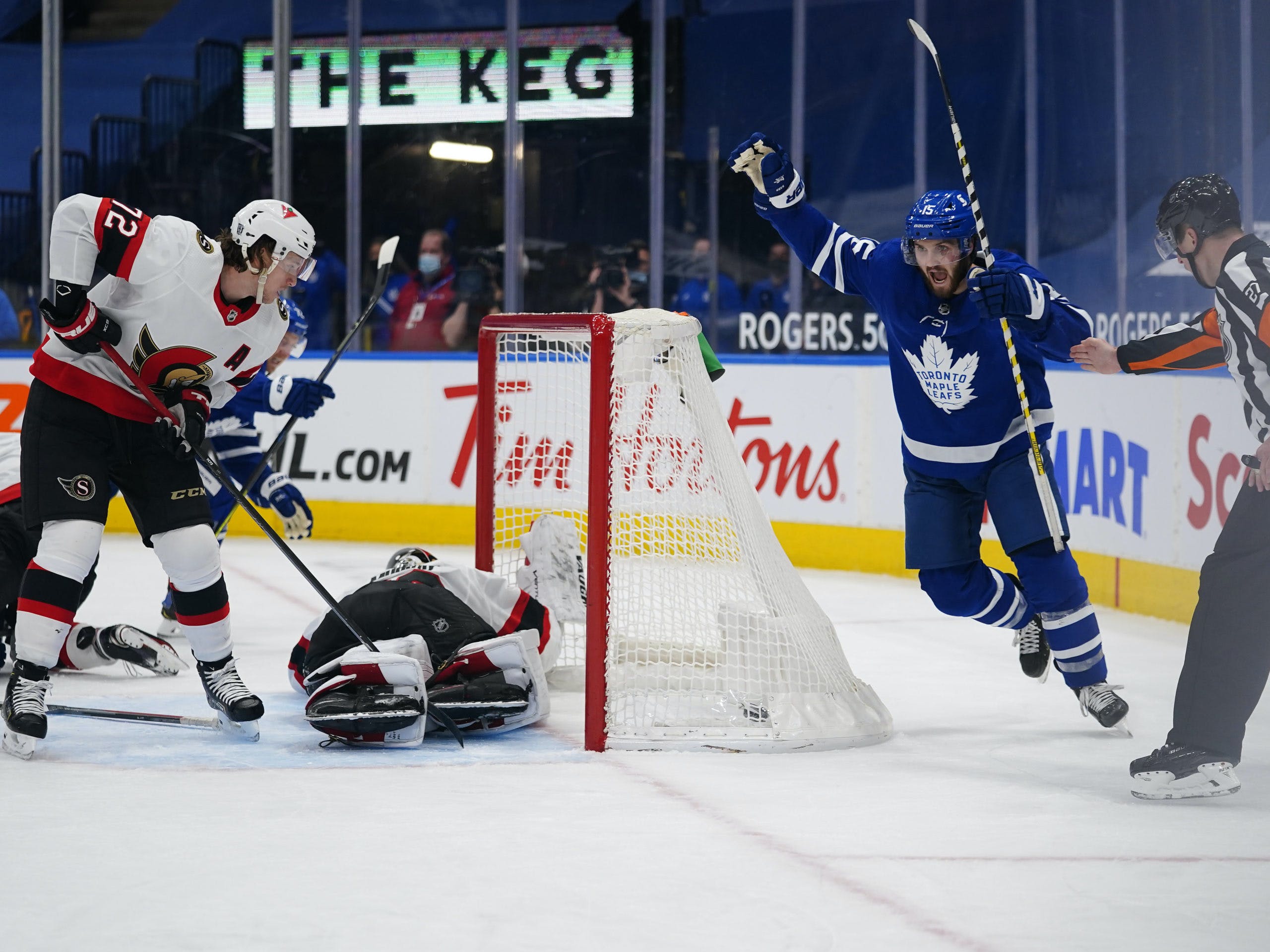 Welcome to TheLeafsNation Game Day where we take a look at today’s Leafs game and a few other things happening around the league all with daily fantasy in mind.
On the second half of a back-to-back, the Toronto Maple Leafs and Ottawa Senators will look to close out their three-game set. With the Senators taking game one and the Leafs game two, who’s going to break the tie?

Auston Matthews ($9,000) sure loves to score goals. Never a bad play.
Jake Muzzin ($5,300) has been providing great value from the back end scoring 9.8 FPPG this season. He’s $1,000 cheaper than teammate Morgan Rielly and outproducing him by nearly 2 FPPG. Justin Holl ($3,700) is another solid daily fantasy player for the Leafs averaging 6.2  FPPG this season.
Brady Tkachuk ($6,500) and Thomas Chabot ($5,900) are the two top-performing Sens this year producing 11.7 and 9.6 FPPG, respectively.

Jordan Binnington ($8,300) and Darcy Kuemper ($8,000) are both solid play in what I feel should be wins for both the St. Louis Blues and Arizona Coyotes.
Zach Aston-Reese ($3,400) has scored three goals in his last three games, the only ones he’s played this year, after coming off the injured reserve with a shoulder injury. He’s fired 10 shots on net in that time, too, and while his shooting percentage will drop he’s red hot right now.
Another player who is red hot? J.G. Pageau ($4,400). He’s up to 10 points in 15 games this year and has scored four goals and an assist in the last three games.
Lars Eller ($2,600) has been very productive given his salary this year scoring five points in 10 games.
The Leafs Nation is a partner of DraftKings. I am also an avid fan and user (my username is zachlaing) and may sometimes play on my personal account in the games that I offer advice on. Although I have expressed my personal view on the games and strategies above, they do not necessarily reflect the view(s) of DraftKings and I may also deploy different players and strategies than what I recommend above. I am not an employee of DraftKings and do not have access to any non-public information.
Zach Laing is the Nation Network’s news director and senior columnist. He can be followed on Twitter at @zjlaing, or reached by email at zach@oilersnation.com.
Uncategorized
Recent articles from Zach Laing