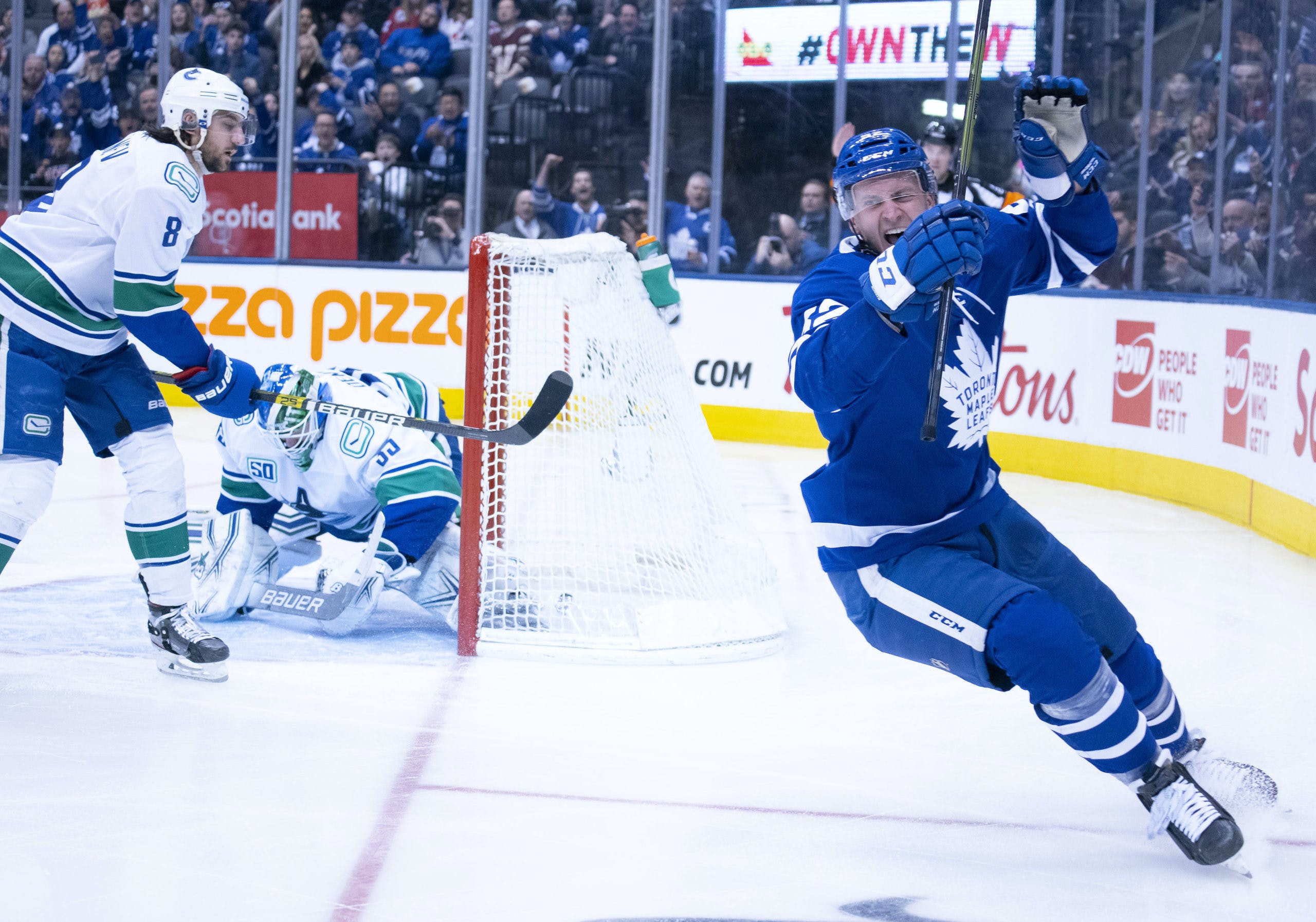 Welcome to TheLeafsNation Game Day where we take a look at today’s Leafs game and a few other things happening around the league all with daily fantasy in mind.
These Leafs, man. It’s safe to say they’ve hit juggernaut status dominating the North Division. They’ve built an impressive lead on the second place Oilers

Auston Matthews ($8,900). That’s it. That’s the play you need in to start.
William Nylander ($5,100) continues to be red hot and is now up to six goals and eight points in his last 10 games. Nylander’s scored three assists against the Canucks in as many games this year, and I can see him getting on the board again.
Quinn Hughes ($5,600) has been a great fantasy play this year averaging 9.2 FPPG while scoring 22 points in 26 games on a team struggling to win games.
Brock Boeser ($6,100) remains the top offensive weapon for the Canucks scoring 25 points in 26 games while averaging 11.1 FPPG.

Semyon Varlamov ($8,300) has a favorable matchup against a poor Buffalo Sabers team. In two games against them this year, he’s posted two wins and 19.7 FPPG.
Averaging 10.3 FPPG, I like Sebastian Aho ($6,200) against the Red Wings tonight. He’s coming off a two-goal performance Tuesday against Nashville.
Either Patrick Kane ($8,500) or Alex DeBrincat ($7,800) could be a solid play against Tampa, who take the most penalties. Both players have averaged over 15 FPPG this year and see powerplay time.
Mike Matheson ($3,700) could be a smart play at home against the Flyers. All four of his points this year have come at home, and he averages 10.3 FPPG there vs. 4.9 FPPG on the road.
The Leafs Nation is a partner of DraftKings. I am also an avid fan and user (my username is zachlaing) and may sometimes play on my personal account in the games that I offer advice on. Although I have expressed my personal view on the games and strategies above, they do not necessarily reflect the view(s) of DraftKings and I may also deploy different players and strategies than what I recommend above. I am not an employee of DraftKings and do not have access to any non-public information.
Zach Laing is the Nation Network’s news director and senior columnist. He can be followed on Twitter at @zjlaing, or reached by email at zach@oilersnation.com.
Uncategorized
Recent articles from Zach Laing