TheLeafsNation Fantasy Gameday — Getting the Leafs back on track 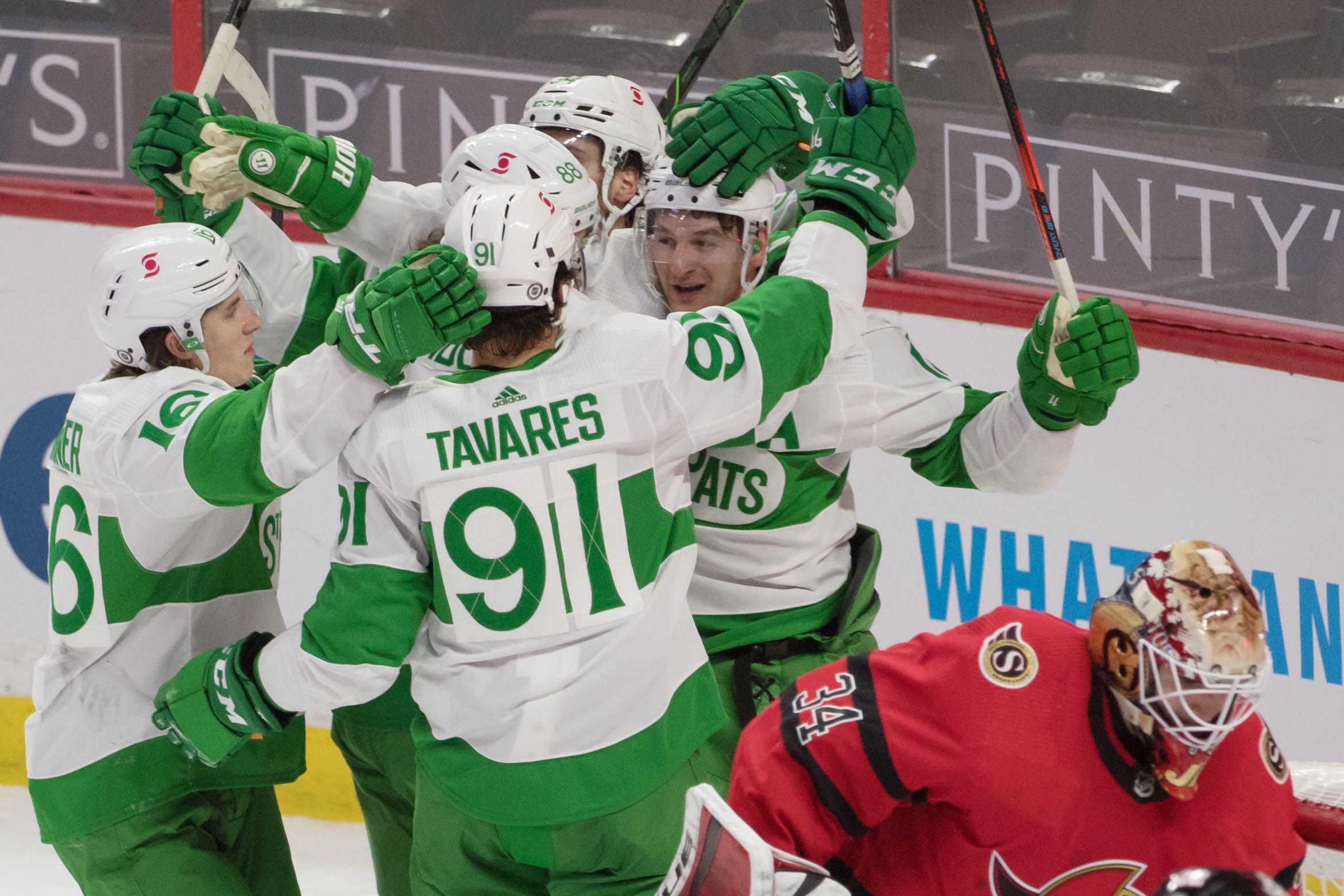 Welcome to TheLeafsNation Game Day where we take a look at today’s Leafs game and a few other things happening around the league all with daily fantasy in mind.
It’s been a hot minute (five days, to be exact), since we saw the Leafs in action when they snagged a 2-0 win over the Calgary Flames. And tonight, Toronto looks to make it two in a row against the Ottawa Senators.
Play free fantasy hockey for huge prizes on DraftKings here.

Is Jack Campbell ($8,400) the new Leafs starter? He’s played in four games this year notching four wins and allowing only four goals. He’s a definite plug-and-play against a weak Ottawa team.
John Tavares ($6,500) has loved playing Ottawa this year scoring three goals and as many points. He’s also been hot over the last 10 games scoring eight points. He’s averaged 10.4 FPPG on the season.
Across the rink, Brady Tkachuk ($7,200) has arguably the most valuable of any Senator. He’s scoring 12.2 FPPG this year and against the Leafs, that climbs to 16.5 FPPG.
Drake Batherson ($4,500) could be a solid play tonight, too. His FPPG jumps from 8.3 to 12.2 against the Leafs this season with four goals and six points in six games.

Another good start in net could be Semyon Varlamov ($7,600). He’s played in four games against the Bruins this year earning four wins and one shutout averaging 25.1 FPPG.
J.G. Pageau ($4,200) could be another solid play in that game. Pageau has averaged +9.2 FPPG more against the Bruins this year than against other teams. He’s scored four goals and five points in four games against Boston this year.
Pittsburgh plays Buffalo tonight, so you could dress pretty much anyone there and have a good time doing it. Sidney Crosby ($7,600) has scored two goals and four points in three games against them this year averaging +3.8 FPPG against Buffalo than his season average elsewhere.
The Leafs Nation is a partner of DraftKings. I am also an avid fan and user (my username is zachlaing) and may sometimes play on my personal account in the games that I offer advice on. Although I have expressed my personal view on the games and strategies above, they do not necessarily reflect the view(s) of DraftKings and I may also deploy different players and strategies than what I recommend above. I am not an employee of DraftKings and do not have access to any non-public information.
Zach Laing is the Nation Network’s news director and senior columnist. He can be followed on Twitter at @zjlaing, or reached by email at zach@oilersnation.com.
Uncategorized
Recent articles from Zach Laing