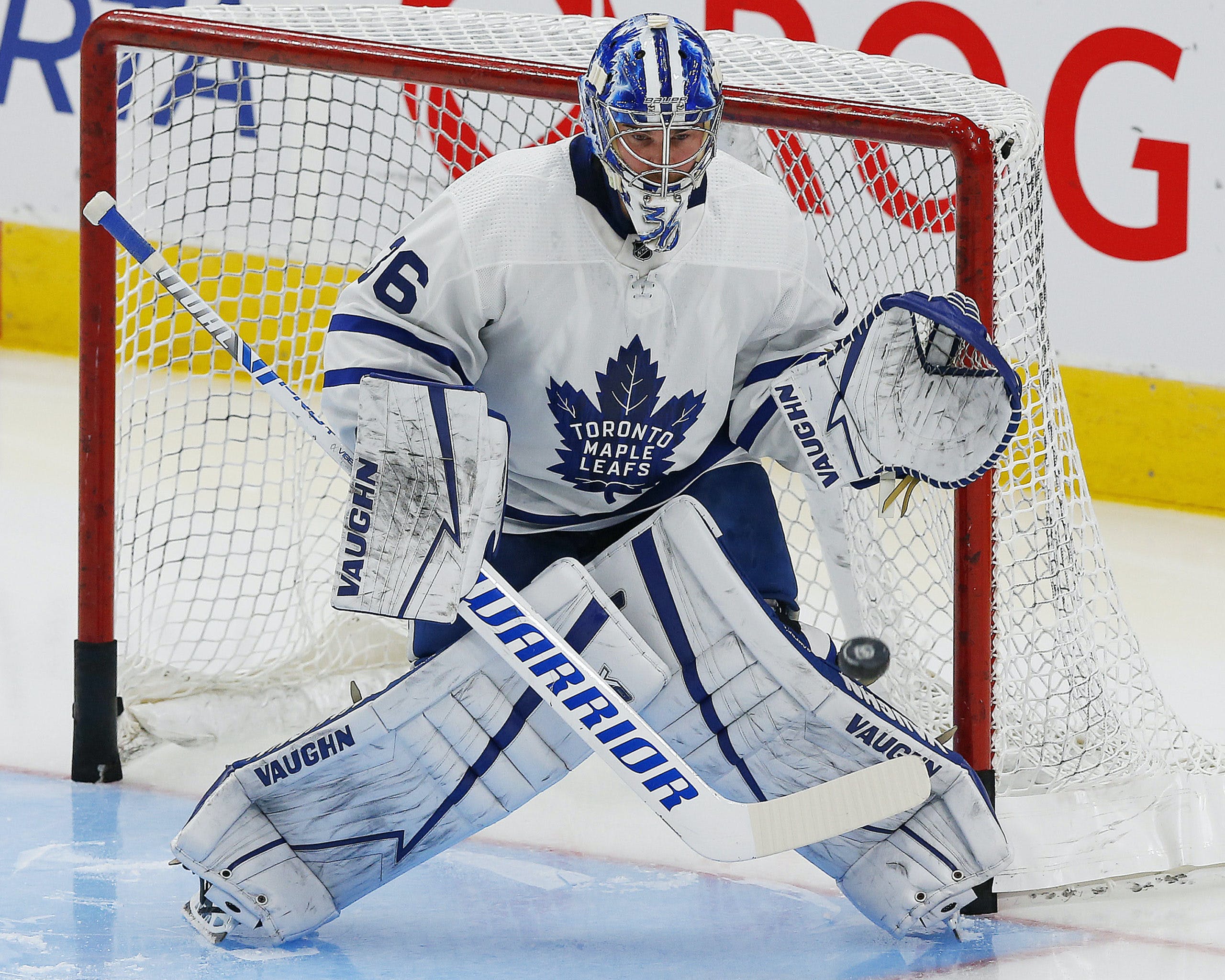 Welcome to TheLeafsNation Game Day where we take a look at today’s Leafs game and a few other things happening around the league all with daily fantasy in mind.
They didn’t get the win last night as the Leafs slide continues, but with Jack Campbell back in net, will the Leafs serve a better fate tonight?

I wouldn’t be shy about playing Jack Campbell ($8,200) as your starting goalie tonight. He’s posted a 3-0 record and a .951 save percentage in his brief appearances this year, averaging 20.9 FPPG.
On a tear in the last 10 games, John Tavares ($6,900) could be a solid play tonight. He’s scored three goals and nine points in that time averaging 11.4 FPPG.
Elias Lindholm ($5,700) has been red hot for the Flames as of late scoring 10 points in his last 10 games, including a 9.1 fantasy point performance last night. On the year, he’s averaged 10 FPPG and plays better on the road.
Mark Giordano ($5,400) has been solid for the Flames on the backend this year, but his game has elevated against the Leafs. He’s scored three points in five games averaging 12.1 FPPG against the team tonight.

Connor McDavid ($9,100) has sure loved playing the Jets this year. He’s scored 11 points in five games against them averaging over 23 FPPG. He would be a solid player to build your lineup around tonight.
The Sharks will look to exact revenge against the Blues tonight, and Evander Kane ($6,100) is likely to lead that charge. He’s scored six points in seven games against the Blues this year.
The Leafs Nation is a partner of DraftKings. I am also an avid fan and user (my username is zachlaing) and may sometimes play on my personal account in the games that I offer advice on. Although I have expressed my personal view on the games and strategies above, they do not necessarily reflect the view(s) of DraftKings and I may also deploy different players and strategies than what I recommend above. I am not an employee of DraftKings and do not have access to any non-public information.
Zach Laing is the Nation Network’s news director and senior columnist. He can be followed on Twitter at @zjlaing, or reached by email at zach@oilersnation.com.
Uncategorized
Recent articles from Zach Laing