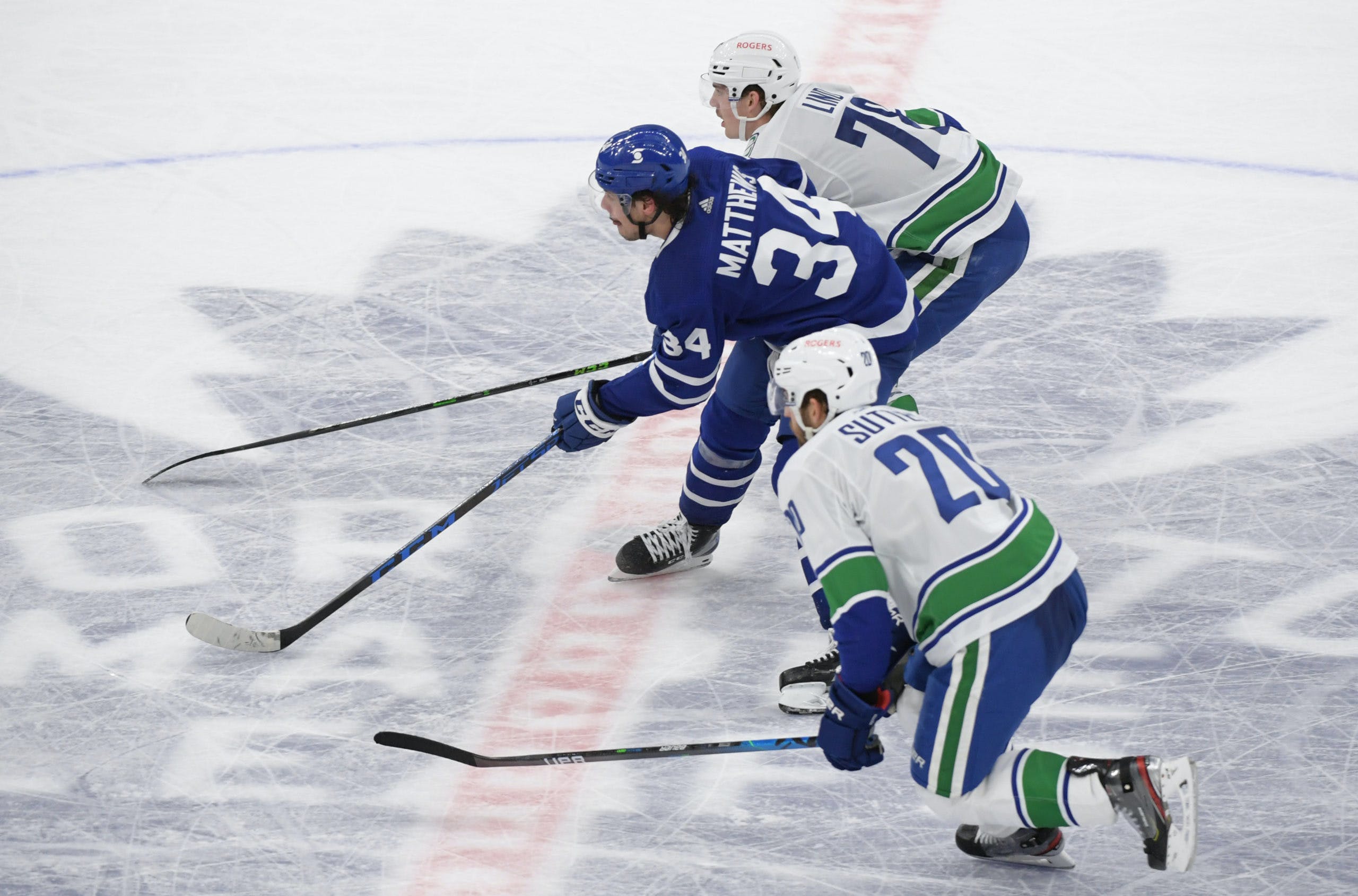 Welcome to TheLeafsNation Game Day where we take a look at today’s Leafs game and a few other things happening around the league all with daily fantasy in mind.
In their fourth game against the Canucks in the last two weeks, the Leafs will close out their nine game series against them. The Canucks have won two of the last three, but can the Leafs still the show tonight?
Play free fantasy hockey for huge prizes on DraftKings here.

Auston Matthews ($9,100). Next.
John Tavares ($6,900) has provided solid value all year and has eight points in eight games against Vancouver. I could see him keeping up that pace tonight.
Nick Foligno ($4,100) has gotten assists in each of his three games with Toronto so far, and I like his chances to keep it up tonight.

I like Devan Dubnyk ($8,100) in net tonight for the Avs against the Sharks as well as teammate Cale Makar ($6,100). He has six points in three games against San Jose this year.
Ryan McLeod ($2,500) is playing his fourth NHL game tonight, but bumps up the lineup playing alongside Ryan Nugent-Hopkins and Jesse Puljujarvi.
The Leafs Nation is a partner of DraftKings. I am also an avid fan and user (my username is zachlaing) and may sometimes play on my personal account in the games that I offer advice on. Although I have expressed my personal view on the games and strategies above, they do not necessarily reflect the view(s) of DraftKings and I may also deploy different players and strategies than what I recommend above. I am not an employee of DraftKings and do not have access to any non-public information.
Zach Laing is the Nation Network’s news director and senior columnist. He can be followed on Twitter at @zjlaing, or reached by email at zach@oilersnation.com.
Uncategorized
Recent articles from Zach Laing