There is value in keeping Jack Campbell 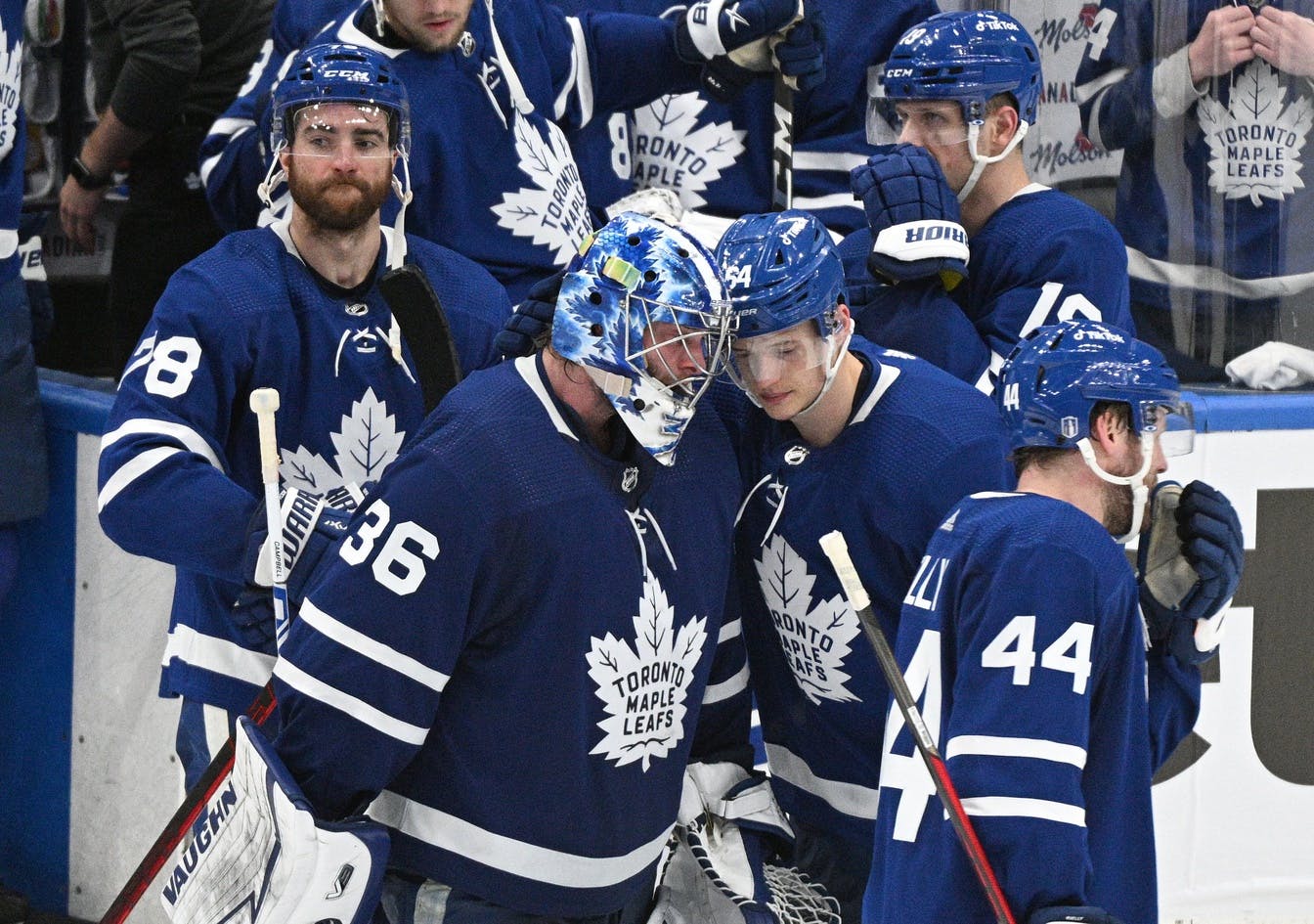 By Dylan Murphy
7 months ago
Goalies are weird, unpredictable, and downright chaotic people. I would argue it is near impossible to properly project how a goalie will perform in any given situation. It’s one of the reasons I personally shy away from going too in-depth on analyzing goaltenders, but for the rest of this week, that’s what I’m going to do.
A popular saying around the hockey Twitter world is ‘goalies are voodoo’ and I firmly believe that saying is true, you never really know what you’re going to get. On any given night, the guy with the league worst save percentage can throw up a 47 save shutout and the best in the business can allow five goals on five shots. There’s no scientific method to creating the perfect goaltender, so most teams in the NHL have to make do with the best they can get.
And for the Toronto Maple Leafs, the best they can get this offseason may very well be Jack Campbell.
In the days and weeks following Toronto’s latest first-round exit, there were plenty of disparaging words, both in the media and fanbase, going around about Campbell. Among the popular arguments are doubts of his ability to be a true starter, if he can get the job done in the playoffs, past injury concerns, and questions on whether he even wants to return.
“With Jack, obviously he’s really interested in coming back and would be committed to do that,” his agent, Kurt Overhardt told The Athletic earlier this month. “We continue to talk to the club, and we’ve got an open dialogue. Nothing to report other than that.”
So with the question of ‘would he?’ now out of the way, focus shifts to ‘should they?’
One reason to keep him is purely the good vibes he brings. Campbell is beloved by his teammates and that’s a factor that often goes underappreciated in media reports on roster construction. Teams achieve success with a positive attitude and when they can all rally together under the united cause. Campbell and his golden retreiver-like personality definitely fits the characteristics of what a typical coach would call a glue guy- the player who brings people together.
And yes, Campbell’s tenure with the Leafs has seen his game go through peaks and valleys. He’s gone from All-Star to half-a-star, and yes, he has had some injury concerns. However, objectively and statistically speaking, he has comfortably been one of the top goaltenders in the league since coming to Toronto.
Campbell has started 71 games since the beginning of the 2021 season, and his average save percentage through that time has been .916, roughly equivalent to his career average (.915 in 142 total NHL games.) Campbell ranks 6th on a list compiled by The Athletic of starting goalies sorted by save percentage since 2020. The players who ranked above him? Igor Shesterkin, Ilya Sorokin, Juuse Saros, Andrei Vasilevskiy, and newly-minted Stanley Cup Champion Darcy Kuemper.
Getting someone definitively ‘better’ than Campbell will be an uphill battle, so perhaps it’s best to stick with the guy who’s been their best option in the past couple of seasons, and provide him with better supports, like a 1B/backup with a much better resume for reliability than Petr Mrazek, and a better goaltending coach, just to name a few things.
But again, goalies are voodoo, and past performance is the farthest thing from a surefire indicator of future success when discussing this position.
More From TheLeafsNation.com