There’s no one way to be a hockey fan, and that’s okay 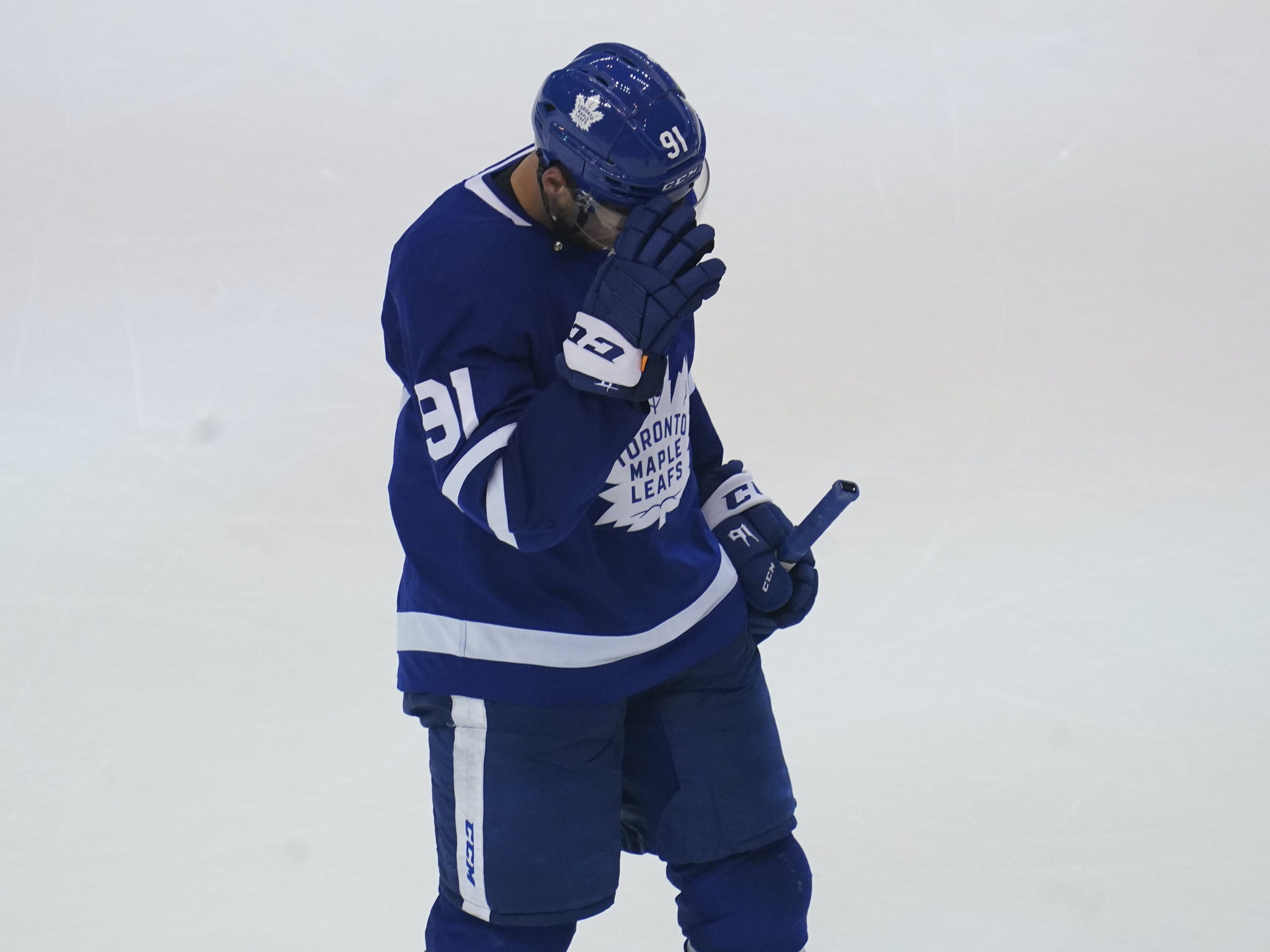 By Mer
1 year ago
I took the summer off from hockey.
There. I said it, acknowledged it, it’s out there and real. I tried for a while to play it off like my life got busy, I was overwhelmed with moving and work, etc etc. And all of that is true. But what is also true is I made a conscious choice to step back from something I love, that is a huge part of my life. I made a choice, and I took the summer off from really thinking about or closely following the NHL, the Leafs, and hockey at large, to be honest.
I am a diehard hockey fan – I love the game, I love my hometown team, I love women’s hockey. But by the end of the Leafs season, the game of hockey was bringing me more stress than joy. And so I needed to take a step back, I needed to take time away from this thing I love so much. And that’s okay. It doesn’t make me less of a fan.
I’m going to repeat that – it does not make me less of a fan.
Why did I need a break? What brought it on?
Obviously, the Leafs – a team I have loved and followed for more than 30 years – making a first round exit again did not help matters. But the issues ran deeper than that. The disillusion was not just with the way one team played the game. It was with the culture around hockey as a whole.
I wrote many times last year about the pervasive problems in the hockey world regarding issues of diversity, equity, and inclusion. Time and again we as fans were confronted with situations that reminded us quite clearly that hockey is still not at all for everyone. The Mitchell Miller situation, which I wrote about here, is one example. The racism hurled at K’Andre Miller during his first Zoom call with the Rangers is another. How about the racism Ethan Bear received from fans?
And that’s just in the last year. And isn’t even everything.
The issues aren’t limited to the NHL. During the Isobel Cup tournament, there was a widely discussed online battle between Barstool and many members of the NWHL media (and some of its players, like Saroya Tinker). The NWHL players themselves were divided in their support. Later in the year, Toronto Six President and Head Coach Digit Murphy came under fire for her involvement with an organization with publicly transphobic views.
It became increasingly difficult to be a fervent fan of a sport that kept showing me it didn’t care about anyone who wasn’t a white, cisgendered, heterosexual person. Not to mention that men’s hockey (and its male fans) continue to make hockey, and its online fan spaces, uncomfortable and often unsafe for women.
There was another aspect of hockey culture that was bothering me, too.
As Leafs fans, we all remember the terrible, traumatic, horrifying John Tavares injury in the spring. But what I remember more is how quickly he showed back up on the ice. And I don’t mean that in a positive way.
Professional hockey glamorizes playing through pain. It glamorizes being strong and tough to the point of putting oneself at risk physically, and mentally. Over the course of the last year, Jonathan Toews has taken time away from the game to recover from some debilitating medical issues, Stephen Johns has come back to playing for a short while only to realize he no longer can do so safely, Colin Wilson retired after multiple surgeries, Henrik Lundqvist had heart surgery – just to list a few.
Both Stephen Johns and Colin Wilson spoke out publicly this year about their mental health struggles as hockey players. Robin Lehner has been quite vocal, as well. What was most striking in the reports by Johns and Wilson was how little support they received internally with their mental health struggles that accompanied their physical health challenges. The focus was on masking their physical pain so that they could continue to play, and not on treating them as a whole person.
The results of this neglect are literally deadly – as, unfortunately, many family members of former hockey players know. Wade Belak’s widow is just one who has spoken about CTE and how the NHL is failing its players by not acknowledging the link between concussions and the syndrome.
All of this is to say that after a year spent talking and writing about hockey culture and being met with sneering jibes from many, watching the captain of my hometown team suffer an injury in such a traumatic way and then show up back on the ice merely days later was terrifying. I needed a break.
And I’m still a fan.
So stop telling people who are critical of the NHL (or NWHL) to “stop watching if you don’t like it.” No. That’s not the answer. I love hockey. I love my teams. And because I love them, I want them to do better. I want them to be better. That doesn’t make me a bad fan, or less of a fan. It doesn’t give anyone else the right to tell me to stop watching, to stop engaging.
I want to be able to fully enjoy this game and the teams I have grown up with or grown to love. I want them to meet bars that are not literally on the ground. I want this sport to be safe and welcoming. And so I am a hockey fan, even when I don’t love everything about it.
And that’s okay.
Uncategorized
Recent articles from Mer