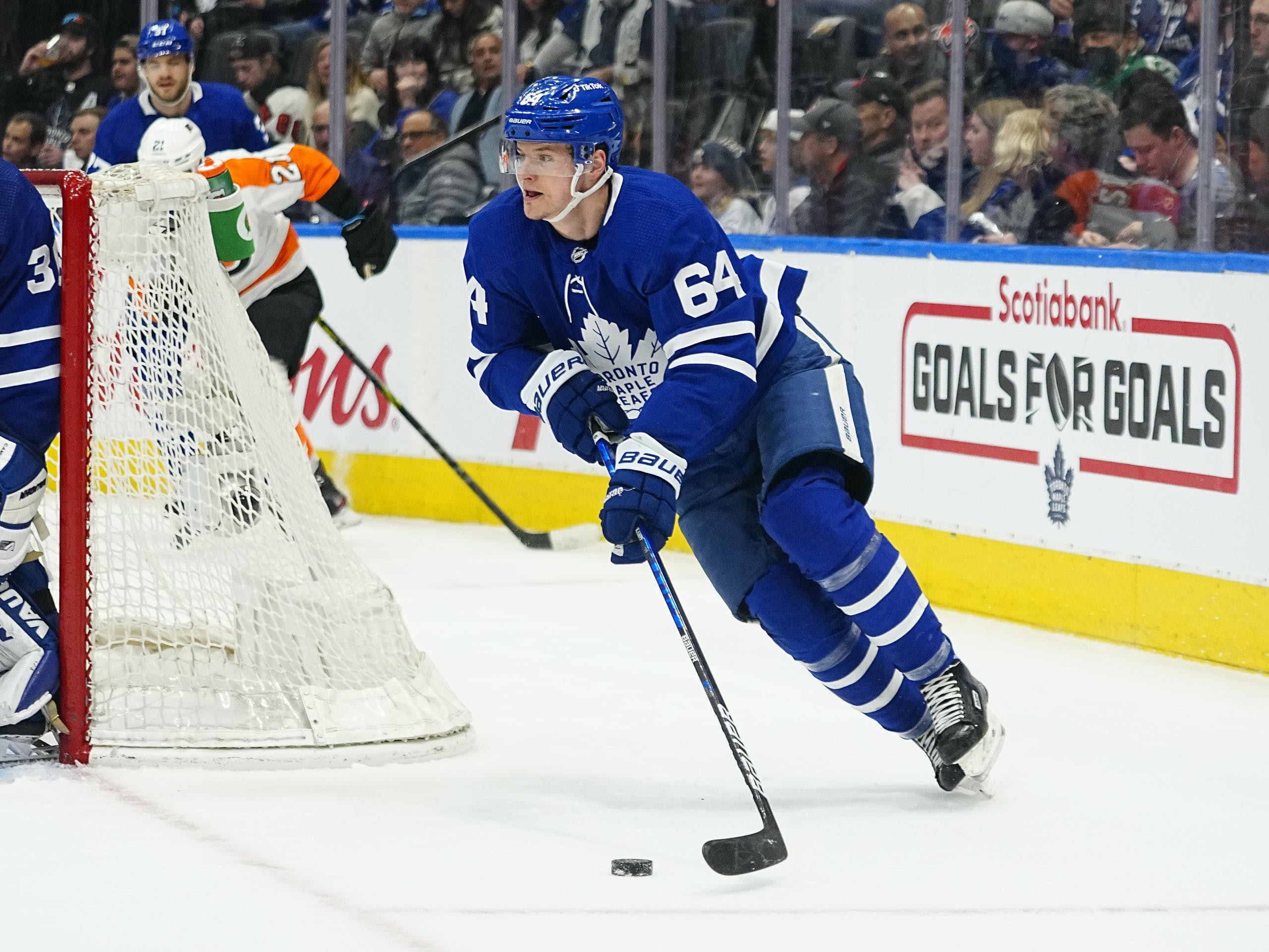 By James Reeve
2 months ago
The Toronto Maple Leafs enter the 2022-23 season desperate to progress beyond the first round of the playoffs, and this year’s roster should have a serious chance of achieving that.
The Leafs have fallen short of playoff expectations in the past couple of seasons, suffering back-to-back game seven eliminations against the Montreal Canadiens and Tampa Bay Lightning respectively. Coincidentally, both teams reached the Stanley Cup Finals. However, the two series felt completely different from the Leafs’ perspective.
The 2021 collapse to the Canadiens felt like the Leafs were their own worst enemies, with some sloppy decisions resulting in Montreal’s comeback from a 3-1 deficit, while the 2022 series was much closer and the narrow 2-1 defeat in game seven felt like a genuine disappointment after such a strong showing.
This year, the team will be determined to overcome six consecutive years of first-round eliminations and will look to build on the positives from the nail-biting seven-game series against the Lightning. However, they will do so with quite a different-looking bottom-six forward group.
The likes of Ondřej Kaše, Ilya Mikheyev and Jason Spezza are no longer with the team, so a new-look bottom half will be seen on the ice this season. It’s arguably the biggest shake-up the team have had, and Daily Faceoff’s projected third line that head coach Sheldon Keefe could call upon could well be a catalyst for success when all is said and done.
Fresh off the back of a breakout season, one in which he scored a career-high 15 goals and earned himself a new $2.25 million contract extension, Pierre Engvall will slot back into the third-line left wing position he cemented by the end of last season. The Swede believes he can be a 20-goal scorer for the Leafs, and he should provide the team with some valuable depth scoring if he can improve on his 9.7% shooting percentage from last year.
Alongside him will be David Kämpf, who established himself as a reliable defensive centre for the Leafs last season, even earning himself a single fourth-place vote for the Selke, putting him ahead of Sidney Crosby, Evan Rodrigues and Bo Horvat. With a success rate of 52.9% in the face-off circle, as well as starting in the defensive zone almost exclusively, including 92.8% of the time in the playoffs, Kämpf will once again provide the Leafs with a strong defensive presence further down the line-up.
With Kaše and even Mikheyev finding new homes this off-season, the Toronto Maple Leafs needed to find someone who could fill the role of third-line right wing and could fit in alongside the players already pencilled in at their positions. They certainly seem to have found an ideal addition in the form of Calle Järnkrok.
Järnkrok is another defensively sound forward that will help strengthen the Leafs’ bottom six while having enough offensive upside to consistently contribute between 10 and 15 goals a season. He is capable of playing at centre and will give the Leafs another player with decent enough face-off numbers to fill in where necessary. General manager Kyle Dubas clearly believes he can be a key contributor to the team, signing him to a four-year deal with an AAV of $2.1 million in free agency this summer.
On paper, the Leafs’ third line might not feel overly different. However, it’s clear that defence is still an area that the team is keen to solidify, allowing superstars Auston Matthews and Mitch Marner to focus on their offensive game. Recent seasons have seen an effort to roll three strong offensive-minded lines, whereas this iteration of the third line should see the Leafs play responsibly on the defensive side of the ice, retaining possession and complimenting the team’s strong top six.
That’s not to say that the third line will only be defensive. Combined, the three aforementioned players scored 38 goals last season. Together, there’s a possibility of that increasing; making their value to the team even higher. The top six will always be the focus, the ones who will score the highlight reel goals and win the accolades, but the team’s new-look third line could be the defensive compliment that is needed to strengthen the team enough to push them past their first-round barrier.
More from TheLeafsNation.com: