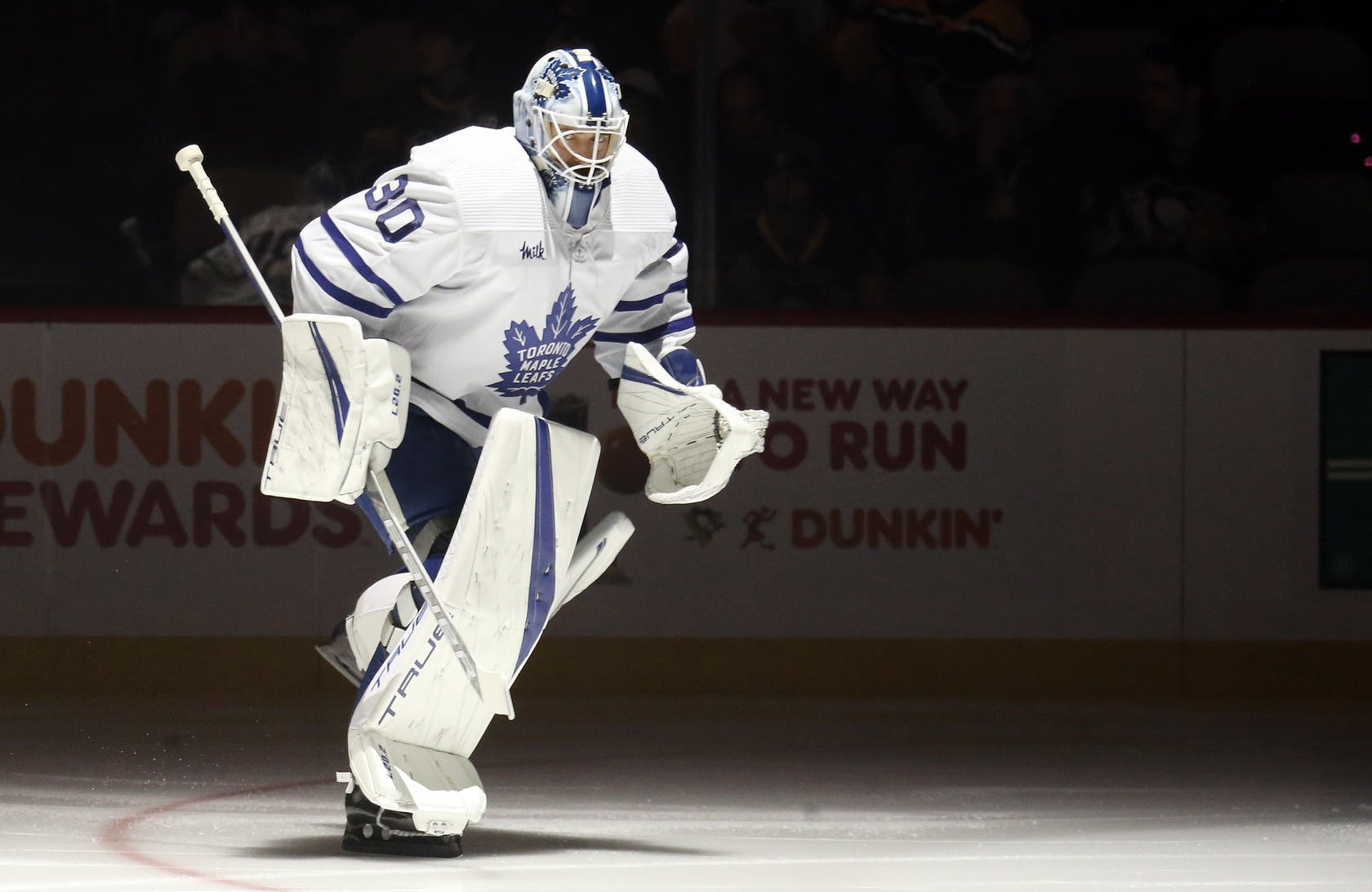 By Steven Ellis
5 days ago
Everyone had strong opinions about Toronto’s goaltending heading into the season.
Matt Murray had an awful season and struggled to stay healthy. The Washington Capitals didn’t qualify the once-promising Ilya Samsonov despite sharing the starting role. Toronto picked both up during the summer, moving on from Jack Campbell, the team’s starter for the past season and a half.
So fans and critics alike had ample reason to be concerned. And when Murray went down with an injury during the first week of the season, and Samsonov joined him on the sidelines earlier this month, everyone went back into sheer panic mode.
Erik Kallgren assumed the starter’s role, but struggled. Kyle Dubas had no other goalies at his disposal, so he was forced to sign Toronto Marlies starter Keith Petruzelli. He never saw any game action before Murray returned this week and, now the team has to figure out what to do with him now that Kallgren will be loaned back shortly, and Joseph Woll is back from injury.
Murray’s injury history is worrying, and he has just two games to his credit this year. But coach Kyle Dubas is starting him for the second consecutive game this year because he wants, and needs, Murray to get back up to speed after a tough start to the season. He missed a month because of an adductor injury, but he looked great against Pittsburgh in his first game back.
Samsonov has been ruled out of action this weekend, so Murray could get the start against Buffalo on Saturday, too. He had an awful end to the 2021-22 season in Ottawa with six consecutive losses – some of which were not his fault – so a strong start with a new team was supposed to be a big boost for Murray. He never got that opportunity, so he’s playing catch-up. Kallgren’s rocky play, plus the fact there are no back-to-backs this week, definitely helps the case for Murray getting every start until Samsonov is ready.
It’s all about getting reps in and gaining his confidence back. Toronto’s defense is perhaps one of the best units he’s had in his career – make your jokes now, Justin Holl haters – so he’ll have a good support system in front. The New Jersey Devils are one tough cookie to crack right now, but Toronto seems to play better against stronger teams, anyways.
The starting role is still entirely up in the air. Murray seemed like the projected No. 1, but Samsonov played very well in Murray’s absence. If Murray can click off a few wins, that’ll tighten the race. Of course, we still have to see how Samsonov looks once he returns, too, but he’ll fight for as much playing time as possible. The idea from the start seemed to be having them split action this year, so we’ll see if that’s the case soon.
So this is Murray’s chance to shine, show he was worth the risk from the get-go. The trade to bring him over from Ottawa was criticized due to his play the past few years, and his injury risk was evident. It was hard to say they upgraded the goaltending before the season began, but it’s a fresh start for No. 30. Once Samsonov is back, potentially next week, they’ll finally have their 1-2 tandem for the first time since the opening game of the season.
For now, it’s up to Murray to show how capable he is as a No. 1 again. And facing off against Sidney Crosby, Evgeni Malkin, Jack Hughes and Jesper Bratt this week is a good way to get things kicked off.
Editorials
Recent articles from Steven Ellis