‘This is the only place I would play’ Jason Spezza wants to return to Maple Leafs, but only if he can contribute 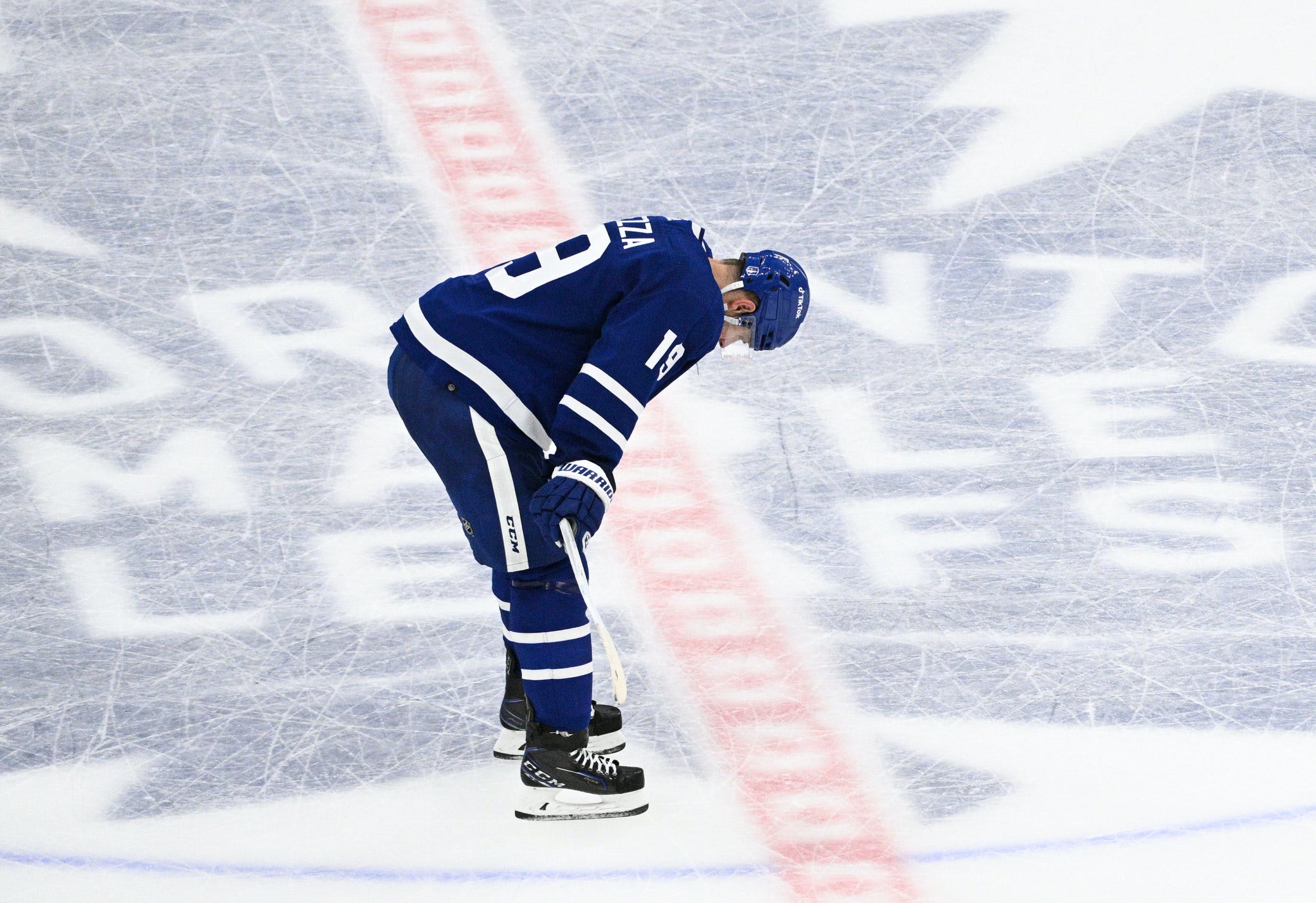 By Nick Barden
8 months ago
The clock may have finally stopped on Jason Spezza’s playing career, but there might be room for another battery in what would be one final spin.
As the Maple Leafs went through locker cleanout day, each of them shared the massive disappointment, and the thought that this team was different heading into this year’s playoffs.
“The group has lofty goals and when it ends in the first round like that, it’s jarring as an athlete because you want better results.” Said a distraught Spezza to the media on Tuesday.
A number of players have big decisions to make in the off-season. Jack Campbell needs to think about whether he wants to test the open market, Mark Giordano the same, and a few others have that decision too. Do they want to come back and push for a Stanley Cup with this group or try it with another team?
Spezza gave the same message he has in previous seasons. He wants to be a Maple Leafs until his time runs out.
“This is the only place I would play.” Spezza said.
The 38-year-old finished off the regular season with 12 goals and 13 assists over a 71-game span. While Spezza spent every minute of ice-time on the fourth line, his contributions in the locker room were second-to-none. Although he only had one point through five games in the playoffs, his leadership was felt throughout the entire dressing room.
“I don’t know if I can measure and even have the words to say how important he’s been for our team, and I know, specifically for myself as the captain,” said Maple Leafs captain John Tavares to the media on Tuesday. “Obviously, what he can do as a hockey player and how he’s just accepted the role that he has because he truly believes in this group here and what we can do and the opportunity we have.
“And it’s not even just that, it’s the fun and the joy he brings every day at his age and how long he’s been around, so he’s been an extremely important player and person for us.”
Now comes the biggest decision of Spezza’s career — does he retire from hockey or will he see if Maple Leafs GM Kyle Dubas will have him back for one final hurrah? If it is in fact one final year, it might be one where he finds himself in and out of the lineup a lot.
“That’ll be a conversation that I’ll have with Jason here in the coming days and weeks and then we’ll report back.” said Dubas on Tuesday regarding whether or not Spezza will return.
Spezza has remained neutral on the matter, though. The 38-year-old wants to be able to contribute in important ways and if he can’t do that, this might just be the end of him in the NHL as a player.
“I love the game. I’ve always maintained that if I can provide significance to the group, if I’m a contributor every night, then I want to play.”
More from TheLeafsNation.com
POINTSBET IS LIVE IN ONTARIO