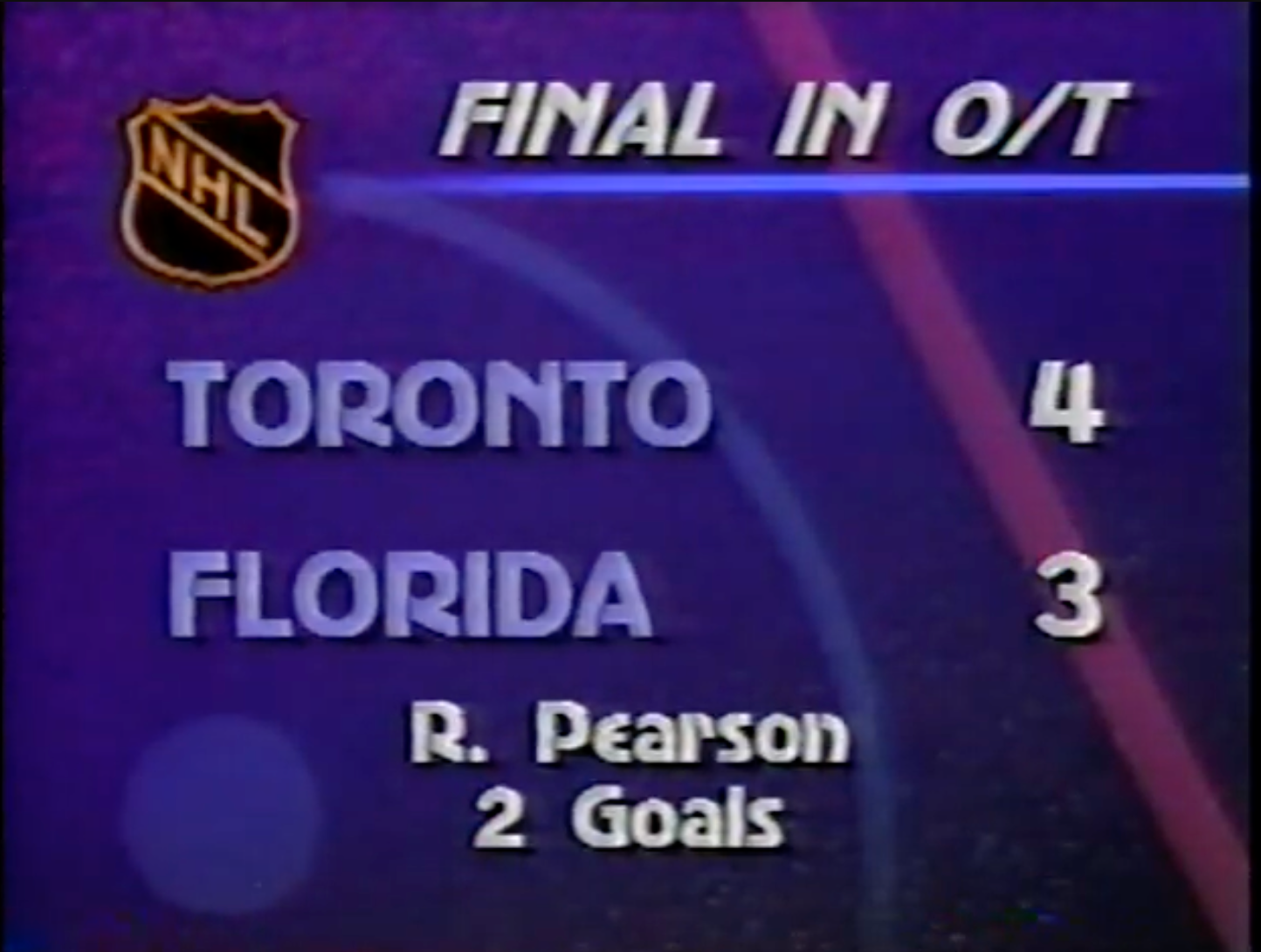 By Cam Lewis
14 days ago
After having their hearts broken in Game 7 of the Western Conference Final in the spring of 1993, the Toronto Maple Leafs came out of the gates flying the following season.
They opened things up with a 6-3 win over the Dallas Stars and then earned victories on back-to-back nights against the Chicago Blackhawks and Philadelphia Flyers. The good times kept rolling with a 7-1 spanking of the Washington Capitals and then the Leafs won another pair of games by sweeping a home-and-home with the Detroit Red Wings. Following a commanding 7-3 win over the Hartford Whalers, the Leafs had an opportunity to match the NHL’s longest-ever winning streak to start a season.
Their opponent? The Florida Panthers, one of the league’s two new expansion franchises. While the expansion teams from the previous season, the Tampa Bay Lightning and Ottawa Senators, had struggled mightily in their inaugural seasons, the Panthers and the Mighty Ducks of Anaheim were both decent teams right off the hop.
Key to Florida’s success was goaltender John Vanbiesbrouck, who they selected with the top pick in the two-team expansion draft with the Mighty Ducks. Vanbiesbrouck had won the Vezina Trophy back in 1985-86 but the New York Rangers ultimately decided that Mike Richter would be their goaltender of the future.
In Toronto’s net opposing Vanbiesbrouck was Damian Rhodes, a rookie who was making his first start of his season after Felix Potvin had suited up for the team’s first seven games. It was just the second start of Rhodes’ career, with his first coming all the way back in March of 1991 in a win over the Red Wings.
The Panthers opened the scoring in the middle of the first frame on a goal by Tom Fitzgerald but Dave Andreychuk tied things up shortly after with a power-play goal. Early in the second, the Panthers pulled ahead again, but Toronto again answered with goals from Rob Pearson and Kent Manderville. Florida tied the game up in the latter part of the third period, setting the stage for a dramatic game-winning goal from Pearson in overtime.

After the game, Rhodes noted that he had a scary thought pop into his head in the middle of the first period. “I thought about the record,” Rhodes said. “I had to clear my mind. I had to get it out of my head.” He wound up stopping 26 of 29 shots in the win and Toronto tied the 1934-35 Leafs and the 1975-76 Buffalo Sabres for the longest winning streak ever to start an NHL season at eight.
A couple of nights later, the Leafs broke the record with a win in Tampa Bay and they extended the streak to 10 games with another win over Chicago. The Montreal Canadiens, the defending Stanley Cup Champions, would wind up ending Toronto’s streak with a 5-2 win at the Montreal Forum.
The record is now shared with the 2006-07 Buffalo Sabres, another team who came out of the gates flying after a heartbreaking loss in Game 7 of the Conference Finals the previous season.
The highlights from the game can be viewed below, starting at 19:11 of the video.
Content
Recent articles from Cam Lewis