Throwback Thursday: 70 years ago this week, Bill Barilko won the Leafs the Cup 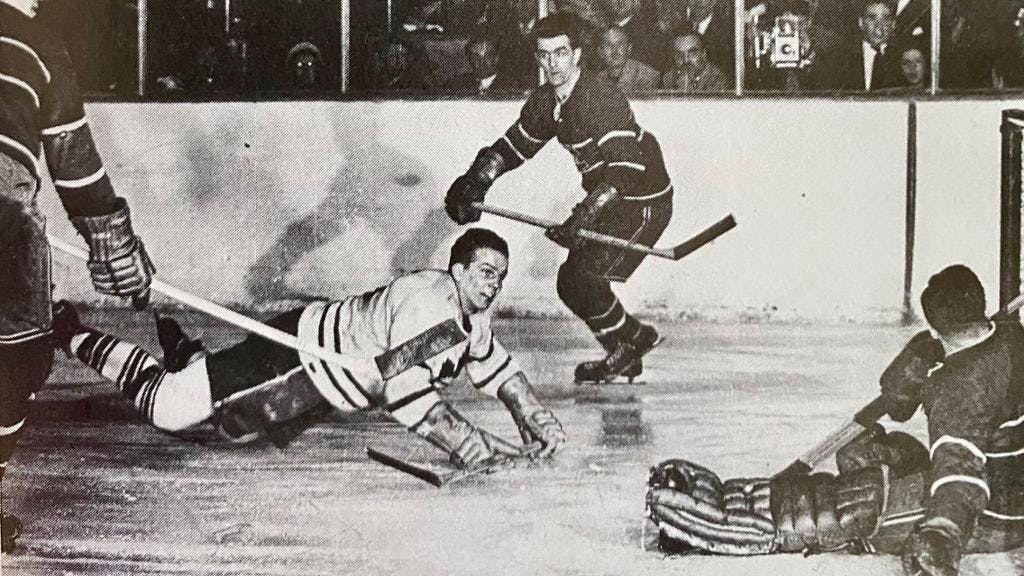 By Zach Laing
1 year ago
Welcome back to another edition of Throwback Thursday!
This week 70 years ago today (April 21, 1951), Bill Barilko played his final game with the Toronto Maple Leafs.
The last goal Barilko ever scored won the Leafs the Cup that year. It was game the overtime winner in game five for the Leafs going up against the Montreal Canadiens.
He crashed the crease in that overtime period flipping a backhand shot over Habs goalie Gerry McNeil landing the Leafs their fourth cup in five years.
His story had a tragic end as that summer, Barilko disappeared on a fishing trip. 11 years later, he and his dentist he went on that trip with, Henry Hudson, were found 100 km north of Cochrane, Ontario.
Barilko’s forever been heroized in Ontario, largely in thanks due to the legendary song by The Tragically Hip, Fifty-Mission Cap.
He had joined the Leafs in Feb. 1947 when he was called up from the PCHL’s Hollywood Wolves debuting wearing number 21. He scored 10 points in 18 games that season, and stayed with the club until his death at only 24 years old. Barilko appeared in 252 games with the Leafs over his career scoring 62 points with another 12 points in 47 playoff games.
Zach Laing is the Nation Network’s news director and senior columnist. He can be followed on Twitter at @zjlaing, or reached by email at zach@oilersnation.com.
Uncategorized
Recent articles from Zach Laing