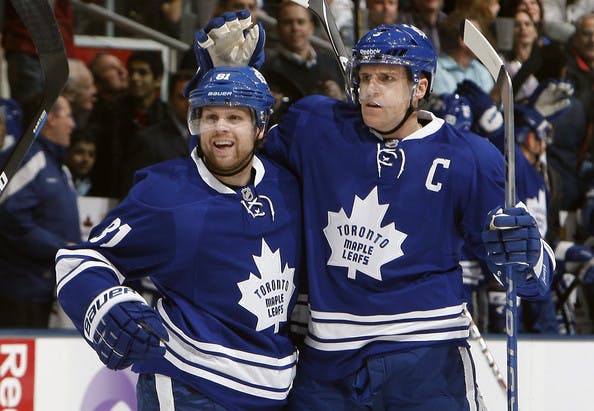 By Zach Laing
1 year ago
Welcome back to another edition of Throwback Thursday!
This week in 2016 (Feb. 9), the Toronto Maple Leafs traded Dion Phaneuf and others to the Ottawa Senators in a massive nine-player trade.
The deal saw Phaneuf, Matt Frattin, Casey Bailey, Ryan Rupert and Cody Donaghey sent to the Sens in exchange for Jared Cowen, Colin Greening, Milan Michalek, Tobias Lindberg and a second-round pick in 2017.
It ended a seven-year stint for Phaneuf in Toronto and while there wasn’t really much talent coming back in the deal, moving his deal out was the true win.
Here’s some of what Jon Steitzer said about the deal on that day:

First off, the Leafs have managed to dump an incredibly long, and expensive cap hit in exchange for three bad contracts in Greening, Cowen, and Michalek that expire after next season. The Leafs have also managed to gain an extra SPC out of the deal by unloading long shot prospects Bailey, Rupert, and Donaghey, along with Matt Frattin. No salary was retained by the Leafs.
The true gains out this are Tobias Lindberg, and the 2017 2nd Round Pick.
At this point, Phaneuf is far and away the real only NHL talent in this deal, other than Michalek who once again has been shelved due to his injuries, so there is a bit of a loss by giving up a legitimate top four defenseman.

Zach Laing is the Nation Network’s news director and senior columnist. He can be followed on Twitter at @zjlaing, or reached by email at zach@oilersnation.com.