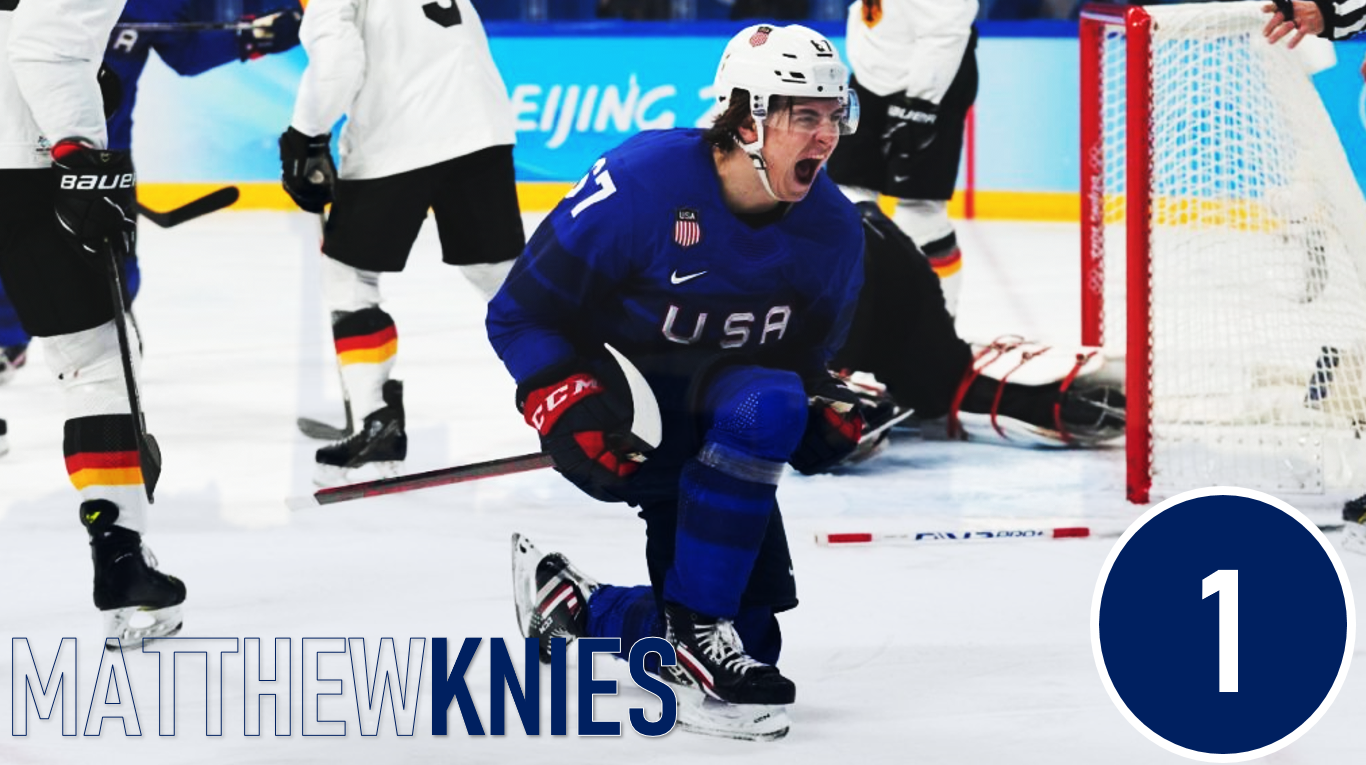 By Kyle Cushman
3 months ago
The rise of Matt Knies has truly been a sight to behold over the past year.
Entering the 2021-22 season, expectations were fairly muted for the Toronto Maple Leafs’ top pick from the 2021 draft. He wasn’t a significant faller in the draft, having been projected to go in the range in which the Leafs selected him, and slotted a modest seventh on last summer’s TLN Prospect Rankings.
Knies was a notable break from previous Toronto selections, listed at 6-foot-3 and over 200 pounds, but there wasn’t major hype surrounding him heading into the season. That changed pretty quickly.
Matt Knies’ emergence as a borderline dominant presence in the NCAA as a freshman vaults him to the top spot on the TLN Prospect Rankings.

LW | Minnesota (Big Ten) | Age: 19 | 6-foot-3 | 210 lbs | Shoots: L
Acquired: 2021 Draft, 57th Overall | 2021 Ranking: #7
Before we get into the breakdown of Matt Knies’ game and why he is TLN’s top prospect, it’s important to understand the context of his draft-eligible season and why he was available in the back half of the second round.
For a full deep dive into this topic, I covered it last summer as an intriguing storyline heading into the year. Essentially, Knies was significantly impacted in the first half of the 2020-21 season by COVID. He dealt with the virus himself and his team, Tri-City, also had an uncertain schedule that was in constant flux to do postponements.
In their post-draft media availabilities, the Maple Leafs seemed surprised Knies was still available at their slot in the second round. Both Kyle Dubas and John Lilley (then Director of Amateur Scouting) noted Knies’ underage season and second-half performance as reasons for being so high on him. Looking into the numbers, there was certainly truth to the sentiment.

Coming into the 2021/22 season, we were going to find our answer. Was Matt Knies the calibre of prospect he showed in the second half and set to make the Leafs look like geniuses, or was he much closer to the player in the first half that struggled to make an impact at the USHL level?
It didn’t take long to prove the former true.
On a top team in the Big Ten, Knies locked down a spot on the top line early and never gave it up. The duo he formed with @Ben Meyers was one of the best in the NCAA, constantly giving opponents trouble.
Finishing the campaign with 15 goals and 33 points in as many games, only three players from the 2021 draft scored at a higher rate in their freshman seasons: 2nd overall pick @Matthew Beniers, 5th overall pick @Kent Johnson, and 13th overall pick Matt Coronato.