TLN Three Stars: The Isles were too busy still not needing Tavares to win the game 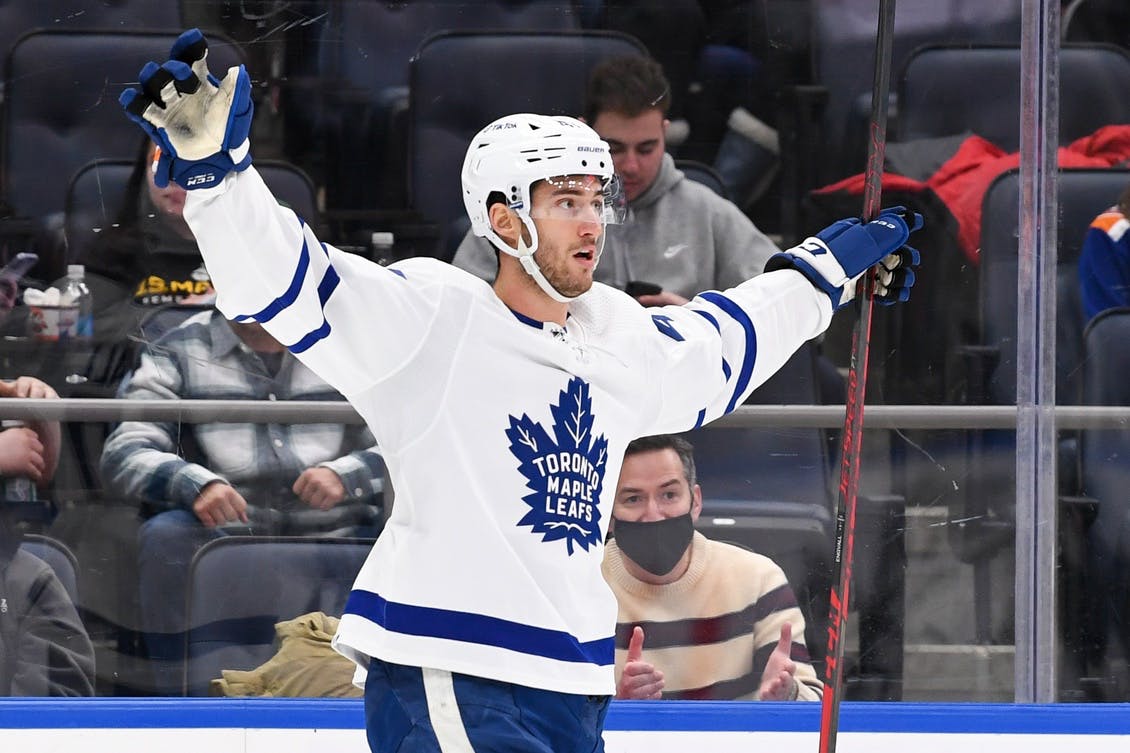 By Scott Maxwell
1 year ago
For the fifth time on this six game road trip, the Leafs took a 3-1 lead.
For the first time on this six game road trip, the Leafs did not blow that 3-1 lead.
Sure, they had the games in Vegas and St. Louis where they scrapped out a win in spite of blowing a lead, but this time, they took the lead, and they didn’t even have to worry about adding to it, as they one 3-1.
Now, this is against an Islanders team that struggles offensively, so it’s not exactly a tall order. But, it can admittedly get very distracting for the Leafs in that building, as you have to deal with so many fans crying about Tavares screwing over the team four years ago, despite the fact that they’ve gone further in the playoffs every year since so far. That, ladies and gentlemen, is the definition of living in someone’s head rent-free.

3rd Star: Morgan Rielly
Rielly had a solid night on the blue line, controlling play with a 58.63% CF% and a 67.15% xGF%. He also assisted on Mitch Marner’s shorthanded goal and had a great shot for a goal of his own.
2nd Star: Pierre Engvall
Engvall continued to prove to the Leafs that he shouldn’t be the one leaving that third line, as he finished the night with a team leading 77.72% CF% and an 84.37% xGF%. Oh, and he also scored a pretty nice buzzer beater goal in the first that ended up as the game winner.
1st Star: Petr Mrazek
Mrazek hasn’t exactly had the best start in his Leafs career, although it’s not exactly his fault. His first two months were plagued with injuries, and then right when he got back, the Leafs took their COVID break, and then after that, Jack Campbell got hot and he rarely got starts. He may finally be turning it around in what was easily his best start of the season, stopping 27 of 28 for the win. There weren’t a lot of high danger chances, as the Islanders ended up with just 2.08 expected goals in the whole game, but still a good night for him, and hopefully the start of a better second half for Mrazek.
40th Star: Isles fans
Seriously, it’s been four years, you guys need to get over it.

So, I did say that the Islanders would struggle offensively and that would be an advantage for the Leafs, and that proved to be the case, with the Isles relying heavily on their defense to take shots.  But, I was definitely off with some of the matchups. The one that stands out the most to me is that the Leafs ended up matching the Matthews line against the Nelson line, their weakest of the top nine, and ended up with a 42.77% CF% and 39.25% xGF%, while the Tavares line matched up against the Barzal line and had a 51.83% and 73.33% xGF%. Can’t really explain how that ended up, but hey, I can’t always be right.

This is an insult to Taylor, she’s much better at moving on.

After a 3-2-1 road trip, the Leafs finally get to go home for a single game, as they take on the Anaheim Ducks. It’s another few days off for them as well, as they don’t face off until Wednesday, so you’ll have to do what you did last week to kill time. You can catch the game on SN1 at 7 p.m. EST.
All advanced statistics courtesy of Natural Stat Trick.
Uncategorized
Recent articles from Scott Maxwell