TLN Three Stars: The losing streak is over! 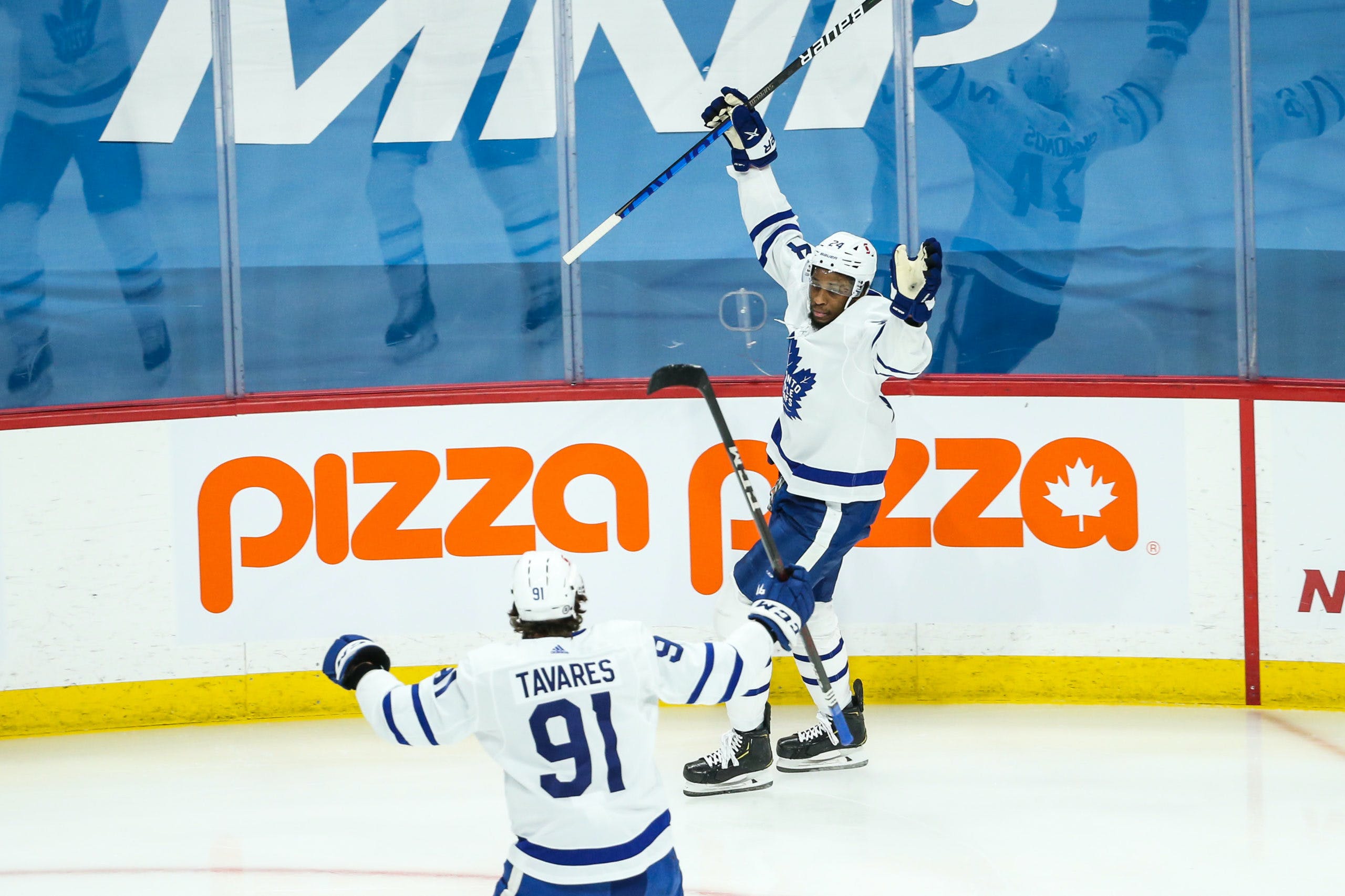 By Brendan Mori
1 year ago
The Toronto Maple Leafs defeated the Winnipeg Jets 5-3 on Thursday night. The win snaps a five-game losing streak for the Leafs and increased the lead for first place in the North to six points over the Jets. Matthews, Simmonds, Spezza, Thornton and Marner (x2) scored for the Leafs, while Scheifele, Copp and Connor responded for the Jets.
In the first period, @Auston Matthews got the ball rolling for Toronto just 27 seconds in. Matthews scored his league-leading 34th goal of the season past @Connor Hellebuyck. Shortly after, @Wayne Simmonds scored his seventh goal of the season to give the Leafs a 2-0 lead.
The lead would be short lived, as @Mark Scheifele and @Andrew Copp responded for the Jets to tie the game up at 2-2. On a delayed penalty, @Jason Spezza redirects the @Joe Thornton point shot to give the Leafs the lead once again and ending Hellebuyck’s night.
In the second period, @Mitch Marner ripped home his 15th of the season to give the Leafs a 4-2 lead, but @Kyle Connor would make it 4-3 late in the second period.
For the first time in a while, the Leafs held on in a third period. @Jack Campbell held down the fort and the Leafs were able to weather the storm defensively. Marner added an empty netter at the end of the game to seal the deal and give @Nick Foligno his first point with the Leafs.

Matthews got the ball rolling for the Leafs in this game and was a force offensively all night. The new-look first line seemed to develop more chemistry as the game went on and saw Matthews with a ton of dangerous scoring chances throughout the game. Matthews’ chase for 40 goals continues, he now has nine games to score six more goals.

Like Matthews, Marner was buzzing all night long. He first goal was a classic knuckle-puck, but shows the continued evolution of Marner as an offensive player. It’s apparent that the work Marner put in in the offseason to be a dual threat offensively is paying dividends. While I wouldn’t say he’s got an elite NHL shot, it’s now good enough to make goalies guess on what he’s gunna do with the puck.
Marner now leads the Leafs in scoring with 58 points (one more point than Matthews), which places him tied for third in league scoring with @Patrick Kane.

With @Zach Hyman and @Ilya Mikheyev out due to injury, there was a big gaping hole on LW to be filled. I thought Foligno stepped in and filled that void admirably. He didn’t look out of place on the top line with Matthews and Marner. He was physical, got in on the forecheck and wrecked havoc. Bonus points for living rent-free in Dubois’ head too.
If Foligno can keep this up, the Leafs will be set on LW for the rest of this season, as he will give Sheldon Keefe another worker bee to put alongside his superstar players.

The Leafs get a day off tomorrow and then are back at it on Saturday against the Jets once again. Puck drop is at 7:00pm EST on Sportsnet.
Uncategorized
Recent articles from Brendan Mori