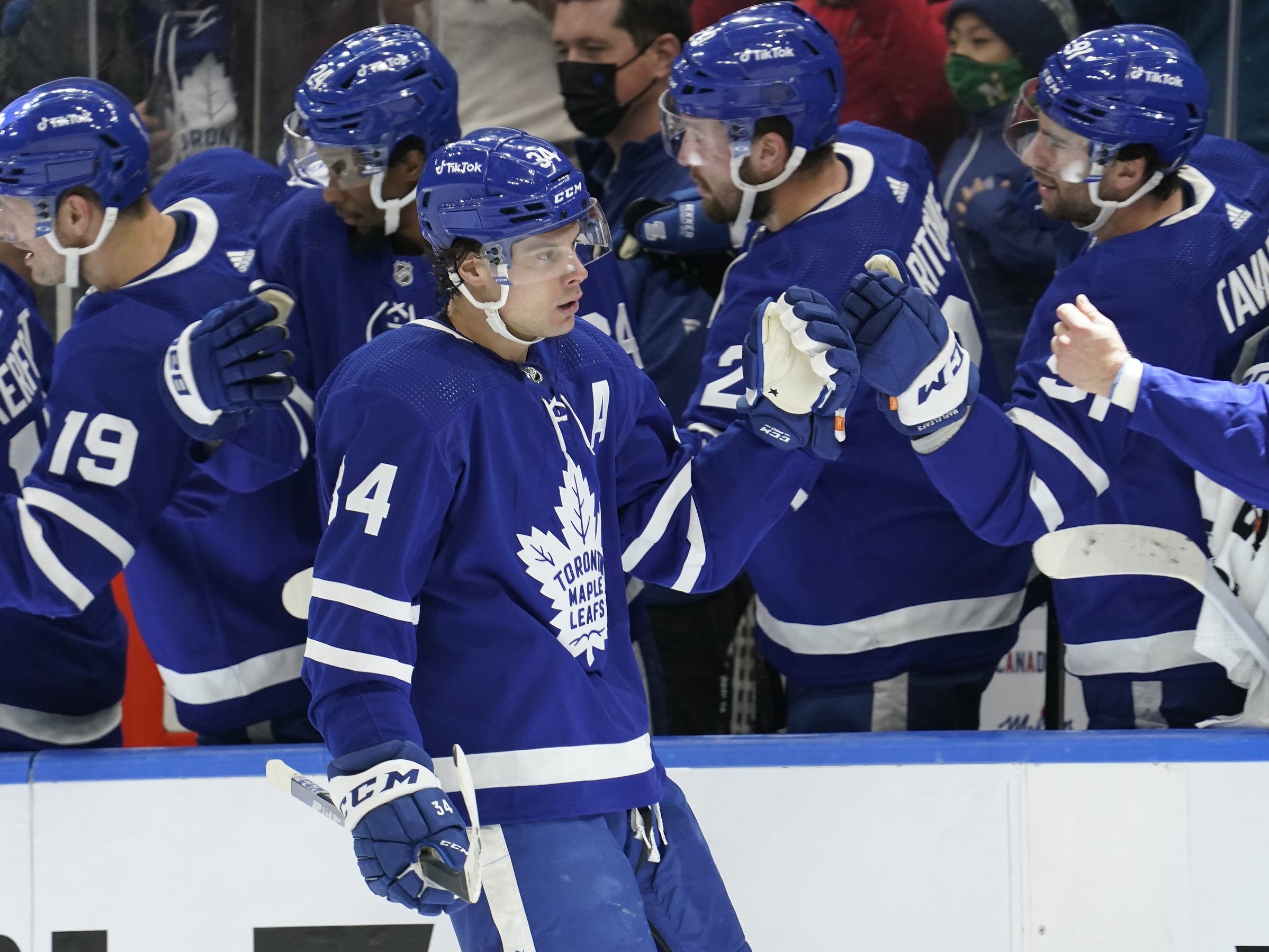 By Scott Maxwell
1 year ago
This had all the makings of a bad game for the Leafs.
It’s their first game back in Toronto after a four game road trip that they swept. They’re up against a dominant Avalanche team. Nathan MacKinnon is playing his first game back from injury. Nazem Kadri is on a tear and coming back to play in his old barn. They had their third stringer in net after an injury to Darcy Kuemper forced their hand, with the potential for an EBUG. It just seemed like the kind of game the Leafs would lose.
Not only did they not lose the game, they blew the Avalanche out of the water. It started out with one of their best periods of the season in the first as they exploded for a 3-0 lead, and while the Avs tried to get themselves back into the game with a couple goals to make it 3-2, the Leafs quickly got back up to a three goal lead, and then kept adding to it, resulting in an 8-3 win. While the goaltending for the Avs wasn’t the strongest, resulting in the lopsided score, the underlying numbers were well in the Leafs favour even in spite of the score effects.

While it was his linemate that got the attention, Marner also had a really strong game, setting up the first two goals for Matthews, especially the first one when Matthews was all alone in front. After a slow start, Mitch has really found his groove and continued to do Mitch Marner things.

Tavares was coming off of a strong road trip, and he continued it tonight with his fourth straight multi-point game, with the goal to put it back out of reach, and two assists, including setting up Nylander’s opening goal. With three goals and six assists in that stretch, he’s put himself above a point per game with 25 points in 23 games. The underlying numbers aren’t quite there still, but he’s looking more and more like the Tavares of old.

Matthews shaved his infamous moustache for charity, and not only does he look like what he did when he first arrived in the NHL, he played like it too. He put up his fourth career hat trick in a game reminiscent of that four goal performance in his debut, and was also a force to be reckoned with from a possession standpoint as well with a 62.94% CF% and 77.56% xGF% at even strength tonight.

Not to put more salt in the wound for the poor guy, because he was kind of thrown to the wolves with how late he found out he was starting, but it was a rough performance for him, although he didn’t get a ton of help up front either.

This is officially headcanon for me.

The Leafs get to relax for a little bit longer as they get two days off again before heading out West again. Well, not *West* West, but more West than they are right now, as they go to Minnesota for a Saturday Night matchup. Yeah, that still doesn’t sound right, Minnesota is not the kind of team the Leafs should be playing on Saturday. Regardless, it’s happening, and you can catch the game at 7p.m. EST on CBC.
Uncategorized
Recent articles from Scott Maxwell