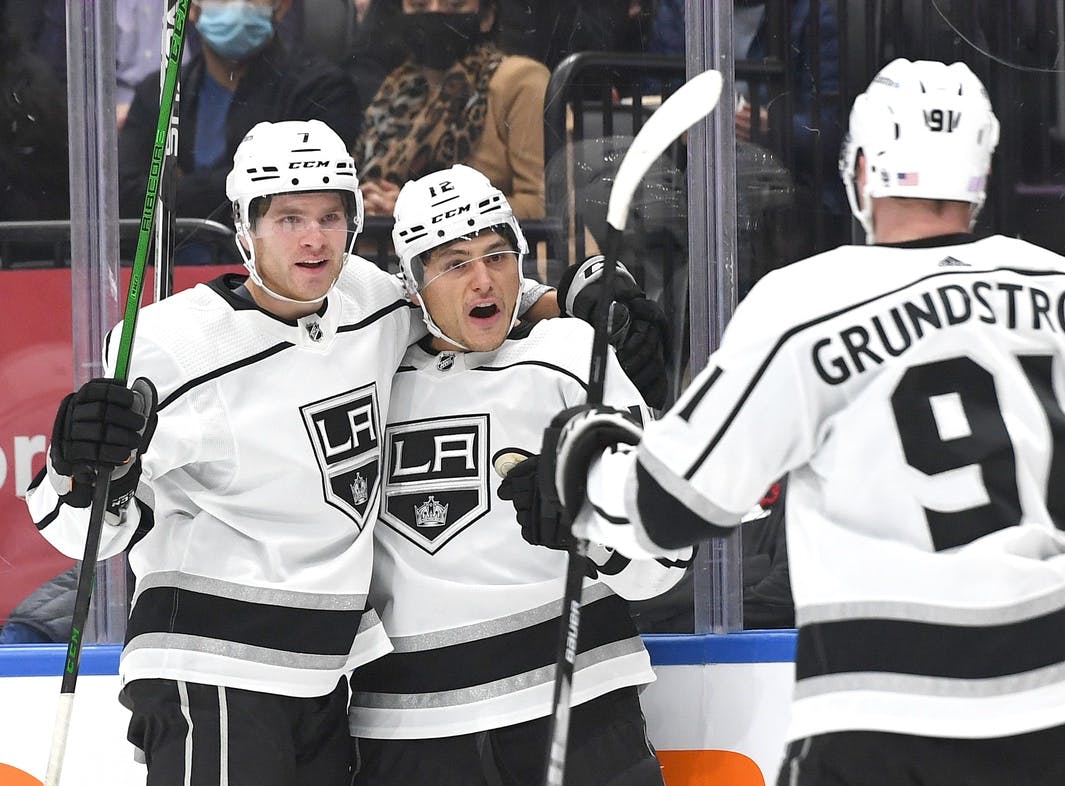 By Scott Maxwell
1 year ago
Something something progress isn’t linear.
Obviously the Leafs weren’t going to win every single game for the rest of the season, but a game against the Kings both seemed very winnable, but it also seemed like a trap game. It ended up being the latter as the Leafs played relatively well, but ran into the problem of poor officiating, getting goalied by *shudders* Jonathan Quick, and the Kings capitalizing on their mistakes.
It’s a random game on a Monday night in November, it sucks to see the winning streak end, but it probably won’t matter come playoff time.

The former first round pick had another solid night on the backend, something the Kings needed with a depleted blueline. He didn’t quite stand out, but he definitely didn’t hurt the team either, and that’s all you can ask from a defenseman.

Grundstrom helped ignite the scoring for the Kings tonight with an underrated job of hanging onto the puck from Michael Bunting before handing it off to Trevor Moore for the opening goal.

Speaking of Moore, his goal was pretty impressive, going from the Kings zone to the Leafs net, blowing by Timothy Liljegren, and finding the right spot to bury the goal. Not many players can handle the pressure of playing against the Leafs as a former Leaf, so to see him score was quite the rarity, and that in itself is impressive.
Wait, was I supposed to do Leafs three stars, or former Leafs.

Honourable mention to the refs (again), but Dermott may have played himself into the press box, which is impressive when you remember that Justin Holl is the one sitting there waiting for him.

Thankfully for the Leafs, it’s a busy week so they won’t have time to get worked up over this loss. They play their second of four this week on Wednesday, as they’ll travel to Philadelphia to take Gritty…errrr, I mean, the Flyers. You can catch the game on Sportsnet at 7:30 p.m. EST.
Uncategorized
Recent articles from Scott Maxwell