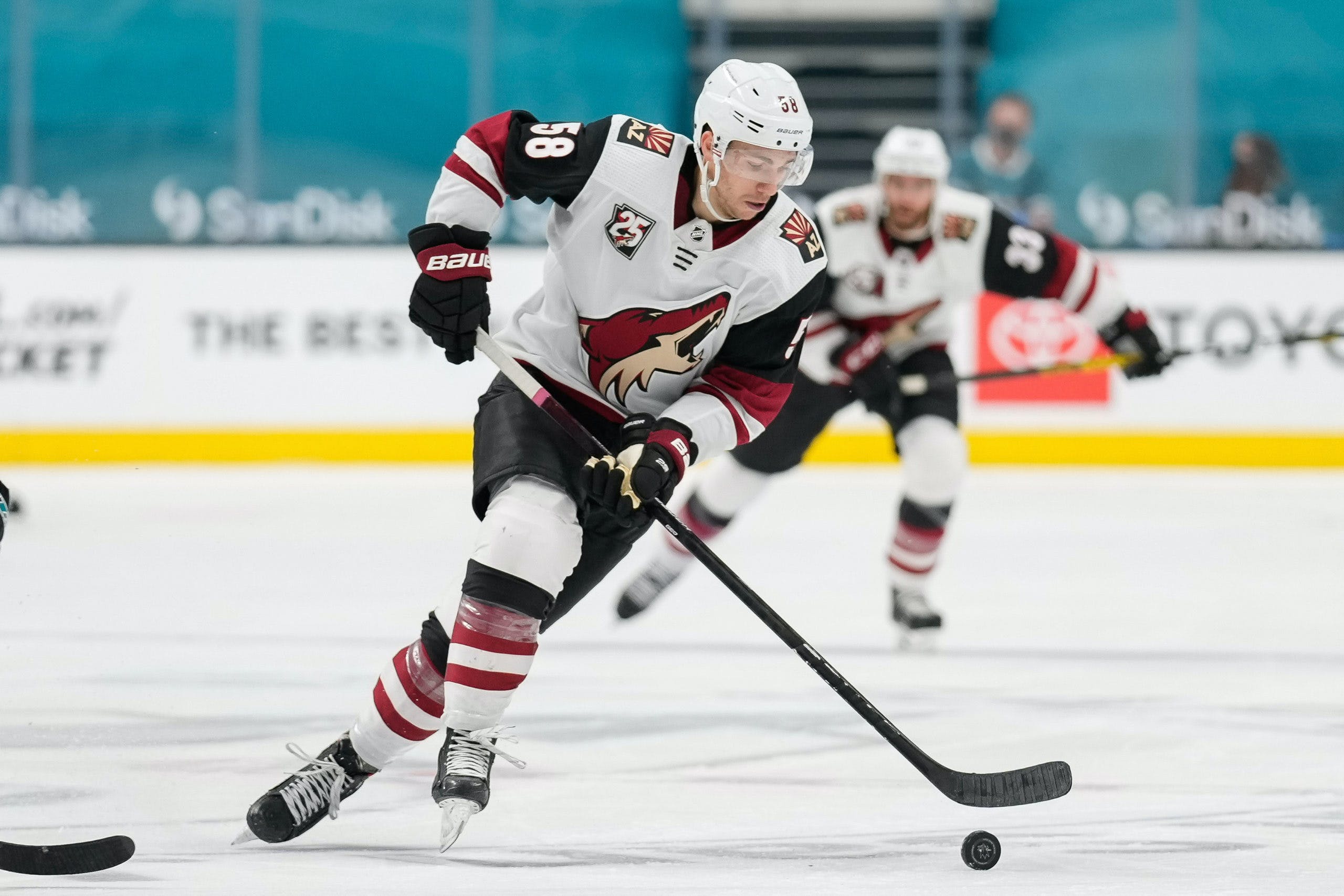 By Nick Barden
1 year ago
The @Michael Bunting show has arrived in Toronto, but where he will play is yet to be seen. On his 26th birthday, though, we’re taking a look at what he might do with the Leafs this season.
The Scarborough, Ontario native started last season in the AHL with the Tucson Roadrunners, scoring 19 points in 16 games. That total earned him a call up to the Arizona Coyotes, where he scored ten goals in 21 games played. After seeing that production, the Leafs and Kyle Dubas decided to take a chance on him.

There are a lot of elements that stand out regarding Bunting. The first is that he loves to score. Most of the goals that he put into the net last season were either tips, rebounds or clean shots. Whether it’s a jam-in goal or a deflection, Bunting is always happy to score.
In that sense, he’s sort of similar to @Zach Hyman. I vividly remember when Hyman would put a puck into the net, he was always celebrating. Maybe it was because of how hard the two work to score goals, but the relation is uncanny.

Bunting’s first goal of the 2021 season came when he beat @Cale Makar to the puck before sneaking it past @Philipp Grubauer on a breakaway. His quick acceleration allows him to get around defenders to produce scoring chances. Bunting’s speed assisted in his ability to score goals last year.
What’s most interesting to me is how he arrived in the NHL. Bunting had his first hat-trick in the ninth game of his National Hockey League career. He had seven goals in his first ten games before finishing off the year with three in the next 11.
Unfortunately, a downside to his game is a high shooting percentage.
Scoring at 26% is not possible over a long period of time in the NHL. @Auston Matthews, who’s arguably the best goal-scorer has a career shooting percentage of 16.2%. The player that Bunting shares a similar play-style with, in Hyman, only has a shot percentage of 12.2%. What we’ll likely see for the 26-year-old is a big drop in that category before anything else.

You can expect Bunting to likely find a role within the top half of the lineup. As a player with a major net-front presence, it makes sense to play him with Matthews and @Mitch Marner. Hyman was one of the best perimeter goal scorers in the NHL last season, and that was with the Leafs’ top-two point-getters.
I believe he’d work well beside @John Tavares and @William Nylander as well. Both lines need a left winger who’s not afraid to go into the dirty areas of the ice. The two of Bunting and Ritchie will have no problem doing that. If there’s a point where he’s put lower in the lineup, I still believe he’d provide some secondary scoring.
The worst-case scenario could be that the 26-year-old is a complete miss. It likely won’t be the case, but with such a high shooting percentage and less than 30 games of NHL experience, the possibility still exists.

I said Bunting’s speed and deception was a positive factor, and it is. With the way he can get around defenders, it might make sense for him to spend a lot of time carrying the puck. Toronto also doesn’t have many players who can score in front. The biggest competition he has there is @Ilya Mikheyev and @Pierre Engvall, which isn’t much. I also wouldn’t say either are good in front.
That’s where Bunting is going to be most effective this season. If he can spend time on Matthews or Tavares’ wing, his net-front presence will be a highlight. He could essentially be the player that replaces Hyman, as long as it’s a seamless transition. There might be a few bumps along the way, and that’s okay. The most important thing, though, is finding players with who he can work well.
If Bunting’s able to find chemistry, it’ll be exciting to see what he can do.

Michael Bunting’s goal song would be…

No Problem by Chance the Rapper ft. Lil Wayne and 2 Chainz. It’s literally the perfect song for the 26-year-old.
This is likely the season where Bunting will come in and try to impress right away. Because of his great season in Arizona, it’s possible that he could play better in Toronto.
I picked this song because players won’t want to have a problem with him if he goes on a tangent. His shooting percentage, though, will likely go down, yet that doesn’t indicate he won’t score at a similar rate. Some players who play with special linemates become much better.
I think that if Bunting can make it within the top-six, he’ll become more dependable game after game.
Even if he doesn’t start the season in the upper half of the lineup, it will still be interesting to see what he can do with less ice time. But for now, we’ll have to wait until Leafs training camp to see what the 26-year-old can do.
Uncategorized
Recent articles from Nick Barden