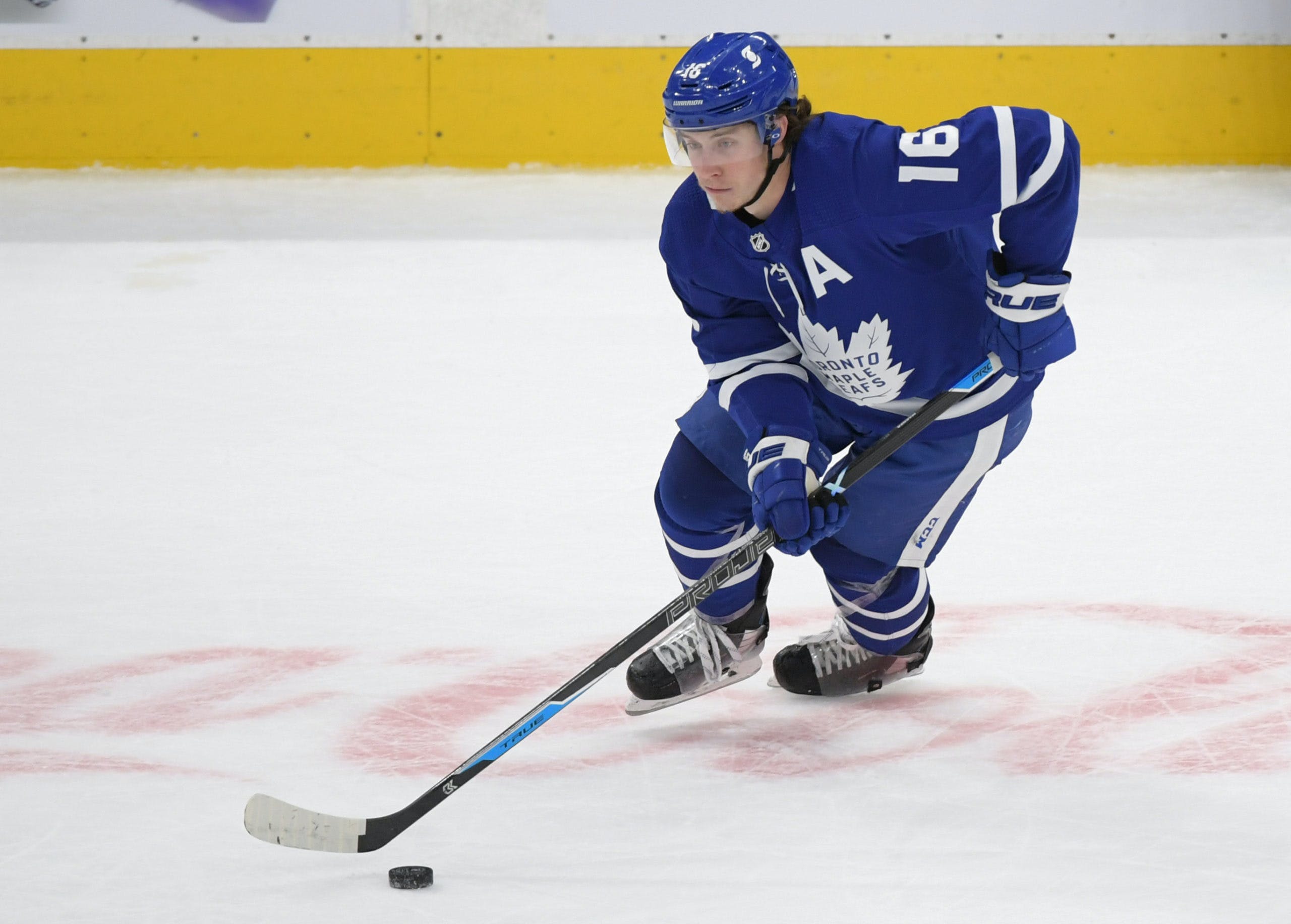 By Nick Richard
1 year ago
No player has had to bear the weight of the Leafs’ latest playoff collapse more than @Mitch Marner. That comes with the territory when you’re one of the team’s best players, you make the kind of money that Marner makes, and you fail to perform when it matters most – and make no mistake, he failed to perform when it mattered most. Despite all of that, despite the countless fingers that have been pointed Marner’s way since another season of Leafs hockey came to an unceremonious end, he didn’t lose that series against Montreal by himself. Far from it.
You wouldn’t know it by the narratives that have followed him around all offseason but Mitch Marner is one of the best players in the league – never mind on his own team – and he comes in at #2 on TLN’s countdown of the top Leafs. This Leafs’ core has to find some degree of postseason success this season or major changes could be coming to the entire organization. If they are indeed able to slay their playoff demons, Marner will likely be one of the biggest reasons why.

One of the most talented playmakers in the game, Marner had the fourth-highest assist total in the league in 2020-21 with 47 in 55 games. 34 of those helpers were primary assists – good for second-most in the NHL behind @Connor McDavid. Yes, Marner plays with the best goal scorer in the game today, but he isn’t simply a beneficiary of Auston Matthews’ scoring prowess. He is a creative handler who breaks down defensive coverages with high-end puck control and he routinely completes passes that few other players would even attempt. The way he is able to manipulate defenders and identify passing lanes before they even open up often leads to Marner finding teammates in prime scoring positions, and that is reflected in his primary assist numbers.
You may have heard that the Leafs’ powerplay struggled last season. Much has been made of Marner’s place on the man advantage after he scored exactly 0 powerplay goals while manning the right flank on Toronto’s top unit all season, and with Spencer Carbery now in charge of the Leafs’ powerplay, Marner has been moved to the bumper position to begin the 2021-22 campaign. Never much of an outside shooting threat, Marner should be better served playing closer to the net and his one-touch passing ability makes him a perfect fit to play in the middle of the ice where he is surrounded by shooting threats like Matthews, Nylander, and Tavares. Marner scored 17 goals at 5v5 last season, most of them from the high slot or around the net, and he should be able to capitalize more often from that area on the powerplay as well.

Marner’s offensive exploits receive most of the attention but part of what makes him such a dynamic player is his ability to quickly generate scoring opportunities off of changes of possession. His slick hands make him a threat even without the puck and his 53 takeaways were good enough for fifth-most in the NHL last season, just five fewer than league leader @Mark Stone who is widely regarded as the best defensive winger in hockey. Marner is cerebral in hunting pucks, often baiting opposing players into poor decisions and he has the anticipation to jump into lanes and intercept passes at the perfect time to create scoring chances the other way.
Marner finished fourth in league scoring in 2020-21 but he was also a key contributor on the penalty kill. His 107:06 of shorthanded ice time was the 34th highest total among NHL forwards and Ryan O’Rielly was the only player to finish top-20 in league scoring while playing more shorthanded minutes than Marner.
Just like he does at even strength, Marner keeps the opposition on their toes when he’s out there killing penalties. Even when down a man, he has the ability to capitalize on mistakes and generate offense, and his shorthanded xGF% of 26.08% was the third-highest among all players who saw at least 75 minutes of shorthanded ice time.
With his defensive contributions and special teams versatility, Marner impacts the game in more ways than almost all of the other offensive superstars in the league.

The Leafs ran roughshod over the North Division in 2020-21 and Mitch Marner was a big reason why. He was stellar for the Leafs during the regular season, leading the team with 67 points in 55 games, and he played more minutes per game than any forward in the NHL. He and Auston Matthews formed one of the most formidable one-two punches that the league has seen in years, with Marner helping to propel Matthews to his first career Rocket Richard Trophy.
Like the rest of the team, Marner struggled to put the puck in the net on the powerplay. He did, however, still lead the team in powerplay scoring with 14 assists and he was the most frequently used forward on Toronto’s penalty killing unit.
Marner had one of the best regular seasons of any Leaf in recent memory but it was all erased by an underwhelming – to put it mildly – playoff performance. He finished with four assists in the seven-game series against Montreal but failed to register a single goal for the second-straight postseason appearance. The best players on the team often garner the most credit when things are going well and, in turn, take most of the heat when things fall apart. Despite an outstanding regular season, Marner’s ineffectiveness in the playoffs is the memory lingering in the minds of Leafs fans at the outset of the 2021-22 season.

Marner should be one of the best players in the league once again this season but that will do little to quell the concerns surrounding his ability to perform in the playoffs. Those questions can’t be answered until the postseason and they will follow Marner – along with the rest of the team – all season long, but they can’t allow that to be a distraction as they work towards their ultimate goal.
Blocking out the noise in Toronto is a difficult thing to do, but it will be imperative to Marner shaking off the disappointment of how last season ended. Continuing to carry the weight that he has lugged around all offseason will only lead to added pressure on himself, and will make it more difficult to stay focused on the task at hand.
Marner has had a lot of great moments in a Leafs sweater through the early part of his career but still, he has been defined by his worst moments and the failures of the team to this point. Kyle Dubas is betting everything that the talent will shine through and that those failures will be abolished by more moments of greatness, and a wider view of what Marner has proven to be capable of makes it difficult to argue against.
The upcoming season will be the most crucial one in Marner’s young career so far. Many in Leafs Land are already looking beyond the regular season to a time where the Leafs will hopefully have a shot to flip the narrative surrounding the team, but Marner and the rest of his teammates can’t afford to do that. Setting themselves up for playoff success began when training camp opened and every day is an important step in that journey. How Marner handles the ups and downs of an 82 game schedule while the demons of past playoff disappointments still linger could ultimately determine whether or not he is able to exorcise them.

For a hometown guy who is such a talented player, Marner has drawn plenty of ire from the Leafs fanbase. He came into the organization with an incredible amount of hype and admiration but a very public contract negotiation and repeated playoff failures have led to a bit of “Tainted Love” for Marner among the Leafs faithful.
(Statistics from EliteProspects.com & NaturalStatTrick.com)
Uncategorized
Recent articles from Nick Richard