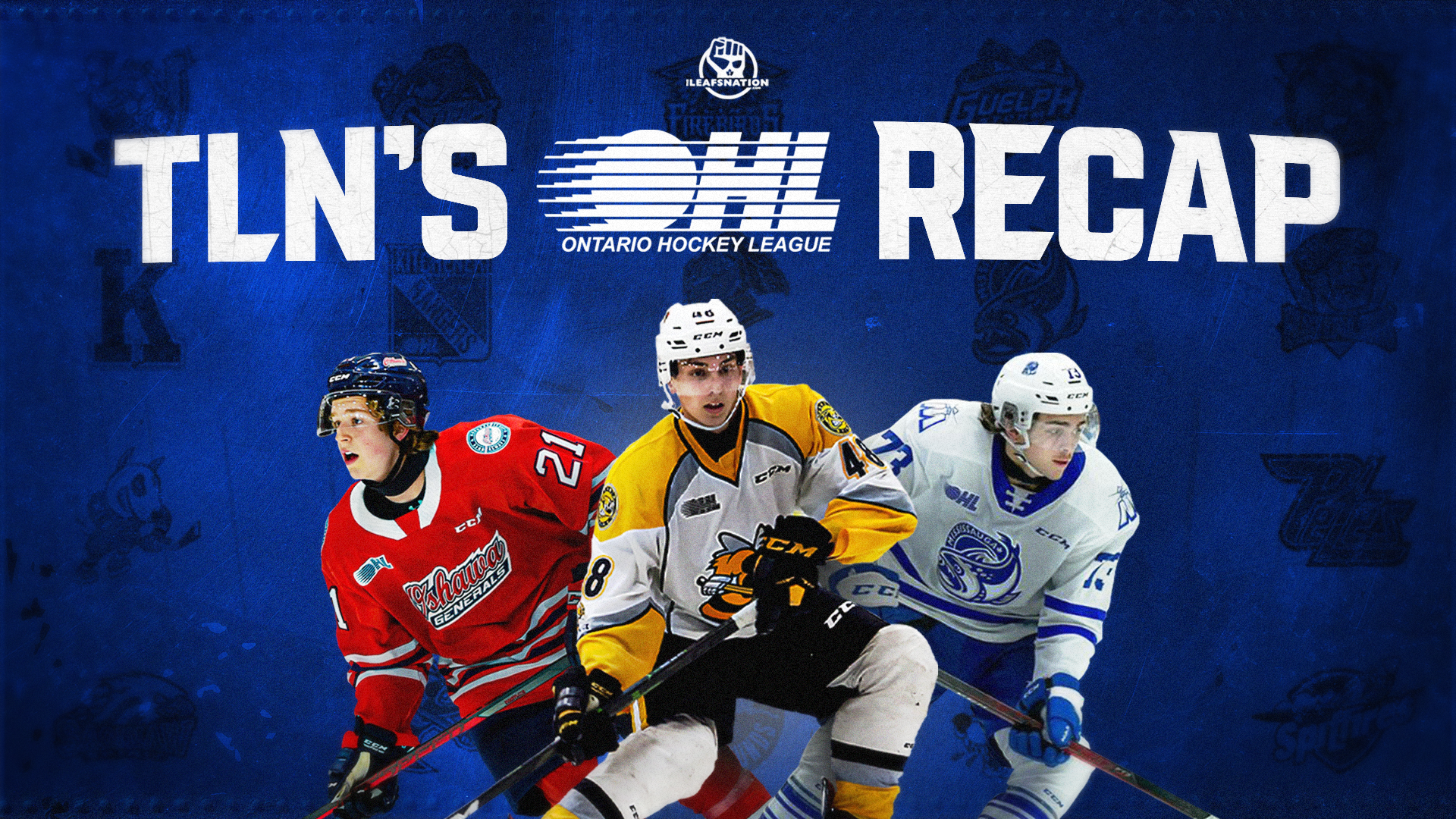 By Justin Walters
2 months ago
Another weekend brought us some fantastic moments, both on and off the ice, that need to be discussed. We start with the first significant blockbuster trade of the 2022-23 OHL season.

Othmann to the Petes

Over the weekend, the Flint Firebirds traded Brennan Othmann to the Peterborough Petes in exchange for Artem Guryev and three draft picks. It’s a big haul for the Firebirds, but the Petes acquire one of the league’s premiere goal scorers.
The Firebirds are obviously deciding that this isn’t their year and get a lot of valuable assets for their future. The Petes, meanwhile, feel like they are in contention to win this season. I’m not sure if they are at the level of the 67’s yet, but this certainly closes that gap. Flint must have felt they are too far off from the Spitfires to make it make sense to be aggressive buyers. If you aren’t going all-in in the OHL, you sometimes have to sell to prepare moving forward.

The Steelheads found success last year playing a very defensive style of hockey, getting great goaltending and capitalizing on their chances offensively. This year is a little different, and it’s been working. Owen Beck, Luca DelBelBelluz and James Hardie are as dangerous as an offensive trio as you will find in the OHL. Ethan Del Mastro, Chas Sharpe, and Charlie Callaghan all on the same defensive group is a bit unfair, and despite a .883 save percentage, Alessio Beguiler is getting the job done in the net with ten wins already on the season. This is a dangerous team and one that will likely be aggressive at the trade deadline to prepare for a possible duel with the 67’s in the playoffs.

On Monday morning, the Nashville Predators announced they have signed Sarnia Sting forward Nolan Burke to an entry-level contract. Burke is having a tremendous season for the Sarnia Sting and currently leads the OHL in goals with 15. He’s an underrated forward who’s continued to push and develop his game. Now, he’s part of the most dangerous duo in the league alongside Ty Voit and has signed with an NHL organization. It’s a great reminder to any player who gets passed on in the NHL draft that the journey isn’t over.

The Niagara IceDogs announced Monday that they are parting ways with head coach Daniel Fitzgerald. The team is 4-10-3-0 on the season and has been scored on 89 times, which is 2nd worst in the OHL.
More people should be talking about how good the Owen Sound Attack are this season. They are 12-6, and their three leading goal scorers, Deni Goure, Cedrick Guindon, and Colby Barlow, have combined for 71 points this season.
Ottawa 67’s forward Brady Stonehouse pulled off the Michigan-style goal against the Niagara IceDogs this weekend. Some might say this is starting to happen so frequently now that it’s not breaking news anymore, but it deserves recognition; it’s such a difficult move to pull off in-game.
The Hamilton Bulldogs sent a letter to fans over the weekend explaining their arena situation. Renovations will be happening at FirstOntario Centre over the next two seasons, and they won’t be able to play there. The organization seems to firmly believe they will find another arena to play in soon, but it’s a story that could become much more serious if there isn’t a solution soon.

Ty Voit had just two assists since the last weekly update was published, yet still sits first in points with 32, four more than Pavel Mintyukov of the Saginaw Spirit. Voit winning the OHL scoring title while his teammate Nolan Burke chases the goal-scoring title are both massive possibilities.
Braeden Kressler had two points against the Greyhounds on Friday to bring his point total up to 14 in 10 games. What’s interesting here, though, is that the Firebirds are now focused on the future, evident by their trade with the Petes. With Othmann now out of town, do they consider moving more of their top players, including Kressler, ahead of the OHL trade deadline? He may be sent to a team looking for some extra firepower up front, and maybe it’s even to a team closer to the GTA.
Editorials
Recent articles from Justin Walters