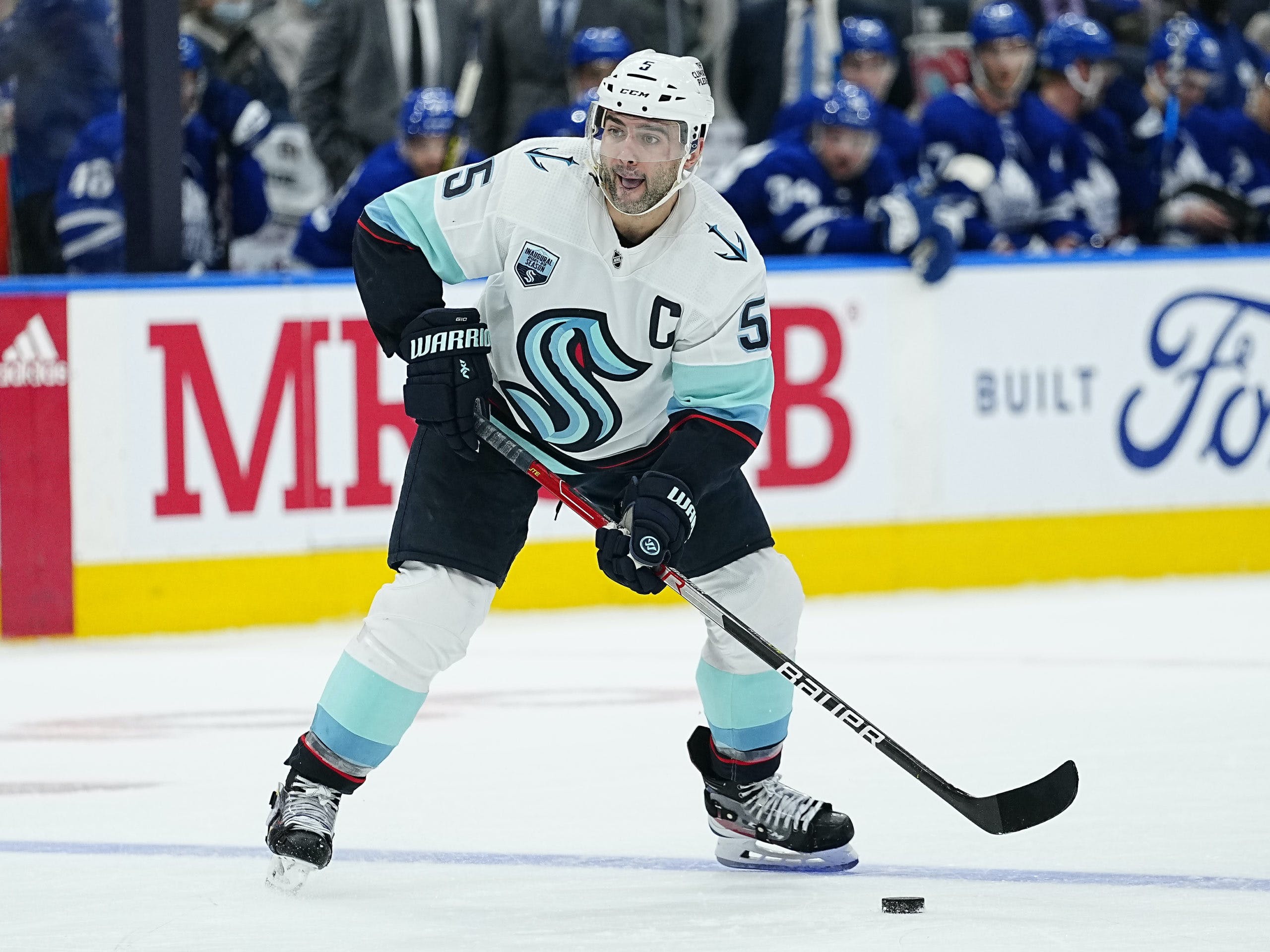 By Filipe Dimas
10 months ago
The Toronto Maple Leafs have acquired veteran defenseman @Mark Giordano from the Seattle Kraken and forward @Colin Blackwell in exchange for three draft picks including two second rounders and a third.
The 38-year-old Giordano is just three years removed from winning the James Norris Memorial Trophy for the NHL’s best defenseman. While he may not be putting up the same offensive numbers he once did, the blueliner has still scored 23 points in 55 games so far this season while providing a strong defensive presence on the back end for a struggling Seattle Kraken, where he’s also served as the expansion franchise’s first ever captain. Seattle will also retain 50% of Giordano’s cap hit and salary in the deal.
Blackwell is a skilled two-way forward who can play all three positions and has put up 22 points in 47 games so far this season while spending time on the penalty kill. By joining the Maple Leafs, he reunites with former Harvard University teammate Alex Kerfoot.
In return, the Kraken receive second round picks in 2022 and 2023 alongside a 2024 third rounder as reported by Pierre LeBrun. With Toronto not losing a first round pick or any prospects in the deal, the Maple Leafs hold on to plenty of valuable assets heading into deadline day.
Maple Leafs General Manager Kyle Dubas has made a big splash to keep up with division rivals in Florida, Tampa Bay, and Boston who have each acquired key pieces themselves over the past week in Giroux, Hagel, and Lindholm. By acquiring Giordano, Toronto adds both leadership and edge to shore up its blueline while also reuniting TJ Brodie with his former defensive partner in Calgary.
With the NHL’s trade deadline set for 3pm ET Monday afternoon, all eyes will be on Toronto’s front office to see if any other big moves or additional tinkering will be taking place as the Maple Leafs look to gear up for what is sure to be a challenging first round matchup in a lethal Atlantic Division.
More from TheLeafsNation.com
News
Recent articles from Filipe Dimas