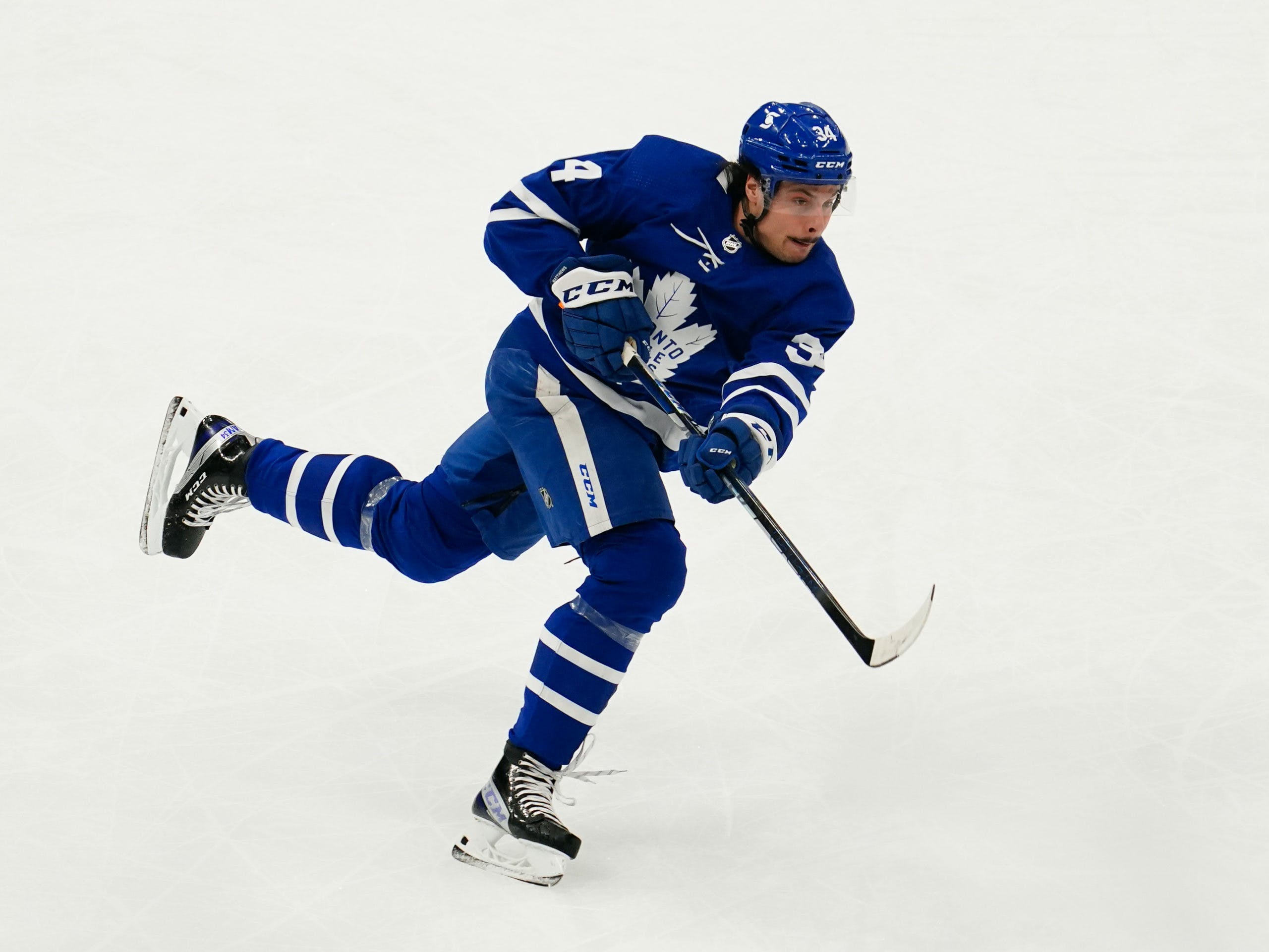 By Joseph Zita
1 year ago
About a month ago, Toronto Maple Leafs forward Auston Matthews underwent successful wrist surgery after dealing with a nagging injury throughout the season. It’s honestly crazy that Matthews was playing with basically one wrist at points of last season and still ended up leading the NHL in goals with 41 and ultimately winning his first Rocket Richard. In all seriousness, we’re all glad he got the surgery to help his wrist because clearly, it was bothering him at points last season when he sat out multiple games at once and it also affected his playoff performance as well.
It’s being reported by Luke Fox of Sportsnet that the Maple Leafs forward sat down for a recording with Elliotte Friedman and Jeff Marek for their newest 31 Thoughts podcast episode that is releasing in the near future and he explained that he is well on track to return by opening night to face the Montreal Canadiens.
Now, when Auston Matthews was announced that he underwent successful wrist surgery, a lot of people were questioning the decision as to why he and the team waited so long for him to get it when they could’ve just done it as soon as they were eliminated from the playoffs. Well, in Luke Fox’s recent article for Sportsnet, Matthews is quoted as saying, “I was able to kinda get it calmed down a little bit. So after the season, we went through that whole process to just kind of see how it goes and see if it feels any better.”
Clearly, he and the team knew what they were doing because the initial timeline of his recovery process from after the surgery was six weeks and that would’ve taken him up until training camp and potentially even missing it. So by this recent news from Luke Fox, it’s sounding like Auston Matthews is still on track and will be ready to play opening night against the Montreal Canadiens.
Luke Fox goes on to say that the forward was in Arizona for some on-ice workouts and that is when his wrist needed to be taken care of. Matthews is quoted again as saying, “It just didn’t feel right, so I decided to get another opinion and imaging and stuff like that and clean it up a little bit. It’s nothing serious. So I’m happy we got it done.”
The Toronto Maple Leafs begin their preseason on September 25th when they take on the Montreal Canadiens and the real stuff gets underway on October 13th when they play, none other than the Montreal Canadiens again.
Uncategorized
Recent articles from Joseph Zita