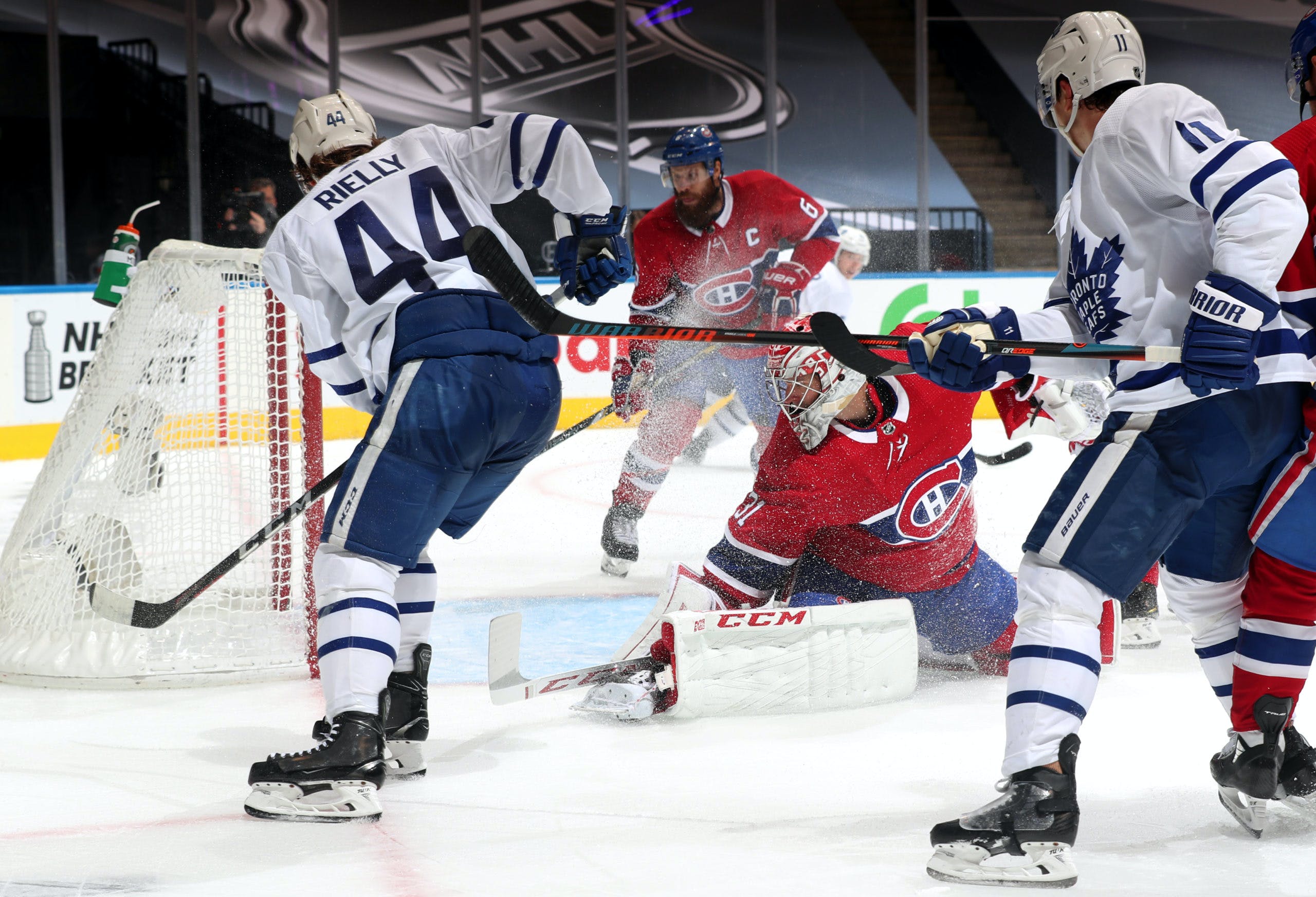 By Marsha Joseph
2 years ago
The price being a loss, of course.
ITS MAPLE LEAFS GAME DAY NUMBER ONE OF THE 2020-21 SEASON FOLKS.
While the arena will be empty, that doesn’t mean the energy will be lost. If the Blue vs. White game was any indication, we’re in for a real treat with this home opener. It will be different, but special nonetheless.
If you weren’t excited already, now is the time! This is a new season, a new team, and 56 game season to prove their worth.
Tonight we get to see the Leafs back in action again the Canadiens at Scotiabank Arena, in one of the first matchups in the Scotia North Division. In a squad with several new faces alongside many familiar ones, this game is just one opportunity for us to see how the new works with the familiar.
This game serves as the anticipated hometown welcome for Wayne Simmonds and Joe Thornton. When Simmonds signed, he made a point of saying “Anything happens to the boys, I’ll be the first to jump in.”As the king of true grit, I expect nothing less in a game against the Montreal Canadiens. Jumbo Joe Thornton, established team dad, has already expressed how comfortable he is with this group. That is extremely important considering how he is expected by many to keep up with both Auston Matthews and Mitch Marner.
He’s been putting in the work.
The chance to see the debut of Wayne Simmonds, Joe Thornton, Jimmy Vesey, TJ Brodie, Alexander Barbanov, and Zach Bogosian, in an official game capacity decked in the blue and white with the maple leaf on their chest, is thrilling! Honestly, it’s reason enough to tune into this game.
If you need more convincing take a look at these clips from the last two days of practice.

Vesey is the biggest tossup of all the new additions to the Maple Leafs. He didn’t have much of an opportunity to prove himself in his brief stint in Buffalo, so a portion of his time on the Leafs will be spent shaking the doubt away. Where he is in the lineup makes him one to keep an eye out for. He has the potential to do great things.

With a heightened confidence that only seems to grow after the end of last regular season, Kotkaniemi will be looked to as the Canadiens new scoring weapon. His coach and teammates boast of his amazing shot, so it’ll be nice to see if it works in his favour during a game.

Some fans may have the looming thought of “October Freddie” in their mind, thankfully its January. Hopefully the slow start we are used to isn’t something we will see this season. That being said, we should all remain optimistic at the fact that Fred is excite do get a start on this season. He’s not going to let contract negotiations hold him back. He’s a reliable goalie, so lets hope he is off to an amazing start this year.
Canadiens starting goaltender: Carey Price
Standing behind a mainly new defence core, it will be interesting to see how Carey Price will have to play in this season opener. It is something that will take getting used to for sure. The time off before a 10 game stint in the playoffs has surely made a difference for Price. Expect him to be a difference maker in this game and for the Habs season.
The game will be broadcast on Sportsnet and will begin at 7:00PM EST.
Uncategorized
Recent articles from Marsha Joseph