Toronto Maple Leafs may need to be cautious with John Tavares 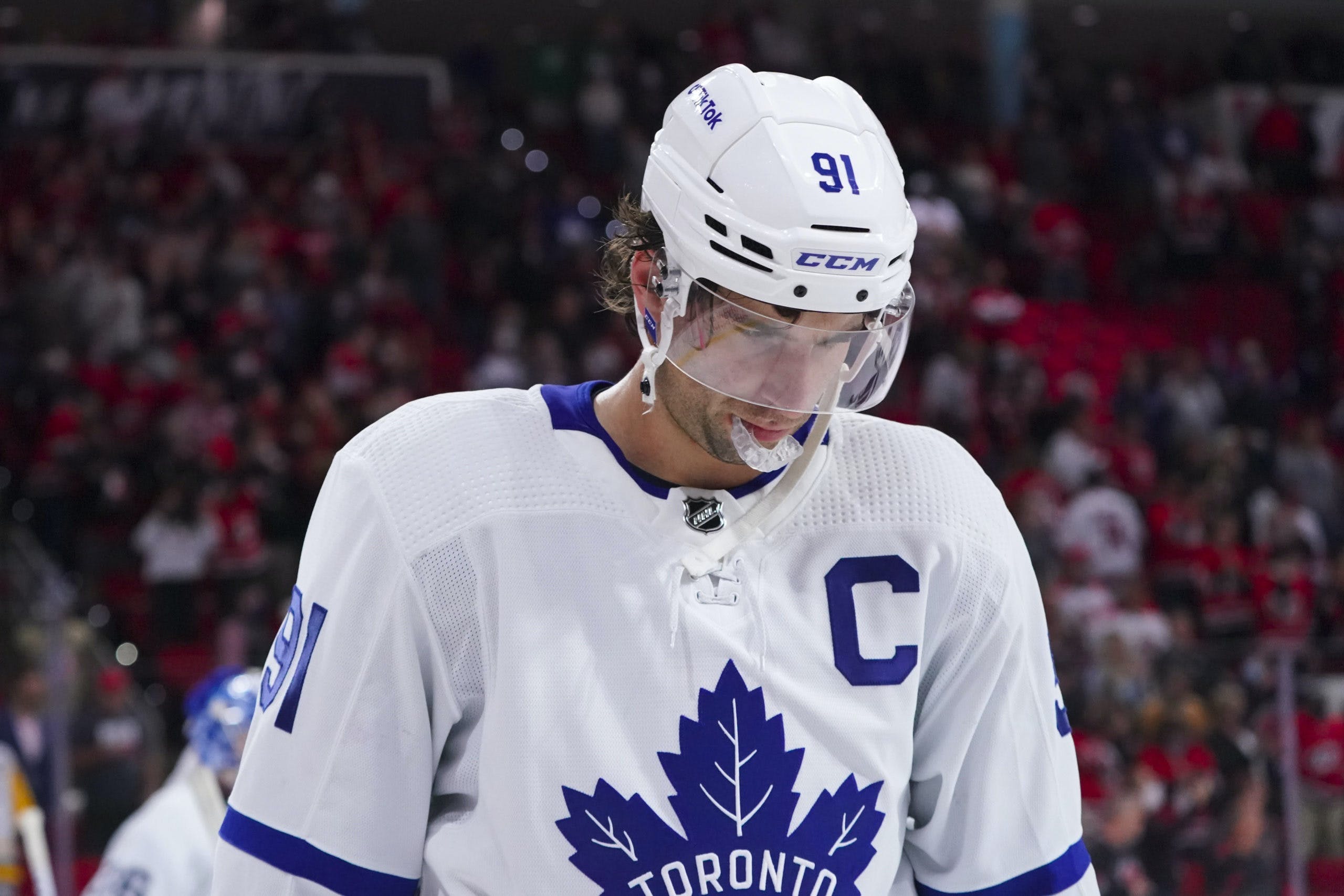 By James Reeve
1 month ago
Toronto Maple Leafs captain John Tavares is currently sidelined due to injury, but he has not been officially ruled out for the team’s regular season opener.
Tavares has missed the majority of training camp and pre-season action for the Toronto Maple Leafs after suffering an oblique injury on September 24th, initially ruling him out for a minimum of three weeks. This timeline would have seen him miss out on playing for the team in their opener against the Montreal Canadiens on October 12th, but that may no longer be the case.
According to head coach Sheldon Keefe, the Leafs’ captain is progressing well in his injury, having returned to the ice earlier this week, and it will primarily be up to how Tavares is feeling as to whether or not he will be available for the opening game of the regular season.
This is obviously positive news for the Leafs, who would much rather have their captain, who has 119 goals and 274 points in 280 games since joining his boyhood club in 2018, but is it the right decision to let him play in the opener?
Rushing the 32-year-old centre back into the line-up could have adverse effects on the team. Obliques are important muscles near the abdomen that help support internal organs and the spine, allowing people to stand up straight. It can affect a hockey player’s ability to skate properly and will be very uncomfortable if it does not heal fully. Having Tavares suffer through discomfort just to have him on the ice may not be the right move.
Tavares was hoping to enter this season with a clean bill of health after spending the last off-season recovering from the horror injury suffered in game one of the Leafs’ 2021 playoff series against the Canadiens. His health will be of paramount concern after such a significant injury, one he was able to recover from and put up 76 points (27 goals, 49 assists) in 79 games. Having him return to the ice when he is 100% healthy, not just feeling good enough, should be the priority for the team.
Keefe’s words did not necessarily suggest that the team will have Tavares for the season opener, and it would be foolish to believe the team’s backroom staff would not take anything but the utmost care with the captain’s health, but the risk of re-injury will linger until Tavares shows that he is fully recovered.
Losing Tavares for any extended period of time will be disappointing for the Leafs, but it would be better for the team to not have him available right at the start of the season than say a month or so into the campaign, when he could miss a tough winter schedule that helps the team shape up their regular season outlook.
Tavares is a competitor, however, and if he feels okay it would be understandable that he would at least attempt to get himself back onto the ice in time for the regular season start. This is where the team must be overly cautious. It’s difficult to keep a professional athlete who feels confident in their body’s condition from playing after an injury, but if there’s any hint that Tavares may still have lingering effects from it then keeping him sidelined a while longer is the safest decision the team could make.
News
Recent articles from James Reeve