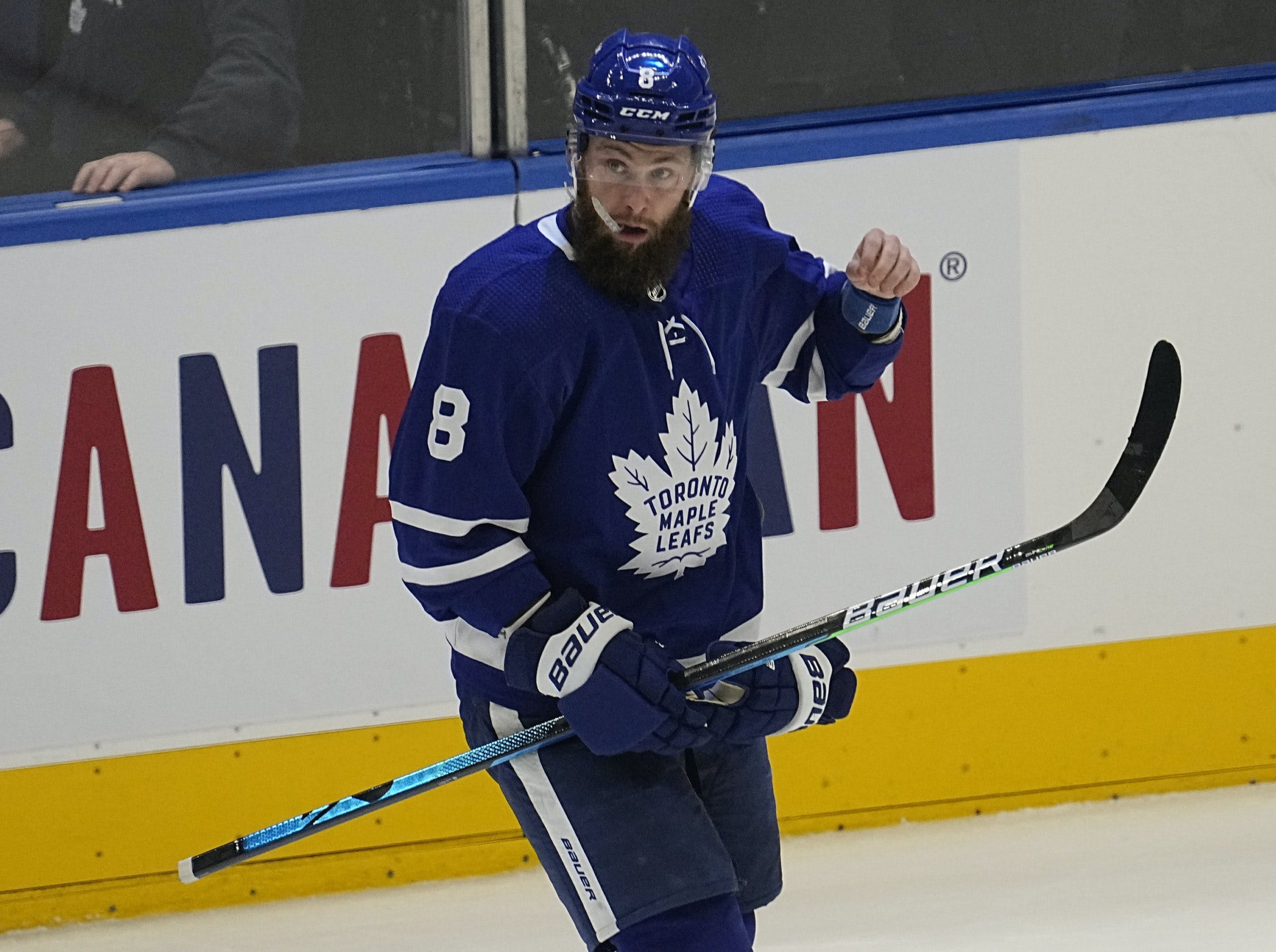 By James Reeve
3 months ago
The Toronto Maple Leafs are at the maximum 50 SPCs permitted in the NHL and they need to move some of them out sooner rather than later.
All NHL teams are allowed to sign up to 50 players to Standard Player Contracts, meaning they are eligible to play for the team in the big league and will count against the salary cap when they are called up from their respective minor, junior or international leagues. At the time of writing, only two teams in the entire league have reached this limit; the Vegas Golden Knights and the Toronto Maple Leafs.
The average around the league is in the mid-40s, roughly 45 or 46, with only the San Jose Sharks sitting one spot behind the maximum allowance. It makes sense for teams to allow themselves the flexibility of adding more players throughout a season, especially if injuries become a regular occurrence, and the Leafs find their hands tied with their inability to do this.
This issue should be resolved as quickly as possible, as the Matt Murray injury situation has clearly highlighted the team’s desperate need for this flexibility. When Murray first suffered his injury, it was unclear how long he would be out for and whether or not LTIR would be an option for the team. In the moment of it first coming to light, there was a collective panic around Leafs Nation as the team had no cap space to work around brining anyone up from the minors, the team was already limiting itself to just 20 players, and there was no room to add a free agent who could come in at short notice.
Fortunately, in some ways, the Toronto Maple Leafs had to place Murray on LTIR and lose him for at least the next ten games, which allowed them to bring up some players from the minors to fill out the roster. However, the team can’t make any further additions or changes, whether that is via trade, free agency or even signing one of their prospects to an ELC, and this needs to change.
Offloading the contracts of players who are likely never to feature in the NHL would be a sensible move, freeing up space while acquiring assets, most likely draft picks as any deals involving player swaps would need to be one-for-one, or equal-for-equal numbers. There are still some players available in free agency who could step in and be effective for the Leafs on cheap, short-term deals but there’s no room for them to be added while the team is stuck at the 50 SPC limit.
Trading away some existing NHL players from the roster would also help the team in more ways than one, as it would free up more contract spots to make multi-asset deals further down the line while also freeing up more cap space to work within across the season. This is something that could become crucial to the team if the likes of Murry and Jake Muzzin are unable to remain healthy for large portions of the year, leaving the team short in areas and needing to rely on internal options rather than having the freedom to acquire a player from another team.
Jakob Chychrun is a player that has been mentioned as a possible trade target for the Leafs, but without SPC slots and cap space to work with, any deal that could realistically improve what the team currently is is limited and general manager Kyle Dubas will surely be looking at where he can find that space to work within. If not, things are going to be tricky for the Leafs’ pursuit of success in the post-season.
Editorials
Recent articles from James Reeve