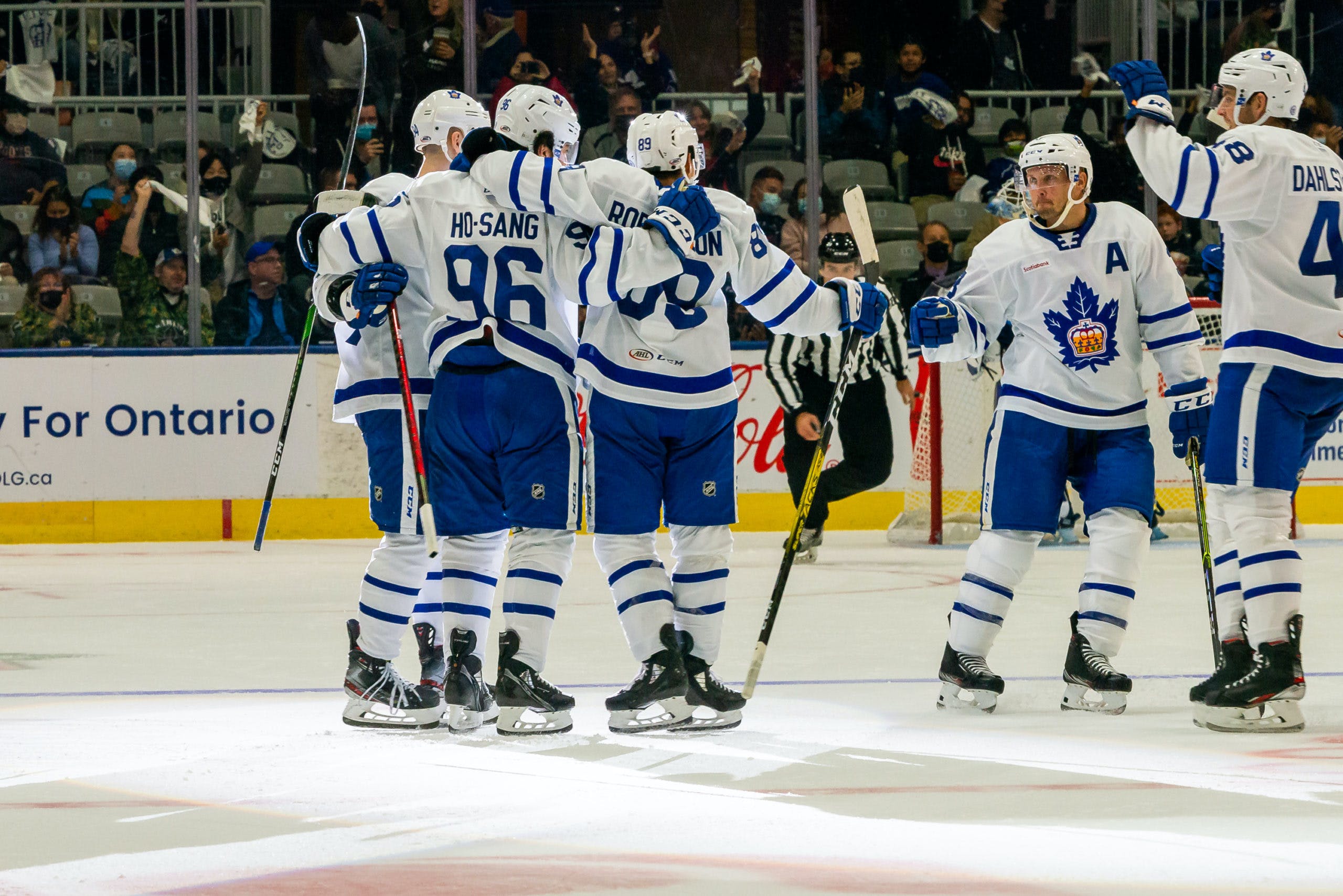 By Nick Barden
1 year ago
@Josh Ho-Sang is headed to the Olympics for the first time in his career.
The 26-year-old returned to Toronto this summer to join an organization that wanted to help him.
Signing an AHL deal with the Toronto Marlies was a start to his journey back, but this opportunity, at the Olympics, could catapult him to new heights.
“This is for the people who always believed in me,” said Ho-Sang in an Instagram post when it was announced he was headed to the Olympics. “Thank you for all the support hope I can make everyone proud.”
When he was asked about any NHL opportunity after the Olympics, the 26-year-old said he would speak with Maple Leafs GM, Kyle Dubas because of the help that’s been given.
“I have the utmost respect for Toronto,” Ho-Sang said when speaking to the media after the announcement. “For me, I think that I’m so grateful for everything that they’ve done.”
Being around the Marlies this season, I got to see first-hand what Ho-Sang was like. His personality, his kindness — everything.
“The biggest thing I’ve taken away from Josh is being yourself,” said Matt Hellickson on what he’s learnt about Ho-Sang. “I think he does that the best on our team. He doesn’t let anybody’s opinions of him sway him, and he just sticks to what he does best.”
With this chance at the Olympics, Ho-Sang has the entire country of Canada cheering for him and the rest of the team to return home with a gold medal.
The 26-year-old also has the entire Marlies team behind him.
“It’s awesome,” said Brennan Menell of Ho-Sang’s Olympic nod. “We love that guy in the room, and he’s so skilled and he’s a great player for us, always driving the offence. We were really excited when we heard the news and we’re going to be really excited to watch him play too.”
“Super excited for Josh to be getting that opportunity,” said Hellickson. “I know he’s been working really hard obviously this whole season, so hopefully he does really well over there. Good luck to him.”
“It’s great,” said Marlies head coach Greg Moore. “We’re really proud of him. His work this year has been great. He’s really added a lot to are group as a player and as a person. Really excited to watch him play and we’re cheering for him.”
The Marlies had one practice before heading on the road to play a few more games, so I was only able to get a few comments. Funny enough, each of the three were from American-born.
I wonder if the team has any inside bets with each other on their perspective countries.
There were more Marlies players cheering him on, though, via this Instagram post.
This Marlies team is incredibly excited for him to get this opportunity because he’s earned it.
Ho-Sang has the chance to win a gold medal, and then return to the NHL. Two really exciting steps for the 26-year-old.
But for now, the 26-year-old is only focused on the Olympics, taking it one step at a time.