Torts & the Flyers are in town: Leafs Tailgate 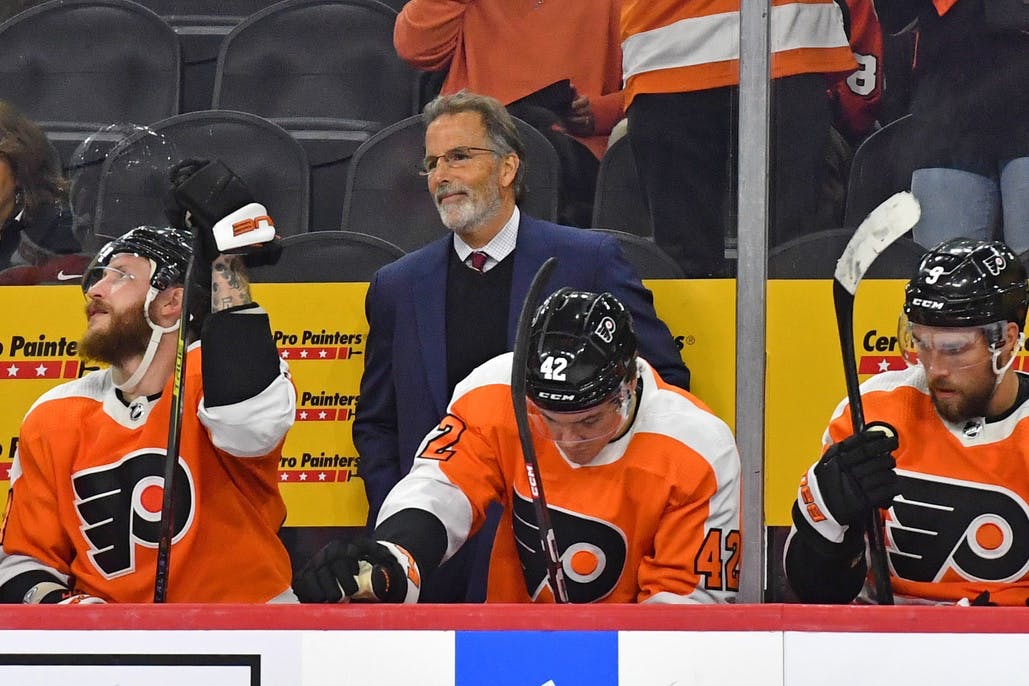 By Nick Alberga
3 months ago
Now that the dust has settled on another embarrassing loss where the Leafs were the punch line of social media jokes once again, it’s time to focus on what’s next.
And that’s tonight, a date back on home ice with the surprising Philadelphia Flyers (5-2-1). John Tortorella’s bunch is coming off a hard-fought 1-0 overtime loss to the New York Rangers on Broadway last night.
After a dismal five-game road trip (1-2-2), the Leafs return home wounded and insecure. Back on Sunday, they were up 3-1 in the third period in Anaheim but couldn’t hold on. The Ducks buried two in the third before Trevor Zegras potted the OT winner to give Anaheim an improbable 4-3 victory.
Toronto, who’s winless in four straight outings (0-2-2), won all three meetings with Philadelphia last season.
Time: 7 PM EDT (SN1)
Starting Goalies:
PHI Felix Sandstrom – LIKELY (0-2-0, 3.14, 0.900)
@
TOR Ilya Samsonov – LIKELY (4-2-0, 2.35, 0.920)
Projected Lineups:

Three Storylines:
PINS & NEEDLES
In case you’re living under a rock or something, the tension has been mounting in Leaf land over the last little while. Toronto finished October a pedestrian 4-4-2 and on top of that, they’re coming off a dismal 1-2-2 five-game road trip. Translation: They better show signs of life soon, or the noise is just going to continue to get louder and louder.
Meantime, the Flyers are probably the last team you want to see right now if you’re the Toronto Maple Leafs. Unsurprisingly, John Tortorella has them playing some inspired hockey, so Toronto better be ready to go. If they’re not, the Flyers might run them out of the building, and we may see another waffle on the ice at Scotiabank Arena.
K.I.S.S
For the most part, the Flyers play a basic and simple game, Toronto needs to replicate that. I get it, the Leafs have ridiculous skill, but sometimes less is more. How many times have they been caught trying to be too pretty lately? Simplify the game, and the rest will come.
HOME ICE ADVANTAGE?
It would be cool if Scotiabank Arena became a tough building to play in for the opposition. You look around the league, there’s so many imposing barns where you just know it’s going to be a tough night for the visitors. Seeing as Toronto will be playing nine of its 15 games in November on home ice, it would be nice to see them go on a little run at home here. The Leafs went 3-1-0 in four home outings in October. Build off that!
BETTING:
Courtesy our friends at PointsBet Canada, here’s tonight’s lines & odds:
(As of Noon EDT)
Prop Play:
Leafs PL (-131)
Editorials
News
Recent articles from Nick Alberga