Up and down weekend for Knies, Abruzzese stays hot for Marlies: Leafs Prospect Roundup 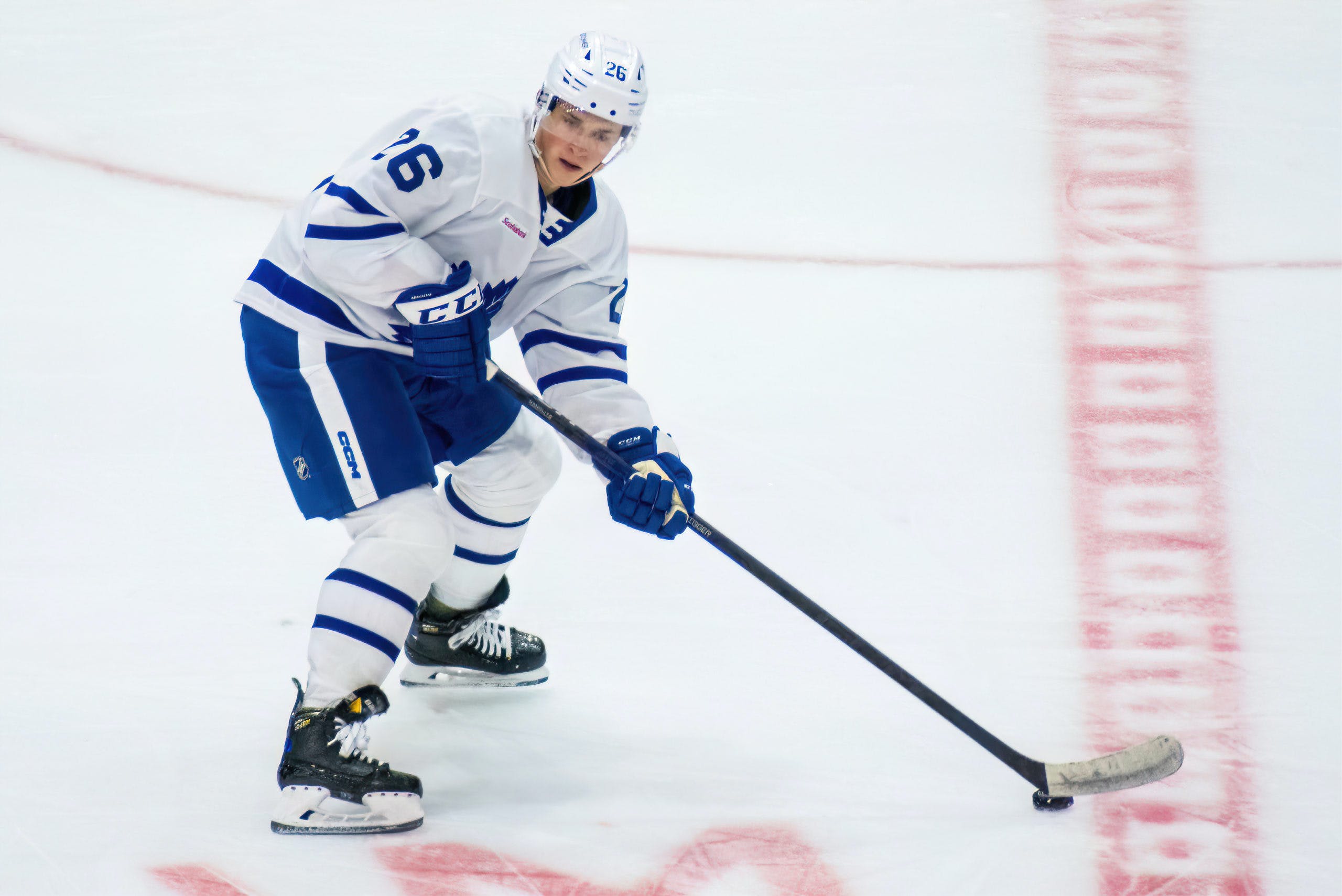 By Nick Richard
8 days ago
We are now just a little over a month away from the NHL’s trade deadline, and much of the talk surrounding the Leafs has been centered on how they can improve their current roster before March 3rd.
Speculation about potential trade targets naturally leads to discussion regarding exactly what the Leafs have in terms of trade assets and which ones they might be willing to move. The Leafs will almost certainly have their 2023 and 2024 first-round picks on the table, but will they will be willing to move off the organization’s top prospect in Matthew Knies if that’s what it takes to land an impact player for a crucial playoff run? What about other highly regarded young pieces like Nick Robertson, Topi Niemelä, or Fraser Minten?
What the Leafs have working in their favor is that despite a lack of high draft picks in recent years, there is depth in their prospect pool, and many of their recent picks have performed well enough to raise their stock, not only in the eyes of the Leafs but amongst other NHL organizations as well. Will other teams have interest in some of the Leafs’ middle-tier prospects like Ty Voit or Nick Moldenhauer, who are both putting together impressive seasons?
I recently published a series ranking the top prospects in the Leafs’ organization if you’re looking for a more holistic view of what they could offer up to sellers before the deadline, but with trade talks heating up around the league, let’s catch up on what the Leafs’ up and comers have been up to lately.

Knies and the #2 ranked Gophers took on #8 Michigan, and it was a tale of two games for Knies and his linemates. The trio of Knies, Logan Cooley, and Jimmy Snuggerud led the charge in Friday night’s win. They opened the scoring on the man advantage when Knies took a puck to the front of the net and Snuggerud was there to clean it up. Knies got into the goal column a little later on with a great power move off the rush, and after Minnesota tied it up late, he would finish off a fantastic performance by pouncing on a loose puck in the crease to secure the overtime winner.
Things didn’t go nearly as well for the Gophers’ top line in Saturday’s rematch, with the trio going a combined -9 and Cooley registering a lone assist in a losing effort. Snuggerud was also assessed a five-minute major and a game misconduct for a check to the head near the end of the second period, adding to what was a frustrating night for the team.
Even with Saturday’s disappointing showing, Knies has been hot as of late. In his last 13 games, he has tallied eight goals and eight assists, taking over the BIG10 goal-scoring lead with 15 for the season. His numbers haven’t taken a massive leap this season, but he has been an even bigger focal point for Minnesota in his sophomore season, and he has done nothing to lose his place as the Leafs’ top prospect. You can bet that his name will be the first that comes up from opposing teams in any trade discussions, but it would take a massive return for the Leafs to consider moving their most prized prospect.

Abruzzese took a little bit to find his footing in his first full season of pro hockey, but he has been on fire with the Marlies as of late. With a pair of goals in Saturday’s shootout win over Laval, he extended his point streak to seven games, notching five goals and seven assists in that span.
Now with 13 goals and 18 assists through 39 games, Abruzzese finds himself just one point shy of Sammy Walker for the AHL rookie scoring lead. He is looking more and more confident with each passing game, and the offensive skill and intelligence that were ever apparent over his two seasons with Harvard have started to show up in the AHL with more consistency.
Abruzzese is in tough to crack the Leafs’ lineup down the stretch, especially with the recent emergence of Bobby McMann, who is a better theoretical fit in a bottom-six role. Never mind the fact that the Leafs are likely to make an addition to their forward group ahead of the deadline. With his recent uptick in production and the fact that he is a more mature player at 23 years of age, Abruzzese could be part of the solution in another regard as a player who rebuilding teams with openings in their forward group might be interested in ahead of the deadline. Either way, the Leafs have to be impressed with how Abruzzese has progressed so far this season.