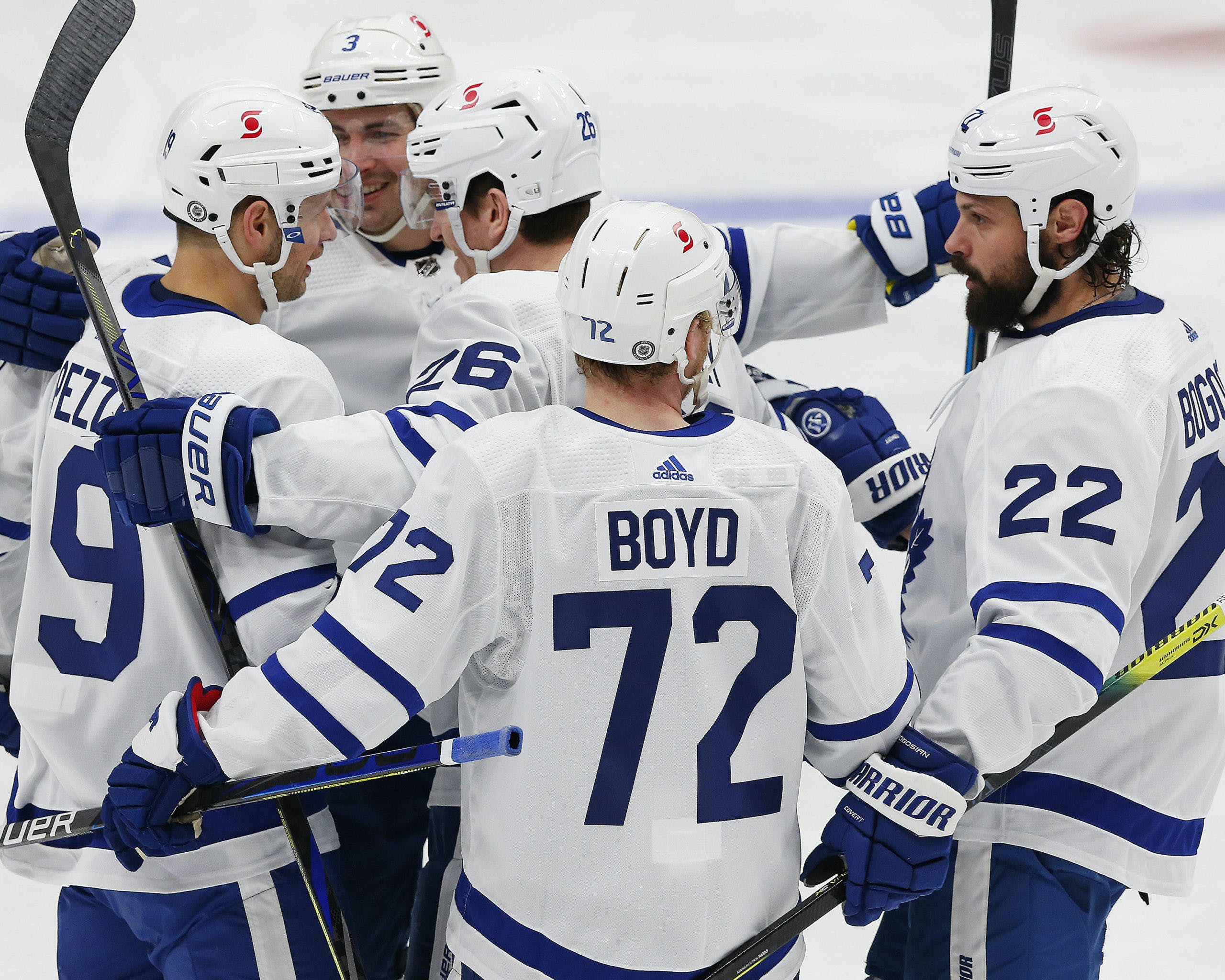 By Roxanne Khasow
1 year ago
The Toronto Maple Leafs were looking to take their third win and make a clean sweep tonight, while the Edmonton Oilers were looking to reignite their spark and get their fire going. The Leafs managed to shutout the Oilers and leave Connor McDavid without a single point the last two games, but would they be able to do it again? I mean, it’s what the people want (and if you were wondering, yes, I am people).
As the puck dropped for the third game in this series, and with a few good chances on both ends of the ice, you could tell that both teams were ready to get this game going. Just over the half-way mark into the first period, Jason Spezza made a play from the side of the net, which Travis Boyd redirected right to Jimmy Vesey who had just skated off the bench and got the puck past Mike Smith, which gave the Leafs the early lead and made it 1-0.
Well, the Vesey train didn’t stop there. Around the three minute mark into the second period, Zach Bogosian made an across ice pass to Boyd, who passed it to Spezza, who then passed it to Vesey who scored his second goal of the night, which gave the Leafs a 2-0 lead.
And less than two minutes later, James Neal took a penalty for slashing and just six seconds (six!) into the Leafs’ power play, good ol’ John Tavares scored off a pass from Joe Thornton who picked up the rebound from Mitch Marner’s shot on net, which made it 3-0. The buds were buzzing.
It looked like tonight’s matchup was going to be one of those games, you know, the ones filled with lots and lots and LOTS of goals. Just a few minutes later, Zach Hyman got a play going with a shot on net, and Ilya Mikheyev picked up the rebound and scored, which gave the Leafs a beautiful 4-0 lead.
But, the Oilers weren’t ready to give up yet. Around 14 minutes into the period, Ryan Nugent-Hopkins got the puck past Frederik Andersen and scored the first goal for the Oilers in four days, making it 4-1.
As you should expect by now, the Leafs put in some work and answered right back. Less than five minutes later, William Nylander decided to get in on the action. With a pass from Tavares, Nylander held the puck, took his time, shot, and scored, giving the Leafs a 5-1 lead.
Just around the half way mark into the third period, Nugent-Hopkins took a penalty for tripping. Hyman scored just 11 seconds into the power play as he picked up the rebound from Spezza’s shot towards the net, making it a 6-1 game. I told you, one of those nights.
The Leafs ended the night outshooting the Oilers 31-24, and held on to their 6-1 lead. Not a bad way to end their Toronto-Edmonton series, right?
Most Valuable Leaf: Jimmy Vesey
Jimmy Vesey had himself a night. After a very long draught, with two goals, and lots of action, he is without a doubt my MVP of the night.
Least Valuable Leaf: Auston Matthews
Yes, you read that right. How dare Auston Matthews come back after being off for two games and not even rack up a single point. Blasphemy. In all honesty, this is a joke, the Leafs played a solid game and this is the best I could come up with.
Tweet of the Night:
I guess Hyman is a new Dad, again.
What’s Next?
The Toronto Maple Leafs look to extend their winning streak as they continue their road trip out west to take on the Vancouver Canucks tomorrow night at Rogers Arena. Catch the game on TSN at 10:00PM.
Uncategorized
Recent articles from Roxanne Khasow