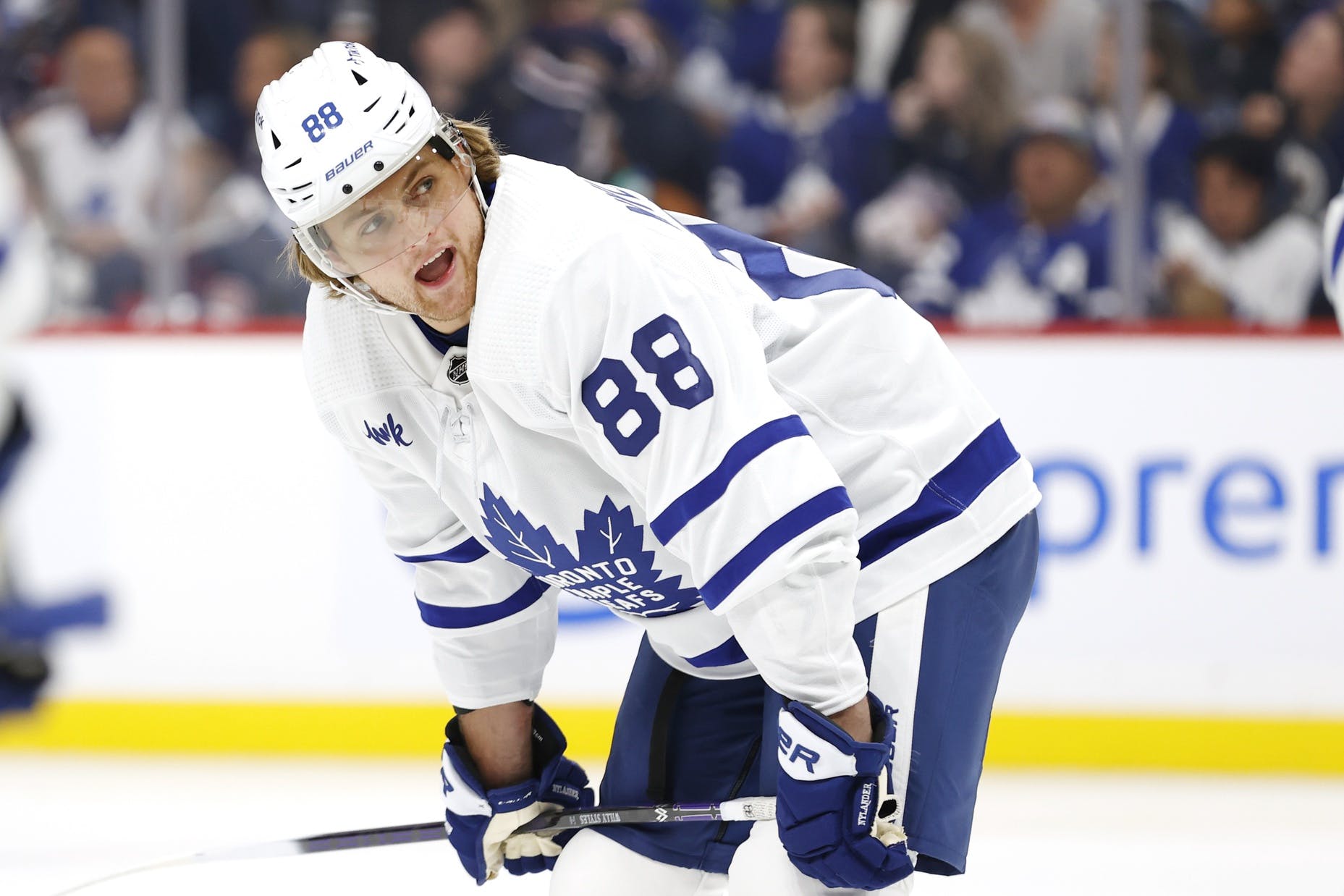 By Mike Gould
1 month ago
Toronto Maple Leafs forward William Nylander came through with a slick breakaway goal to win Tuesday’s game against the St. Louis Blues in the final minute of overtime at Enterprise Center.
Nylander picked up the puck at centre ice and beat Blues forward Vladimir Tarasenko in a straight-on footrace before depositing a neat backhand shot past goaltender Jordan Binnington to clinch a 5–4 win.
After being held off the score sheet entirely through 60 minutes of regulation time, Nylander picked up his 21st tally of the season at the 4:03 mark of overtime. The goal was unassisted.
The Maple Leafs led 4–3 entering the third period of Tuesday’s game before Jordan Kyrou scored his 17th of the season to knot it up at four at the 5:13 mark of the final frame.
Justin Holl, John Tavares, Alexander Kerfoot, and Calle Jarnkrok scored in regulation for the visitors; Kyrou, Ryan O’Reilly, Justin Faulk, and former Leafs defenceman Calle Rosen tallied for the home side.
The Maple Leafs outshot the Blues by a 37–34 count on Tuesday and improved to 22–7–6 with the victory. In doing so, they became the third NHL team to reach 50 points in the standings this season (after the Boston Bruins and Carolina Hurricanes).
Toronto goaltender Ilya Samsonov stopped 30 of the 34 shots he faced to pick up his 11th win of the season. Binnington allowed five goals on 37 shots at the other end of the ice. The Blues now rank fifth in the Central Division with a 16–16–3 record and 35 points through 35 games.
The Maple Leafs will have Wednesday to enjoy their win and travel before they head to the desert on Thursday. They’ll grace the ice at Mullett Arena for the first time for a tilt that evening with the streaking Arizona Coyotes, and you’ll be able to catch that game at 9:00 p.m. ET on Sportsnet Ontario.
Uncategorized
Recent articles from Mike Gould