What Leafs are due for a regression season? 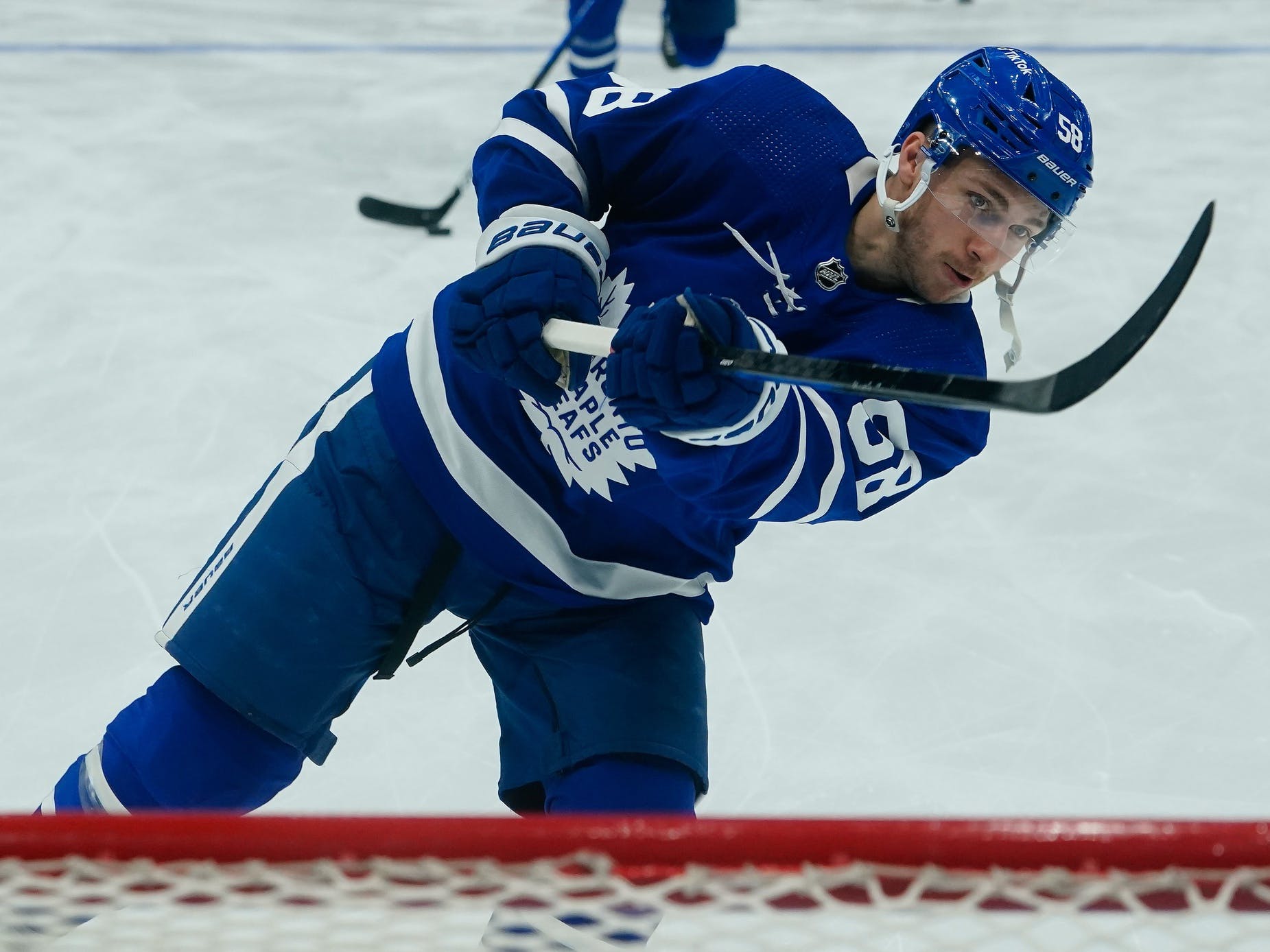 By Jaden Ho
4 months ago
The 2021-22 Toronto Maple Leafs’ team was arguably the best team in franchise history, setting the all-time franchise records for points in a season with an impressive 115-point campaign. Leading the charge for the record-setting team was a handful of players who had career seasons, from superstars like @Auston Matthews, who became the first NHL player in a decade to hit the 60-goal mark, to role players like @Michael Bunting, who was a Calder Trophy finalist, to bottom-6 guys like @David Kampf, who set career highs in goals, assists, and points.
The natural thing to wonder about any player who has such a breakout year is whether or not their new pace is sustainable. Is @Michael Bunting really a 20-goal, 60-point guy? Can @David Kampf score double-digit goals next season? Will @Auston Matthews be a 60-goal scorer again? Let’s examine which breakout Leafs are due to take a step back, and which ones are safe bets to pick up right where they started.

As if scoring 60 goals in a season in the modern-day NHL isn’t impressive enough, Matthews took it a step further in 2021-22, reaching 60 goals despite missing 9 games of action. His 50 goals in 50 games from November to April was the first 50 in 50 stretch the NHL has seen since Mario Lemieux in 1995-96. That kind of season seems like it would be near impossible to match, but if anybody in the NHL could do it, it would be Matthews. If not for COVID shortened seasons, 2021-22 would have been his second 60 goal campaign, and his third time reaching 50 goals, as he scored at a 55 goal pace in 2019-20, and a 64 goal pace in 2020-21. He’s only gotten better year over year since he entered the NHL, so it wouldn’t be unreasonable to expect him to take another step forward, rather than a step back.

Bunting was a revelation for the Leafs in his rookie season (which was somehow also his third season). After signing a 2 year $950k contract with the Leafs last summer, coming over from Arizona, he had a massive breakout season playing on the top line with Matthews and @Mitchell Marner. He showed that he had great offensive ability, putting up 63 points on the season, but also was a player who could really get under the skin of his opponents. He played in the dirty areas, crashed the net, battled in the corners, and really acted as the pest that the Leafs had been sorely lacking for several seasons.
How much of Buntings newfound offensive production, however, should be accredited to his superstar linemates? This was one of the key arguments against his Calder Trophy case early on this summer, and it’s a valid concern. Would Bunting really put up 20 goals and 60 points if he was playing on a line with @Pierre Engvall and @Alexander Kerfoot instead of Matthews and Marner? Probably not. So while Bunting had a massive breakout season in 2021-22, his ability to return to that form likely is very dependant on who he ends up playing with in 2022-23. Considering the chemistry that he showed with the Leafs two stars, it seems like he’ll be a safe bet to remain on that top line, and a relatively safe bet to repeat the production we saw from him last season.

When Kampf joined the Leafs last summer on a 2 year, $1.5 million contract, the expectations for him were quite clear. He was going to be a defence-first forward who would provide next to nothing in the offensive zone. It was a pleasant surprise for Leafs fans when he went and put up career highs in goals, assists, and points. After managing only one goal in his last season with Chicago, Kampf broke out in a big way offensively, putting up 11 goals and 15 assists, for 26 points.
So which Kampf is the real Kampf? The one who put up one goal for Chicago? Or the one who broke out offensively in Toronto? When you look at his career numbers, it seems like the answer is probably somewhere in the middle. Kampf’s career shooting percentage is 7.5%, just a couple ticks below the NHL average of 9.46%. In 2020-21 with Chicago, he was snakebitten, scoring on an absurdly low 1.6% of his shots. In his breakout year with the Maple Leafs, Kampf scored at a far more impressive 10.8% rate, slightly higher than the NHL average, and just under two percentage points higher than his previous career best. Based on this, it seems like it would be reasonable to expect Kampf to take a slight step back this upcoming season, regressing closer to what has been his career mean.
With all of this in mind, the Leafs should be able to repeat their success from last season. Keep an eye on young players like @Nick Robertson and @Timothy Liljegren to take steps forward and have career years of their own, perhaps filling in for aging veterans like @Wayne Simmonds or @Jake Muzzin who might take a step back in the season to come. It will be crucial for the Leafs to continue to find players like David Kampf and Michael Bunting, who can play key roles at a low price, in order to continue to be competitive in the Auston Matthews era.
More from TheLeafsNation.com: