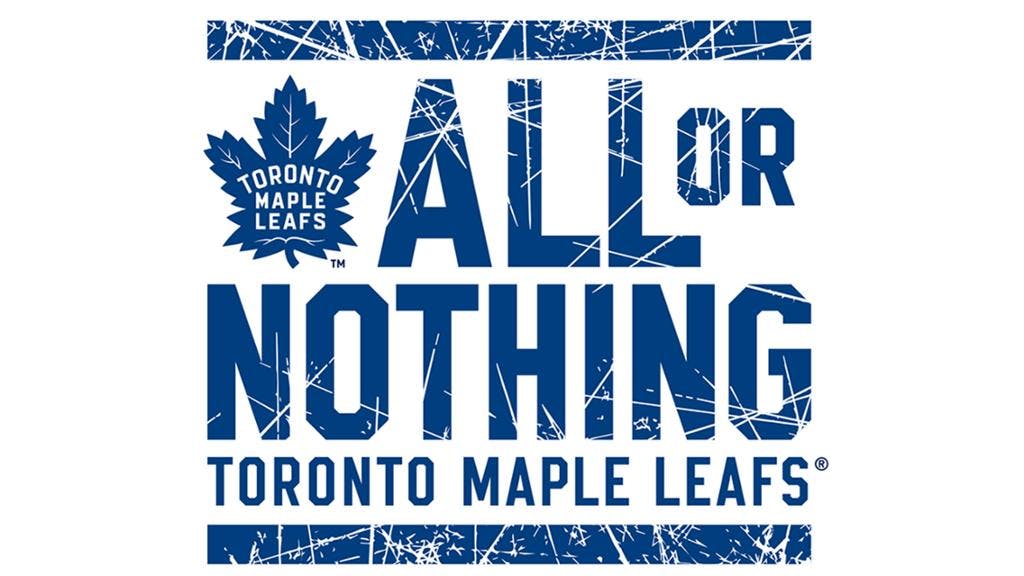 By Nick Barden
1 year ago
We’re just under a month away from Amazon’s ‘All Or Nothing’ series on the Maple Leafs. It debuts on Amazon Prime just 13 days before the start of Toronto’s season.
Everyone has feelings towards this series, whether that be excitement or the feeling of ‘ugh, I don’t want to watch this.” Either way, you’re likely watching it.
I’ll be honest, I’m really excited about this docu-series. I’ve always been someone who loves to go behind the scenes. To me, it gives you a feel of who each player is behind the curtain. You get to see their real personality and everything they’re all about.
The biggest question to ask is “How much did the Maple Leafs cut out?” This can’t be called a documentary if management at MLSE saw one part and said they wanted that cut from the final product. It’s supposed to be a raw and uncut version of what this team is like behind closed doors.
I’m not sure we’ll never know, but it would be upsetting if we heard that there were some cuts.

What we could expect

I’ll begin by pointing out that I was more excited for this docu-series before both trailers were released. Understandably, this is about an entire team, but what I get from the trailer is that there won’t be much speaking from either one of @Auston Matthews or @Mitch Marner.
You have arguably one of the NHL’s most marketable stars in Matthews, along with Marner, who seems to be the most personable player on the team. I’m curious to see what happens in terms of those two and their roles within the docu-series. They are going to be long episodes with each likely around 50 minutes, so there will be time for each player to pop in. Though if we don’t see much of them, it’ll leave a sour taste in my mouth.
Another downside from the trailer was seeing the number of players speaking who have left the organization in this past off-season. It may be just me, but with so many new players coming into the team this summer there’ll be a sense of it being outdated.
We also see a lot of Sheldon Keefe and Kyle Dubas — both are visibly upset in each trailer. With this part being shown, it likely means we’ll see a lot of emotion from both staff and players, which makes it feel much more real.
Another interesting piece we notice is @Jake Muzzin and @Justin Holl playing golf in what looks like one of their backyards, @Ramus Sandin on a race track and @Joe Thornton rollerskating through Vancouver. I’m curious to see how much Amazon includes outside of the rink. I believe that if we’re brought more into their personal lives, we’ll get to see more of who each player actually is.
The biggest thing I get from this trailer is that it’s a precursor to this season. It seems to me like a series that is all about hyping the fans up for the Leafs’ next season, which is the real All Or Nothing year. We could even call it ‘The Last Dance’.
Either way though, I’m excited. Like I said earlier, this type of series interests me. Going behind the scenes is one of the reasons why I chose to be in sports media. Seeing the person behind the player is so fascinating to me and to be able to develop a relationship with some is very satisfying.
I’m honestly hoping this docu-series hits it out of the park, but for now, I’m going in with lower expectations than normal.
Uncategorized
Recent articles from Nick Barden