What to expect when attending a Maple Leafs game this season 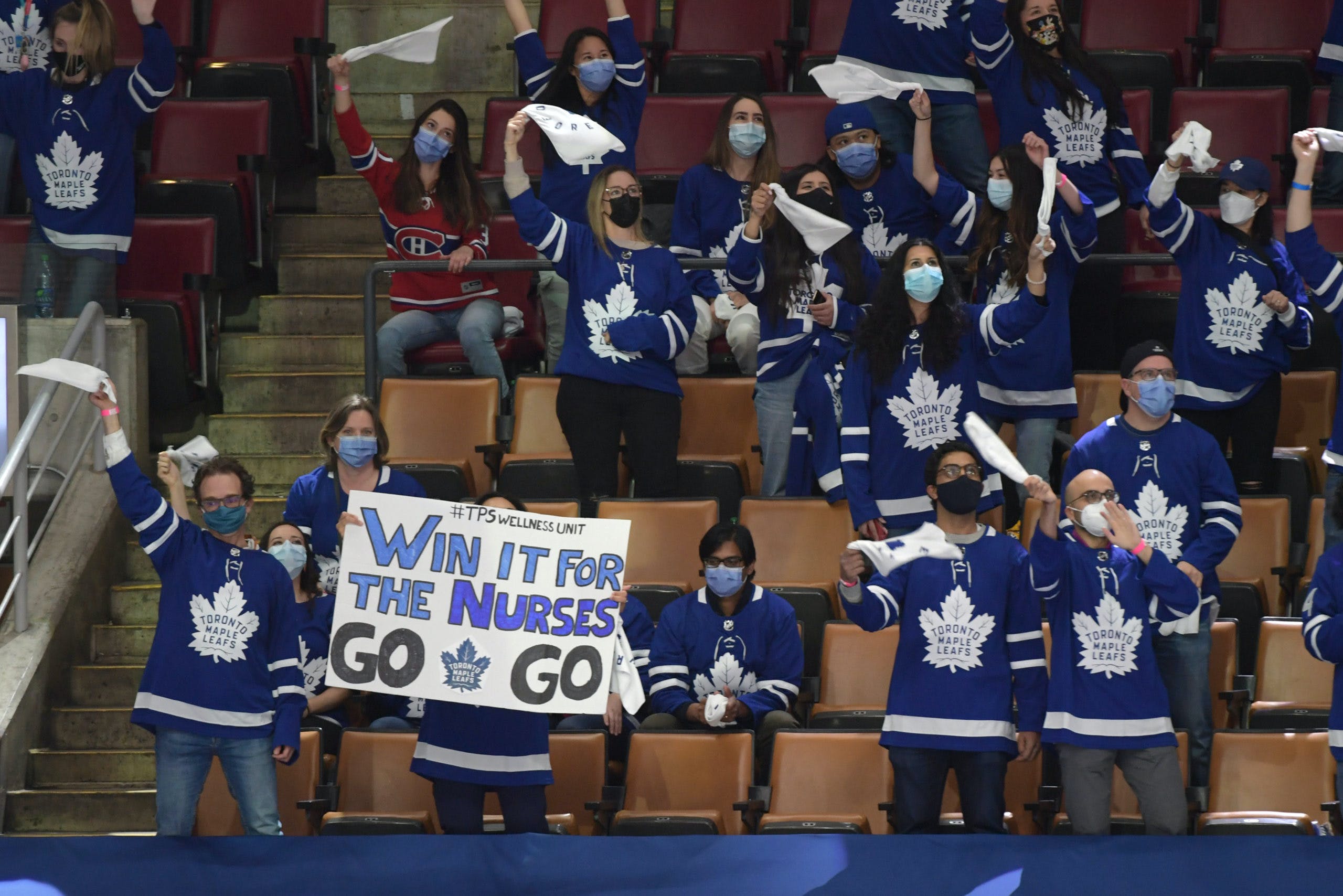 By Nick Barden
1 year ago
We’re officially under a month away from the Maple Leafs’ first regular-season game of the season. And at this moment in time, a lot is still unclear.
The Ontario Government announced earlier this month that the province will have vaccine passports. The Government stated that to enter an arena, you must provide proof of vaccination (completed at a minimum of 14 days prior). That’s really all we know at this point in terms of what you’ll have to show if you wish to attend games.
Among the questions, the biggest is “How many fans will be permitted in Scotiabank Arena?” That’s yet to be answered.
I reached out to Ontario’s Minister of Sport, Lisa MacLeod, for comment, and their press secretary linked me to the province’s re-opening plan. It states that in Step 3, indoor sports and recreational fitness facilities will have capacity limits.
However, a few days ago, the Ottawa Senators put out a statement stating that they expect to be at full capacity:

“It is the organization’s expectation, based upon its full compliance with provincial requirements, that Canadian Tire Centre will have the ability to welcome full capacity for opening night on Oct. 14.”

MLSE has yet to release a statement similar to the Ottawa Senators on the matter. As it seems right now, the Maple Leafs, Raptors and Marlies are waiting on officials to confirm whether a building at full capacity is possible.
An example to look at is the Rogers Centre, which is operating at a 30% capacity. That’s 15,000 fans allowed into the stadium. The reasoning behind that allowance is due to its outdoor venue nature, the risk of spreading COVID-19 is more unlikely.
With that being said, it’s not the same as Scotiabank Arena. And with cases rising within Ontario, there may be a holding point on allowing maximum capacity at sporting events.

What to expect when you attend

The first thing you should probably expect when going back into the arena is providing proof of vaccination, plus a valid piece of ID. As of September 22nd, it will be required to attend a movie, eat at an indoor restaurant, enter a gym, or in our case, view a sporting event live.
On October 22nd, you’ll be able to have a QR code on your phone that will be able to be scanned when entering these areas.
Along with a vaccine passport, you will still be required to wear a mask. In terms of eating and drinking, I would say that it’ll likely be allowed. Right now, you’re still allowed to eat inside restaurants and at outside sporting events. I can’t see us moving backwards on that front.
One more aspect that I believe will be changed is seating. If you take Rogers Centre, for example, fans are seated within the lower bowl. We may see supporters being spread out similar to what we saw in last season’s playoffs. Or spectators could be seated closer together.
Either way, it’ll still be a different experience if you haven’t attended a sporting event since the pandemic began. It seems as though the biggest change will be providing an extra ticket at the door. There will obviously be changes if COVID-19 gets out of hand again in Ontario, but at this point, it looks like we’ll finally see fans back in the stands.
Slowly but surely, life is returning to normal.
Uncategorized
Recent articles from Nick Barden